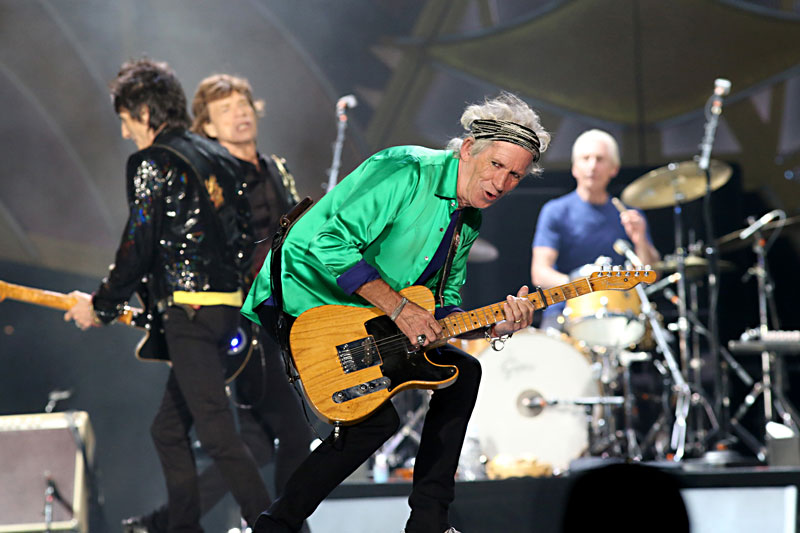 
Catching his breath after a knotty, harp-driven "Midnight Rambler" late in a two-hour main set, Mick Jagger cited the Rolling Stones' first performance in Texas. "San Antonio, 1964," nodded the 71-year-old sprinter. "A hamburger and autograph party at the state fair." Saturday in Arlington – inside a stadium deserving its own post office on the 15-date North American Zip Code tour – sex, drugs, and rock & roll's original poster boys kept their half-century pledge to the Lone Star State. As on the night the band mowed down Zilker Park in 2006, they tipped a (cowboy) hat to Texans, admired their surroundings, and rolled a seven. From 1969-82, the Beatles' onetime counterparts hit the long and winding road nearly every year, a pace that after their own cold war of the Eighties, slowed to every three-plus years until the A Bigger Bang tour rolled through Austin and concluded in Europe 10 months later. Following Keith Richards' bestselling autobiography, Life, which savaged Jagger, another détente between the singer/guitarist band axis appeared distant until, almost as an afterthought, the band marked its 50th anniversary in 2012 with a pair of surprise shows in Paris. Since then, two tours totaling 59 shows only got as far south as Chicago. Fourth stand of this blitzkrieg (Gary Clark Jr. opened the kickoff in San Diego last month), and sole concert in the Republic, this corker made good. Sticky Fingers' new reissue dusted off "Moonlight Mile" a quarter of the way in, its opium-den shivers flashing back to the menace of 1971. Every hit in its wake – and the 19-song set list played out as basic in its staples as any time in the band's history – only dug its heels in deeper. Introducing his customary two-song set midway through, Richards, 71, started by shouting out his longtime partner in crime, late Lubbock sax stud Bobby Keys, who debuted with the Stones on Sticky Fingers and shared the same birthday as Keith. "I swear he can hear that," grinned the guitarist at the response. Richards' leads during "Sympathy for the Devil" had obviously pledged fealty to the darker arts given their sulphuric sting, while partner in six-string sympathy Ronnie Wood, 68, all-out assaulted "Midnight Rambler." Sir Charlie Watts (should be, anyway), 74, the most underrated drummer in all rock & roll, drove the entire juggernaut like the gold coast slaver of "Brown Sugar," whose Keys solo was reborn in Karl Denson's saber-toothed sax. When Watts pounded his kit to finish "Tumbling Dice," even the home of the Dallas Cowboys shook. Lisa Fischer, appearing locally at the One World Theatre on August 8, tore "Gimme Shelter" a new shriek as she has since 1989, Richards at one point crouched in front of her grinning maniacally. Boyish ("Miss You"), playful ("Let's Spend the Night Together"), sincere (a snippet of "All My Ex's Live in Texas"), the Rolling Stones were downright endearing. If they've lost a step, they've accrued untold humanity. 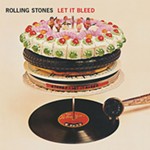 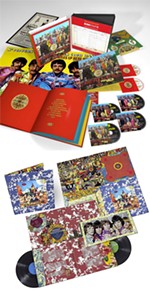