The Austin Music Census hits the fan. As does Tyler, the Creator! 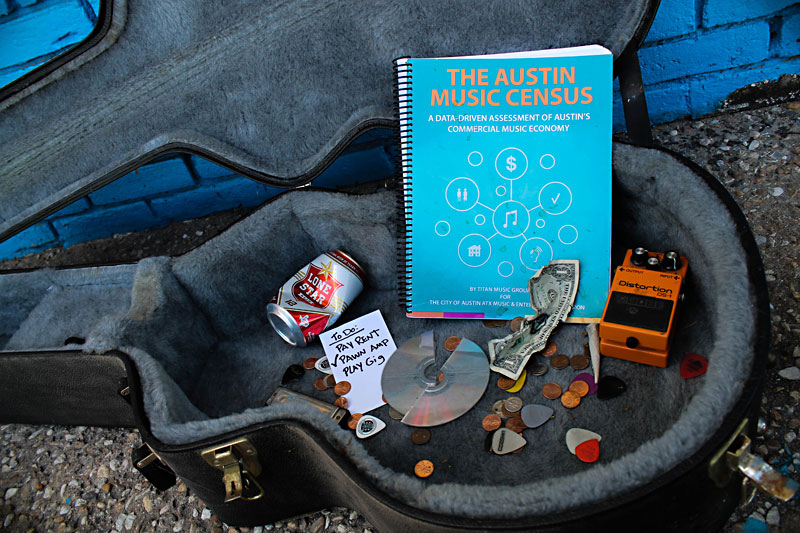 Grim assessments of the Austin music industry aren't hard to come by. Ask any grunt holding a guitar case and they'll tell you how the money's shit, fans are fleeting, and the city's growth is choking out the club scene.

While prosperity escapes the ground floor of the capital's creative class, music ranks in the top 10 contributors to our economy, bringing in $1.6 billion annually. That figure keeps the "Live Music Capital of the World" T-shirts in production and invites complacency from those who want to keep the car rolling without looking under the hood. So Don Pitts, manager of the city's Music & Entertainment Division, took the initiative to appraise the local music economy last fall.

The resulting report went public Monday. At 233 pages, replete with bar graphs, qualitative passages, and analysis, it'll bring out the ADHD in most musicians. Having once served as a report writer for a market research company after being promoted out of their nighttime phone bank, I have a special tolerance for such technical material. Here are some key findings.

MUSICIANS ARE POOR. Of the 1,883 musician respondents, 1,288 reported earning less than $10,000 through all music-related means in 2013. Even factoring in supplementary employment, approximately 75% of local musicians fall below Austin's average annual wage of $48,150. Looking at the top end, just 0.4% netted a music-only income over $150,000 – for that we'd like to thank Bob Schneider for filling out the survey.

SHOW STAGNATION. Adding up how many shows they perform monthly, the most common musician response (49%) was between one and three. Asked about the same number of touring shows, most (44%) cited the same range, while 30% reported none. Yet live performances, both in town and out, ranked as the top two contributors to musician income. So that's, at most, six total shows monthly for pay that 87% consider "stagnated." No wonder we're broke.

DEVELOPING, YET DISCONNECTED. There appears to be healthy job growth in Austin's music industry, with 18.2% of respondents having worked in it two years or less. It's primarily small businesses, with 90% having between one and five employees, but they have "little connection to others in the industry outside of scheduled meetings, events, or online contact," states the report. Participants rated fragmentation and cross-industry collaboration as major concerns.

WANTED: A CENTRAL HUB. Clusters of affordable co-working spaces with meeting rooms was the highest-ranked proposal among industry owners, with 70% rating it "extremely/strongly helpful." The concept promotes collaboration, hopefully leading to innovation.

AFFORDABILITY IS CRUCIAL. In every sector surveyed, the majority of respondents deemed a lack of affordable housing (to own or rent), as well as Austin's increased cost of living, as having an "extremely/strong impact" on them. The incongruence of music industry pay to tech industry living expenses threatens an exodus of Austin musicians.

"The first time I read the report, I cried," says Pitts. "The second time, I was mad as hell. By the third time, I was optimistic, because I realized that if we focus on the right stuff, we can succeed."

His four-person division is tasked with executing initiatives that create economic development in the industry as well as being a resource center for all things music. In the wake of the report, he characterizes the office's past work as "unfocused."

"This census helps us understand our role more clearly, and that's true industry development," he says. "We need to look at music as an industry, then build the industry by taking a leadership role in working with the private sector."

The report ushers in significant changes, organizationally and operationally, for the ATX Music office. Pitts says they've held off on renewing any existing programs for the upcoming fiscal year and will now concentrate on initiatives tied to revenue growth. They'll also restructure over the summer, forming "strike teams" to develop separate strategies aimed at helping musicians, music businesses, and venues.

Meanwhile, Pitts' office will digest the data to plan a long-term strategy. One census-approved need he expects to come to fruition are business "clusters" that'll act as hubs for the local music industry – made possible by his office coordinating with private-sector developers. Of course, not all our ills can be remedied by policy.

"There's no magic bullet that will solve everything," acknowledges Pitts. "There's a lot of moving parts, and it's going to take some time to figure out how to plan our way out of this."

Tyler, the Creator, who was jailed and bailed on charges of inciting a riot at South by Southwest 2014 after encouraging excluded fans to rush the gate at the Scoot Inn, returns to Austin on Saturday to headline Emo's. "After they ran in, I made sure everyone was fine and I continued the show. Everyone had a great time," he said by phone Tuesday. On new track "Buffalo," the Odd Future MC spits, "Tyler the dark-skin, arrested in Austin. Cops know who I was cause their kid said the show was awesome." Says Tyler: "The irony, to me at least, is that I got arrested over some dumb shit and the cops who were taking my information were like, 'My kid loves your music.'" He declined to say whether the charges were ultimately dropped. Saturday at noon, Tyler hosts a video screening at the Marchesa Hall & Theatre, open to subscribers of his new Golf Media app. 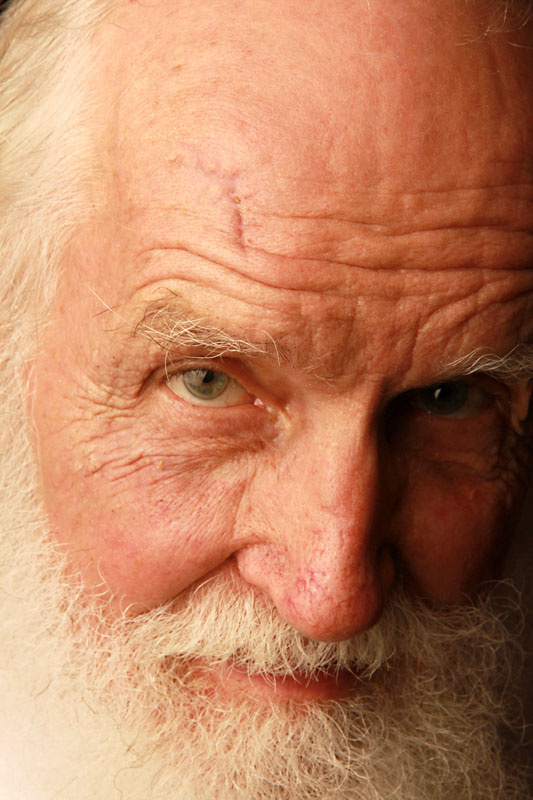 R.I.P. Slim Richey Austin lost a true original last Sunday with the passing of its jazz guitar whisperer, who waltzed off the mortal coil at age 77 due to lymphoma. "He was extremely in-the-moment, as a person and a player," remarked fellow jazzman Elias Haslanger. Richey's free-flowing hollowbody struts enchanted Austin since 1992, anchoring a bevy of bands including Jazz Pharaohs and Jitterbug Vipers. "Nobody played like Slim," said vocalist Kat Edmonson, who cut her teeth alongside Richey in the Kat's Meow. "That voice is gone." Richey is survived by his eternal bandmate Francie Meaux Jeaux, who he married 16 times.

Flood victims in Wimberly and San Marcos receive a helping hand from local bands tonight (Thursday) at Empire. The Hill Country Flood Relief Concert features performances from Wild Child, Grupo Fantasma, Mother Falcon, Whiskey Shivers, Not in the Face, Wild Bill, Ruby Jane, and more. "The flood was absolutely devastating to thousands of families, and as Texans we need to come together to support our friends and neighbors who lost everything," rallies Wimberley native Kelsey Wilson of Wild Child. Tickets $10; nonperishable food donations are encouraged. 5:30pm.