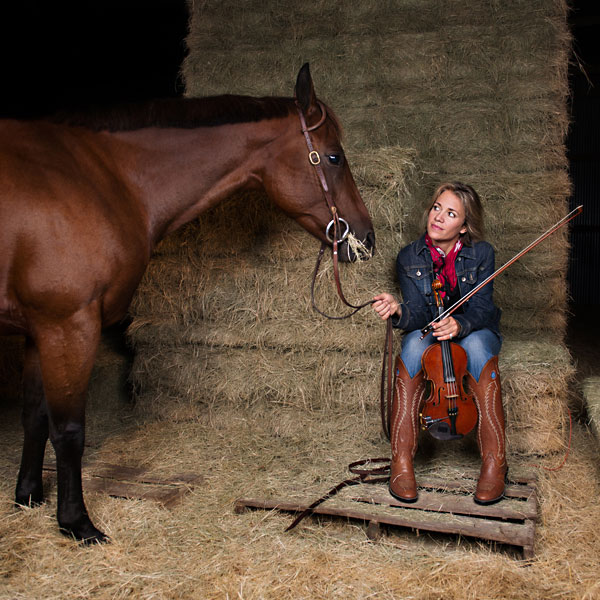 Friday night at the White Horse, and the East Austin honky-tonk has cleared a sizable dance floor for Elana James and her band. Since they're celebrating the release of her new CD, Black Beauty, a folk album in the truest sense, it limits material to the swing and country associated with James' other band, Hot Club of Cowtown.

With "Eva's Dance," the local violinist slips in a ripping new fiddle tune about her adorable canine companion, plus another Black Beauty in trad-country-spiced original "High Upon the Mountain." Otherwise it's a dance party with guitarist Dave Biller filling in for her longtime musical partner in Hot Club of Cowtown, Whit Smith. The next day, she shrugs off the discrepancy.

"I love dancers, and I love the festive environment where the band isn't the absolute focus," says James.

That's her m.o. in a career closing in on 30 years – easygoing, alternative.

James' second solo effort doesn't shy away from surprises. Besides her acoustic-leaning originals, she revisits Eighties pop in Yaz/Alison Moyet's biggest hit "Only You" and Meri Wilson's "Telephone Man." There's also American folk from Woody Guthrie and the Grateful Dead, as well as an Azerbaijani fiddle tune and, from the former Bob Dylan hired hand, a honky-tonk rendition of his "I'll Be Your Baby Tonight."

"They all go together for me," explains James, 44. "I grew up in the suburbs of Kansas City and for people of my age, my generation, that's what was going on. They're of a piece, just great songs. They have form, melody, and cohesive sentiment.

"Alison Moyet's voice always struck me as very earthy and emotional. I've always loved that song. Some people want to hold up the garlic to the vampire when I do that song. They don't want to know that I also like that type of music. I would love to be known for being well-versed on both sides of the spectrum."

Elana James (née Fremerman) began playing violin at age 4. She holds a B.A. in Com­par­at­ive Religion from Barnard College in New York City. That's where she met Whit Smith in the early Nineties and joined his ensemble Western Caravan. She also studied violin and viola at the Manhattan School of Music.

A world traveler, James studied Indian classical music in Brindavan, India. Editorial jobs in NYC were punctuated by summers in Colorado where she worked as a horse packer and wrangler, augmented by playing fiddle in a cowboy band. She and Smith eventually drifted to San Diego where it was warm and cheap to live. There they met Austin's Billy Horton, who invited them to Texas. Once here, Horton began playing stand-up bass with the duo, and in 1997, Hot Club of Cowtown was born.

The trio has since released eight albums of swing jazz with country overtones. Horton didn't last as the bass player, but Jake Erwin, who joined in 2001, did. By 2004, all signs looked favorable for the band. That year they spent the summer opening for Bob Dylan and Willie Nelson's tour of baseball stadiums.

"We had a very stressful year," reveals James. "I think we did something like 240 gigs that year. Now I say that and I can't believe it's true. As the tour was ending, Whit told me he wanted to quit the band.

"It seemed like everything was going good, but for him it was, 'Pull the rip cord; I want out.' What was really happening was that he was sick of being in a band with me and they tried to force me out. They replaced me unsuccessfully and did some gigs. I had to issue a cease-and-desist order to the booking agent.

"I don't blame Whit. I think it was more about the creepy people in the industry more than anything else."

Those black clouds had a golden lining.

"It looks like I got hired by Bob Dylan and then quit [Hot Club]," she recalls. "In fact, it was just a crazy convergence. But I knew who I wanted to play with. I play music with Whit. I invited him to be in my band and he was very gracious. Then Jake joined us."

By 2008, they were calling themselves Hot Club of Cowtown again.

Before that, in 2005, James became the first dedicated female instrumentalist in a Dylan touring band in more than three decades. The next year, she opened his summer tour. Then 2007 brought her self-titled solo debut, a jazzier set than the new one that featured Texas Playboy fiddle legend Johnny Gimble throughout. If such a "get" doesn't speak to her own prowess on the instrument, then never mind.

"I like the first record, but it was a time frame that caused it to happen, nothing else," she offers. "Since Hot Club got back together, there's been no imperative for me to make something new on my own."

She took her time and made Black Beau­ty when she felt like it, mainly for herself.

"I'm not the bandleader for Hot Club," she says. "There isn't one. So when I'm leading a band on my own, it's a completely different experience. I always get nervous when I do those kinds of things, but the Hot Club is one artistic outlet. There's a lot of stuff I like in my weird eclectic taste."

Her off-kilter new folk disc features a tune made famous by genre godfather Woody Guthrie, "Hobo's Lullaby," and an adventurous reading of the Grateful Dead's nearly bluegrass "Ripple." The most courageous of her own songs is based on a sobering source.

"'Hey Beautiful' is a word-for-word final letter home from Iraq by U.S. Staff Sergeant Juan Campos to his wife," explains James. "I first saw it published in The New York Times in 2008 and was deeply moved by the clarity of his love for her and for the life he had back home, and also the camaraderie with his fellow soldiers, so I put it to music."

Black Beauty has a spiritual nature to it, a sense of longing for something greater, deeper. The same might be said about its maker's musical path. Besides working with Dylan, Nelson, and Merle Haggard, she's accompanied locals Slaid Cleaves, Eliza Gilkyson, and Heybale, though she scoffs at the idea of becoming a fiddle for hire.

"I'm comfortable with my career choice," she states. "There's my horse interests. I've been to Europe. I'm fluent and comfortable with other cultures, too. The music Hot Club makes is a perfect melding of the different parts of me and that's what's enabled me to stay with it this long." 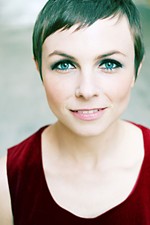 The Big Picture
Are sisters in Austin still doing it for themselves?