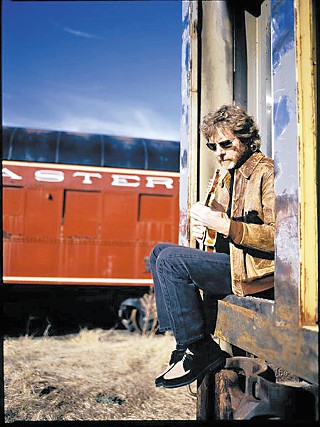 The influence of multi-instrumentalist Sam Bush, best known for his colorful mandolin picking, extends beyond his pioneering role in the newgrass movement. The 63-year-old Kentucky native also enjoys professor status for his instructional material and serves as connective tissue between bygone legends and young upstarts. Before his genre-bustin' quintet storms Dripping Springs, Bush fielded questions while restringing his mandolin.

Austin Chronicle: Bluegrass has more range than ever. The Punch Brothers make progressive pop with string-band instrumentation, while acts like Greensky Blue­grass explore the field from a hippie-rock angle. As someone known for expanding the genre's possibilities, do you appreciate the diversity?

Sam Bush: I think New Grass Revival and other groups I played with helped push that envelope with the longer tunes. It wasn't new to music because rock and jazz stretched out the solos, but it was new to bluegrass when we started doing it. I think it's really healthy that, within the world of acoustic music, everything has opened up so much. I don't want to hear everyone play the same way.

AC: There's an upcoming documentary called Revival: The Sam Bush Story. Have you seen it?

SB: Yeah, it's so odd and overwhelming, not just watching yourself on camera, but seeing others talk about you. But it's a good representation of what I've gone through musically and the shaping of newgrass music. It's premiering at the Nashville Film Fest on April 21.

AC: Considering all the great artists you've played with, what have you taken from whom?

SB: From Jethro Burns I learned musicianship, when to be funny, and when to not be funny. I'd also have to say Doc Watson. He was always so in tune and in time.

I like to lead large jam sessions at festivals like Doc used to. He'd call out your name and say, "Take it!"

Emmylou Harris taught me how to use my voice and that it's okay to let the audience breathe during the show. Before, I'd played everything as intensely as possible. Leon Russell taught me about stage presentation.

Man, I've been to school and those were the bus drivers who took me there. 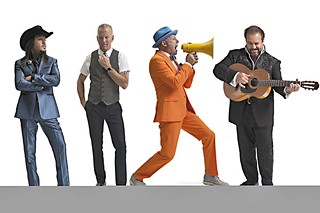 "What started to happen as I was doing those solo records was that I found myself, more often than not, really missing the band," admits Raul Malo, reflecting on the decision to reconvene the Mavericks in 2011 after a seven-year split. "I found myself thinking, 'The Mavericks would kill this song,' or, 'I wish I had the Mavericks playing on this.' That's what really led to us doing this one more time to see what happens."

When the Mavericks released 2013 comeback In Time, the Nashville outfit was less concerned with regaining its Grammy and chart-topping success of the Nineties than expanding a distinctly eclectic fusion of Tex-Mex and Cuban influences with traditional country and rock. This year's eighth studio LP, Mono, cuts through styles and melds genres more aggressively, united behind Malo's flawlessly smooth, evocative tenor and a loose playfulness.

"At this point, what do we have to lose, and what do we have to prove?" laughs Malo. "The only thing that's left is to have as much fun as you can, and if you do that – if you make music that moves you personally – then you can go out there and move people. That's why we don't care if one song sounds like this, and another like that. It's all emanating from the same source.

"Categories? Whatever," he scoffs. "That's a music business problem, not ours."

Despite the band's very public firing of founding bassist Robert Reynolds in December after repeated attempts at drug rehab, the remaining quartet locks into a groove unheard since the days of Doug Sahm. In fact, Sahm's "Nitty Gritty" closes out Mono in a furious electric guitar and organ send-up that serves as much as a unique reinvigoration of the Texas icon's sound as tribute.

"We've been touched by Doug's music directly or indirectly forever," attests Malo. "I always find myself marveling at how closely related we are musically. Doug to me was always a restless character musically, and I can relate to that in many ways.

"I'll never forget meeting Doug for the first time at the Grammys," he continues. "It was right when 'All You Ever Do Is Bring Me Down' came out, and he turned to me and said, 'Man, I love that song. I could be in your band!' I was like, 'Yeah, you could. You have no idea how much you could be in our band.'

"He was proud his music had spawned this, and in many ways it did. I'm glad he's finally getting the recognition he deserves." 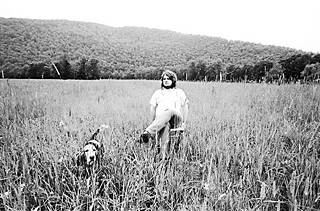 Israel Nash will be traveling the least among all the performers at this year's OSMF. He's called Dripping Springs home since 2011. The youthful roots rocker grew up in Missouri, attended the University of Missouri, and moved to New York City after graduation, where he released two discs of Americana that also garnered a positive response in Europe.

"I had a really good time in New York, a lot of good experiences," he says. "But I was touring a lot in Europe at the time, and my wife was traveling a lot for her job. It became time for us to move to the country and have some land. We found Dripping Springs and bought 15 acres."

Rain Plans, his most recent album, took shape in that same expanse.

"The production vision of it became making it sound like the hills look," he explains. "It's just a real comfortable place for me. I feel like I have a home."

Nash claims he's working on a new batch of tunes, but sees no urgency to do so.

"The idea of artistry is about progressing and not necessarily trying to go somewhere. I've been evolving as a songwriter and a person in the last year. What's next will be something recognizable but new and hopefully something that carries us down the road." – Jim Caligiuri 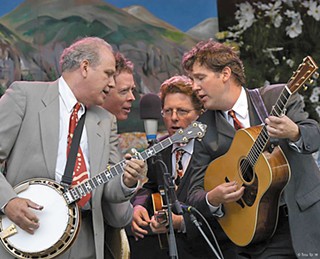 "Up until 1990, it was all for one and one for all," recalls O'Brien. "Then I had the desire to stretch and move on to something else, but we kept on doing some shows. We did three or four every year. When Charles died, that put a stutter in it. We did some shows in tribute to him, then we were dormant for a couple of years.

"But we were still friends and we had this in common. Pete, Nick, and I went through a couple of guitarists before we finally settled on Bryan, who's really a wonderful partner for us. But that still wasn't enough to keep the band interested.

"We might have bled it almost dry with the reunion shows. Maybe it was more nostalgia than anything. I think everybody felt like we were going through the motions, so we needed new material.

"The record did two things. It brought the band together again, and it got us more interested in playing. It also let us show people we're still viable. It's all part of a rebirth.

A couple of tunes on the new disc stand out because they're taken from sources not often associated with bluegrass: Los Lobos' "Burn It Down" and "I Never Met a One Like You" from Mark Knopfler's recent Privateering.

"We've always been interested in all the directions of roots music, not just bluegrass," says O'Brien. "There's people like Los Lobos and Ry Cooder who take all that stuff and synthesize it into something new. That's what we were trying to do with bluegrass. We've always been a little bit renegade in that way." – Jim Caligiuri 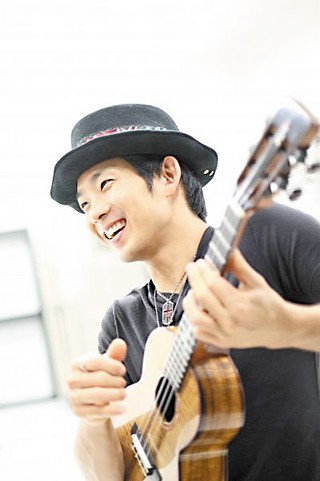 Jake Shimabukuro remains the king of the ukulele. Breaking out in 2006 with one of the earliest viral videos, he's still remembered by many as a boy in Central Park whipping through an unforgettable cover of "While My Guitar Gently Weeps." These days, the Honolulu native commands ensembles and PBS documentaries, yet makes time for Old Settler's.

"It's such a passionate, supportive audience," says Shimabukuro. "Everyone's there to cheer you on and have a good time. It's not intimidating at all. It's a very friendly, laid-back experience."

The now 38-year-old sensation says the last time he played the gathering he found himself at the front of a line of people hoping to get their ukuleles signed by him. That's because plenty of people own a uke, but only a few lead a 29-piece orchestra with it.

"I never had any desire to play other instruments," he acknowledges. "I love turning people on to it and hearing people talk about it. I love it when people come up to me in their 40s or 50s who've never touched an instrument before and have started to play the ukulele.

"I talked to a woman in Austin who told me she hadn't touched her guitar since she started with the ukulele. Whether you're an instrumentalist or a singer-songwriter, I think it's the perfect tool to create." 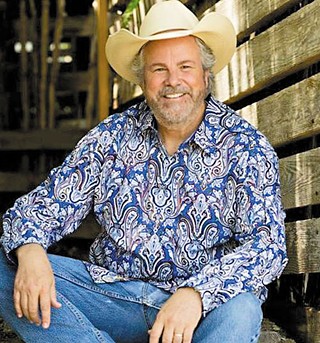 "I'm a longtime bluegrass fan, and I'm not as snobby as what some people refer to as 'grassholes' – those who can't stand anything outside of Ralph Stanley or Bill Monroe," attests Keen. "But I am real particular about the playing and the people that play, and how that whole thing is projected – particularly their style and their tone. There's a definite clarity of sound that really good bluegrass bands have that you feel you need to achieve to even honor the music in the proper way.

"You're really always paying tribute to a certain amount of history when you're dealing with bluegrass."

"If I hadn't come to terms with my voice, I wouldn't have made this bluegrass record," he admits. "I don't sound like Flatt & Scruggs, and I don't sound like some of those really beautiful high lonesome singers, so I was nervous about it. That was my wake-up moment – when I decided I was going to do this anyway.

"I have this passion for the music. I know these songs. I sing like I sing, and some people are going to like it, and some are not, but that's with anything you put out." 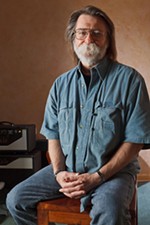 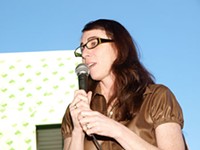 After a Fashion
Your Style Avatar doesn't care what you wear in your own backyard; just don't stink up our Conference with it