7:30pm, Elysium Sounds from the World
This year's K-Pop Night Out doesn't pack quite the same punch as last year's whirlwind that brought Hyuna to American shores, but it's no slouch either. Headliner Choi Jin-woo has produced, remixed, and written songs for everyone from Girls' Generation to G-Dragon, but his project Hitchhiker went viral enough for it to be making its live debut deep in the heart of Austin. Epik High are Korea's OG hip-hop crew, and space cadet girl group Crayon Pop arrives after a stint opening for Lady Gaga, who was in attendance at last year's K-Pop showcase. The Barbarettes are what would've happened if the Brill Building had been built in Seoul, and the masked, mysterious EE makes its way as both an art collective and band. The press kit describes them as a "Korean hip-hop version of the Knife." Rounding out the lineup are the garbage-rock Asian Chairshot and well-groomed young men of Eastern Sidekick, proving there's still room for guitars on the Korean peninsula. Arrive early, because the house packs out in a flash. – Luke Winkie

7:30pm, Cheer Up Charlies
The Polyvinyl roundup arrives as all about whimsy, but that manifests differently than the typically cute alt-dude crooning with a keyboard. To his credit, 26-year-old Jacco Gardner remains a cute alt-dude with a guitar, but his baroque pop rustles up a lush mélange of soundscapes that turns fanciful tendencies from novelties to intrigue. Drums bring the bombast, but the breakneck acoustic guitar strumming from the Dodos brings a specific, entrancing lightness that the Bay Area duo has perfected over six LPs, the latest released in January. San Francisco fourpiece Deerhoof operates in a similar vein, with little equipment and lots of volume, throwing in vocal trills and instrumental quirks that mash them somewhere in the Le Tigre realm of avant-weird. And finally, touting its 13th album, Aureate Gloom, Of Montreal closes, taking its throne as the kings of pop oddity. Yes, it may be whimsy, but it doesn't mean it's weak. – Abby Johnston

Sounds from the World

8pm, Russian House
If the Sounds From the World showcase has an overarching theme, it's the melding of the ancient and the future. Chancha Via Circuito has emerged as one of the most compelling characters out of the Buenos Aires electro-cumbia club scene known as Zizek. His adventurous compositions are full of mysticism and low-end thump, with 2014's Amansarå putting the digital in conversation with the indigenous – a bold evolution from 2010's Rio Arriba. La Inedita has crafted a wholly unique sound with its self-proclaimed Chichamuffin style, a fusion of dancehall and chicha, the resurging psychedelic cumbia of Sixties Peru. Representing Santo Domingo, Dominican songstress Carolina Camacho layers jazzy vocals with themes of empowerment and spirituality over electro-tinged Afro-Caribbean rhythms. Huichol Musical shares the string-laden music of the Wixarika people of Mexico, who pride themselves on maintaining strong traditions of their ancestors. Mekaal Hasan Band fuses guitar rock with elements of classical and Sufi traditions, while Pia Zapata weaves Chilean folk music with indie rock. The Sounds From the World showcase is a true musical journey, connecting dots east to west, north to south, past to present. – Thomas Fawcett 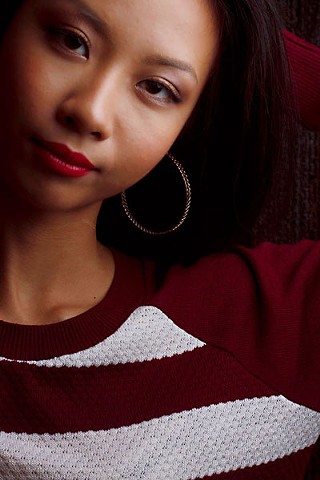 Photo by Will Van Overbeek

8pm, Speakeasy
From the northwest corner of South America, the music of Colombia stretches from rock and reggae to electronic and DJ sounds of the new century. Rakel Cadavid Gaviria hails from Medellín with infectious pop. Her second album Literatura Para Gatos was a freewheeling affair throwing ample light on the primo musicianship of her fivepiece backing band. An ear-catching combination of modern beats, sexy horn riffs, and vintage sounds drawn from Latin culture, the eight members of Bogotá's Monophonicos are inventive while being respectful to their heritage. From the western city of Cali comes Zalama Crew, bringing a contemporary mix of hip-hop, reggae, and Afro-Latin rhythms that's a multicultural delight. Also from Cali, Zionstereo has an electronic edge to its Latin rock, a style they refer to as "digital sabrosura." Youthful septet La Sabrosura Dura use a solid base of salsa then add diverse influences from rock, hip-hop, and jazz. Rounding out the night will be one of the most vital DJ collectives in Colombia, Bogotá's El Freaky, a quartet that moves beyond beats into a visual component that stimulates all the senses. – Jim Caligiuri 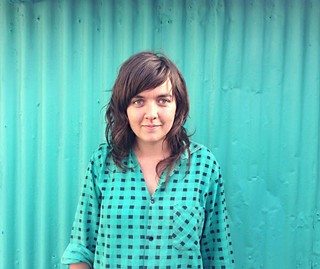