This Side of Jordan (Yep Roc) 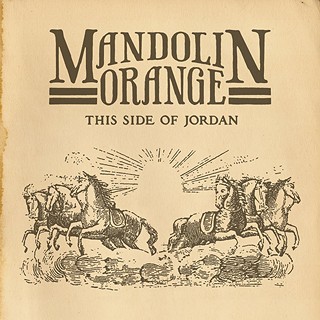 This Side of Jordan (Yep Roc)


North Carolina drifters Andrew Marlin and Emily Frantz met on inauguration night six years ago. The former, a gangly mandolin picker and red-hot lyricist, and the latter, a willowy fiddle player, burn bright on their first LP for Yep Roc. Whether crooning keen-eyed social commentary (lonesome opener "House of Stone") or letting Frantz articulate his tender regret ("There Was a Time"), Marlin comes into his own as a devastating songwriter. Tribute to an anonymous warhorse, "Cavalry" drew shudders from the tiny Cactus Cafe during the duo's Austin debut. "All the death and the glory, believing they're one and the same." Hot on the heels of This Side of Jordan, a second full-length for Yep Roc, Old Ties & Companions, drops May 5, the recently released title track promising winding harmonies, restless jaunts, and more of that orange mandolin. (Thu., 10pm, Continental Club)