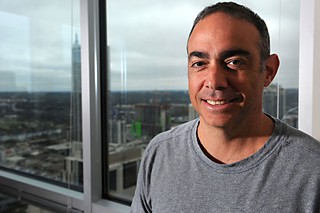 On Monday, Feb. 16, 11am, Attal arrived at the Chronicle for a nearly hourlong interview to publicly address the sale for the first time. The gist follows. "Earache!" (austinchronicle.com/music) archives the complete interview.

Charles Attal: It's different for every company that gets acquired. For us, it doesn't mean anything drastic. We're staying C3. There's nothing changing in our business model. There's no Live Nation employees coming in to run our company. Me, Charlie, and Charlie are still running the company. They're helping us grow. We're in 14 countries now, so for us, it's a little less stress of trying to jump off a cliff in every single market we go into. And more infrastructure. They have more infrastructure around the world. If we go into Berlin, they have people in Berlin to help us. If we go into South America, they have people in South America. It's more infrastructure for us to grow. That's what it meant.

CA: They write my check. I have a boss. Michael Rapino is my boss. Great guy. [Pause.] Damn, no one's ever asked me that! I have a boss? Fuck! [Laughs.]

AC: Contractually, you and your partners are guaranteed jobs for a certain period of time.

CA: A long time. I can't say exactly how long, but a long time. We're not going anywhere.

AC: But Live Nation owning a "controlling interest" means they could potentially sell the company.

CA: Not really, no. There's a board of directors, and we represent seats on the board. We still run the company. We're managers of the company. I don't see any scenario where they would actually sell us. I can't speak for 10 years down the road, but I don't see anything in the next five to seven/eight years other than us growing our business .... We still own the other half of the business. We only sold half the company.

AC: Billboard put the sale price at $125 million based on similar reported revenues by C3 in 2013.

CA: None of the numbers in the press are right. I'm not at liberty to say what we sold for, but the numbers aren't right.

AC: Was that number in the ballpark?

AC: The New York Times reported last fall that it was $250 million. A lot of discrepancy between those two figures.

CA: I can't comment on the price, I'm sorry.

AC: How long was the deal in the making?

CA: People have been trying to buy us for years. We've had a lot of different companies approach us. Again, Michael Rapino is the reason we did the deal, and Live Nation is a great company. He understands our business. He knows the nuts and bolts of our business. He's great and we get along with him well. We already did before. It was just an easy fit, whereas some of the other companies might not have fit as well. Like I said, over the years, we've been approached by eight or 10 different companies.

AC: In practical terms, how long did it take to put the sale together?

CA: A year. And it happened organically. We weren't out shopping our company. We started talking, it grew into a structured deal, and then we ended up selling a piece. Once the deal was agreed to, it took three or four months to get it organized. It was a little over a year, the whole process.

AC: When the rumor broke at ACL Fest in October, y'all were nearing the finish line.

AC: Charlie Walker came from Live Nation. Was he the bridge to the deal?

CA: Correct, and he already had a great relationship with Rapino. Charlie ran North America for Live Nation and Rapino in the early days, so I got to know Michael through Charlie, and he'd always been mellow, great. He's a great CEO of a company. Charlie helped bridge the gap for us, and it made it pretty seamless.

AC: Approximately how many people does C3 employ?

CA: Here in Austin, I think we have 160. There's Fresh & Clean in L.A., which is the media company. They have eight, 10. Roughly 175. As we grow, it'll go up, and if we take a hit on five festivals, it'll go down. It's a normal business. As long as we're growing – we've already added probably seven employees since we did this deal.

AC: What does this deal mean for C3 properties like Emo's?

CA: Nothing. Nothing changes. Emo's is owned by C3 [and thus an asset of the sale], but Stubb's is owned by a different entity. Everything stays exactly the same. I'm trying to think of one thing that will change, but there's nothing. No one came in to say, "Let's do this, this, and this." They said, "Go. Let us know what you're doing. Keep us informed."

AC: So nothing changes with the other rooms you book – Lamberts, Parish, Vulcan Gas Company?

CA: Everything stays the same. It's not a matter of what rooms we book. It's about where the bands want to play. So if we have a relationship with a band, we're going to put them where they want to be. We do one-off shows all over the country. If I force feed a band into a room they don't want to play, guess what? I'm in big trouble.

AC: If not nothing is changing, what does this deal mean to Austinites?

CA: Nothing. It's business as usual. We did it to help us expand worldwide without us having to stress the pain of taking a hit – in Australia, or Berlin, or in markets we don't know as well but we know we want to be there. We like the site. It's a lot of heavy lifting. It got to the point where it was painful for us.

I'm enjoying my job again. I'm able to look for opportunities where I normally wouldn't, because I'm always worried I was going to put the company in a ditch. So, I'll probably take a little more risk and not have that stress of having to lay off a bunch of employees. That's stressful.

AC: This gives you a net?

CA: I don't know if it gives me a net. It just gives you some comfort that you can start ....

When I was younger, we were dumb enough not to have any fear. Now, we're older. We all have kids. We have a little more fear as we tip-toe or even jump into other markets. It just takes a bit of stress off, that's all.

AC: Do locals benefit from an Austin company branching out into Australia, Berlin, Singapore?

CA: It only helps the local community, because it helps the access to artists. ACL is going to have great artists every year. We're not on an island; we're not trying to figure out what talent's what. We have access worldwide to see what's happening, and we're going to bring best cases to the city.

AC: What was it that pushed C3 outside city limits originally?

AC: Was there a notable event that pointed the way?

CA: Lolla[palooza] Chicago [2005]. That was a massive show. It was a big undertaking. We took a lot of punches at first, working downtown in the city. They've been great with us over the years, and we've learned how to operate in the city of Chicago. They've embraced it. It took a long time to embrace the festival there, and it's running better now than it ever has – as an operation.

AC: That was a light bulb moment for the three Charlies?

CA: Yeah; we were like, "Hey, we can operate in other markets." That's where we went.

AC: Where to from here?

CA: We have a bunch of stuff we're getting ready to launch. Those will be out in the next month or so. 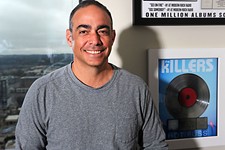