These Things I've Come to Know

A week in the life of James McMurtry 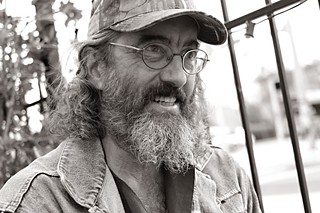 James McMurtry makes up stories and sets them to music. New album Complicated Game, his first studio album since 2008's Just Us Kids, breaks fresh ground sonically and finds the 52-year-old Austinite digging deeper than ever into relationships and the human condition. After a week of local shows, we met.

McMurtry shows up 15 minutes before the scheduled set time carrying two acoustic guitars, one six-string and the other heftier at 12 strings. He uses the latter for most of his 90 minutes onstage. It's louder, allowing him to cut through the shoulder-to-shoulder din of long-haired regulars, the recently retired out for an early evening, and a few fresh faces obviously in awe of the Texas songwriting great.

The South Austinite's now-standard fedora covers some long black curls while patches of gray in a runaway beard offer the only hint he's over 50. Leaning heavily on tunes from Complicated Game, the songs roll over the audience in big waves. McMurtry offers a few quips to punctuate their origin, explaining where he's coming from or joking about a turn of phrase contained in a song.

Mostly his stories seem to mystify. Sure, there are familiar tunes from his earlier days: "Saint Mary of the Woods," what he calls "the Robert Earl Keen song I wrote" ("Levelland"), and the now obligatory "Choctaw Bingo," dedicated to "the First United Crystal Methodist Church of Oklahoma," with an added new verse.

At first blush, new tunes like "Carlisle's Haul," concerning an illegal nighttime fishing expedition in Virginia, and one about an Oklahoma transplant now residing in the shadow of New York City ("Long Island Sound") come across as dense with graphic ideas and wordplay that goes by too quickly. That's something remedied by repeat listens to the new album. Complicated Game ultimately reveals McMurtry's true gift of storytelling.

"I'd run out of tricks," explains McMurtry. "Everything I learned from [John] Mellencamp, Lloyd Maines, Don Dixon, and all the guys I've worked with, I retained a certain amount of knowledge from watching them work, but I used it up – over and over. I was repeating myself stylistically, so I thought it was time to bring in somebody else."

Fans, critics, society at large have come to expect the glimpses of modern America that Complicated Game supplies, but musically, it's brand new. After producing the previous three albums on his own, he turned to Louisiana rocker C.C. Adcock for assistance. Adcock supplied guitar to Just Us Kids.

"He was around and I liked the way his records sound," says McMurtry bluntly.

Over the course of last year, the two worked together with engineer and co-producer Mike Napolitano in New Orleans. McMurtry recorded basic tracks, just vocals and acoustic guitar, and left Adcock and Napolitano to add their voodoo. The results sound like McMurtry's past work, but with a lot more flavor.

"I didn't care for that doo-wop thing [on "She Loves Me"] when I first heard it," admits the boss, "but I got used to that. There's still a couple of parts I'm not real keen on, but that's par for the course. I've never made a record where I thought everything was perfect. At least the ones that I produced.

One song sure to be talked about is the almost-rap of "How'm I Gonna Find You Now," which comes complete with a movie-type video partially set in a bar in the swamps of Louisiana. The track's rapid fire lyrics describe a desperate situation – with a sense of humor: "I've got a mad coming on and it's gonna be dreadful/ Now I'm washing down my blood pressure pill with a Red Bull."

"It's more like a speed-freak rock song," offers its author. "I don't know how it turned into hip-hop with a Danny Barnes banjo. That's a different animal."

Behind compositions such as "We Can't Make It Here" and "Cheney's Toy" from the Bush presidency, the Texas-born, Virginia-raised McMurtry grew a reputation as a protest singer. And yet those songs were the only ones overtly addressing politics. Social commentary remains his forte.

Complicated Game turns on the restlessness and unease of 21st century living common to many Americans. "I Ain't Got a Place" covers that notion most completely. Sung in a dry, disenfranchised voice, it recalls Guy Clark at his feisty best:

"That one was the last song I wrote, and it wasn't even supposed to be on the record," recalls McMurtry. "There was another song we had that we couldn't find a way to fix. I was staying upstairs at the R Bar on Royal Street in New Orleans. I had flown in to check on the mixes one more time.

"Their damn computer wasn't working and I was burnt out, so sick of the whole process. I was up in the R Bar, half drunk, half pissed off, and that song just fell out of the ceiling. Maybe twice I've been able to write a song in 15 minutes and that was one of 'em.

"I hear about it happening though."

McMurtry's not quite sure when his residency at the Continental Club Gallery started. Sometime after the midnight Wednesday gigs downstairs began, and that was 2002. Some, if not all, of the songs on Complicated Game got a tryout in the living room atmosphere above the main Club.

The show's nearly identical to the set at the Saxon, with the same jokes and similar quips. The more intimate space of the Gallery makes the songs roar in a way they hadn't before, however. The audience, a mix of townies and tourists, demonstrates a greater appreciation and McMurtry's a pinch looser.

"The San Jose hadn't opened yet, or it was still a crack house when I started the residency in 2002," he relates later. "I think the Austin Motel had just been renovated. It was transitioning from the old South Congress to what we have now. So the crowd was different.

"Very early on I had a frat crowd, because some of those guys read the backs of Robert Earl Keen records and saw that I wrote 'Levelland.' So they showed up for a while. Then they all grew up and got jobs, and the next round of frat kids didn't care or didn't hear about me.

"Over the course of time, the hotel scene has built up, so there's always travelers. I think that most of our crowd right now is travelers. There's definitely some value to continuing to do it. People go to the Continental Club just to go there. They wander in and sometimes they haven't even heard of me. That residency has done a lot for me."

Of the two nights so far, there's been no merchandise or music for sale. It's a one-man operation. According to McMurtry, he didn't feel the need for a new album until revenue from touring – and he tours relentlessly – started to slack off. He's not one to write unless there's a deadline on the horizon, so the whole enterprise remains relatively fresh.

That comes across in performance. His big acoustic guitar at times pleads and coaxes. Slashing and burning stays home on new tunes of the heart "You Got to Me" and "These Things I've Come to Know."

Writes C.C. Adcock in an email: "James is one of the very few artists out there who's every bit as good as he thinks he is. He is, without a doubt, one of the great American voices of his generation. With James, you have the luxury of leaving behind songs that your average writer/artist would die for.

"Early on, I suggested he focus on songs of the heart, which yielded some exquisite material on the poignancy of relationships ... and a few about deer hunting and fishin' (James' fondest affection). We even managed to get a couple of sweet new ditties out of him that clock in succinctly at under three minutes – maybe a McMurtry first!"

Where generations are concerned, James is in the middle of one destined for greatness. There's his Pulitzer Prize-winning father Larry and now his son Curtis, who burst on the scene in 2014 with his own highly touted disc, Respectable Enemy.

"I didn't have to encourage him," he says of his son. "He just kind of picked it up. From about 16 on he really latched on to it. He studied it and listens to everybody. He knows theory. I have a hard time [playing] with him because he's got so much more intricacy to his approach."

That familial creative streak began where you might expect, according to the middle McMurtry.

"My father's the first writer that I know of in that line. McMurtrys didn't read for pleasure. They read for information. He broke the mold. He made it much easier for us to be artists. We didn't have to fight anybody. We already had an example. I kind of thought Curtis would be a lawyer. He has a sense of justice in him."

Jon Dee Graham and James McMurtry have been slugging it out onstage at the Continental Club every Wednesday night they're in town for more than a decade. Aficionados of loud electric guitars, unbeatable songcraft, and good whiskey have surely had the rest of a week ruined by that combination on occasion. Graham leads with a set that's equal parts bearish and heartrending, closing with a raunchy rendition of ranchera classic "Volver, Volver."

McMurtry and his three bandmates – Cornbread on bass, Darren Hess on drums, and Tim Holt – take the stage to a respectable, mostly younger crowd that's there to boogie. "How'm I Gonna Find You Now" takes a funky turn with a band behind it. Ephraim Owens joins in with his trumpet and solos on the nearly 13-minute rant of "Choctaw Bingo" that sends the assembled into spasms of delight.

McMurtry claims he hasn't tired of what's become his signature song yet. Lagunitas Brewing even got him to write a new verse and re-record it. That version was never used for the promotion it was set up for.

"Within a year of recording that song, all the places I mention in it had disappeared," reveals McMurtry. "Pop's Knife and Gun was gone; Choctaw Bingo is now Choctaw Casino and takes up about 50 acres. That smoke shop isn't there. The lingerie store moved to Joplin, Missouri.

"There's other weirdness that's popped up in its place including Red River Rehab. Playing it is always pretty fun."

Outwardly, McMurtry appears ornery. Once one understands that his songs are filled with characters he's created – speaking their minds in character – it's clear appearances are indeed deceiving. That makes asking him about success, satisfaction, and happiness feel a little less dangerous.

"Is anybody really satisfied? I'd like to make more money. We're starting to get old, and you need more money when you get old. 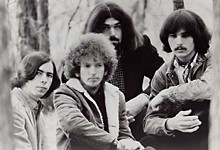 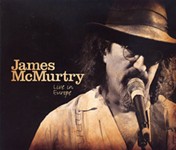