The Chicagoans' fourth effort, Adore, marked a grand leap for Smashing Pumpkins. Their only release as a trio following the (temporary) firing of drummer Jimmy Chamberlin, the album drastically shifted style from commanding guitar rock to poetic folktronica. Met with underwhelming response, the 1998 disc now proves the dark horse of the band's legacy, its underlying significance realized retrospectively; the quartet disbanded one album and two years later. This 6-CD, 107-track bundle includes demos, outtakes, live cuts, and a full-concert DVD, housed in a striking commemorative case and featuring original photography by Yelena Yemchuk. Though die-hards will likely already own several tracks deemed rarities (original B-sides "Czarina," "Do You Close Your Eyes," etc.), and while predecessor Mellon Collie & the Infinite Sadness (1995) spawned stronger spillover on its own super deluxe edition, the bandleader's intimate solo material stands out. The Rick Rubin-produced "Let Me Give the World to You" also shines, and remixes hat tip electro wiz Bon Harris. Accompanying liner notes offer track-by-track commentary, Corgan's candid insight shedding light on the band's doomed psyche. Revealed is the album title's double meaning; in hindsight, "A Door" carries greater significance, given the looming exit of an unraveling band, and its brazen redefinition. 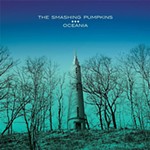