Ian McLagan: All I Wanna Do

Ian McLagan on these United States 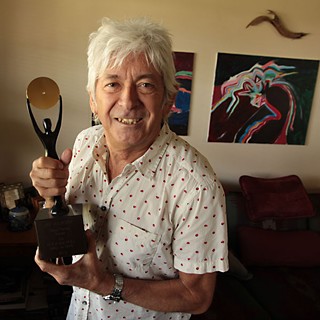 Ian McLagan and I only spoke twice. Faces box set Five Guys Walk Into a Bar... in 2004 proved a perfect excuse to interview the sprightly Brit, who died in his adopted hometown on Dec. 3 after suffering a stroke at his home two days earlier. McLagan, 69, moved to Austin in 1994 and in 2012 finally saw his twin UK rock acts the Faces and Small Faces inducted into the Rock & Roll Hall of Fame with him still at the keyboards. We reconvened a decade later – in April – for then-upcoming album United States, his crowning achievement across eight solo LPs, a work of alluring maturity and deep emotion. I'd been hired by his record company to write the biography included when the disc was mailed to media. The majority of our 30-minute meet never made it into print.

Austin Chronicle: Why did you title the album United States?

Ian McLagan: It's an anagram of Austin Tested or Nudist Estates. No, it's just about relationships.

AC: It's been five years since the last album. Why so long?

IM: We recorded it two years ago. Then I took it to London and Glyn Johns mixed it. Then Ken Kushnick came [aboard as my manager]. I was going to put it out myself, but he checked with a bunch of labels. I've always been fond of Yep Roc. During South by Southwest we'd always get together for a drink. Now I'm on the same label as Paul Weller. He called last week to congratulate me and tell me what a great label they are. I said, "I know! Thank you Paul."

AC: United States reminds me of your new labelmate Nick Lowe in a way.

IM: That's a hell of a compliment.

AC: There are many different moods.

IM: It's about loss and not quite making it. In "All I Wanna Do," he's getting some but he's dreaming for it.

AC: Things you were going through personally?

IM: Not necessarily. The last record, Never Say Never, was all about losing my wife, Kim [in a 2006 car accident]. This one is about trying to get into a relationship.

IM: Apparently. But some of these songs, like "Pure Gold," I had 20-odd years ago. I recorded it once and wasn't happy with it. It's hard to play live because I find it works better when I play it on the guitar.

AC: When you write do you use the piano or a guitar?

IM: Both. More on piano these days. "All I Wanna Do" was written on guitar. So was "Pure Gold" actually.

AC: On "Love Letter," the organ is mixed really high and it sounds great.

IM: That's the Hammond CV, built in 1946. It's a year younger than me. I run it through a Leslie [amplifier] that only has stop or fast. So the sound's incredible, really unique. Hammonds vary, and the tubes – the electrics inside – all color the sound.

AC: Is there a song on the album you want to highlight? 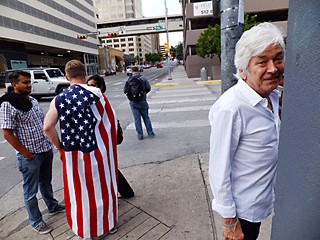 IM: The last song, "He's Not for You." Me and my bass player Jon [Notarthomas] were going to Houston for a gig and an idea came to me. It's about me and a younger girl. I only seem to date younger women. I'm not interested in people my age [laughs]. But I'm eventually realizing that 30 is way too young. There's nothing to talk about. It's tough to be 68 and dating. I've given it up now. I can actually see it as a movie, which I don't say about a lot of my songs.

When I first wrote it, it was first-person and I'm talking to the girl. But I can see this guy on a balcony outside a dance hall. It's set around the time when "Runaround Sue" would be playing, or it's modern times and the band is still playing "Runaround Sue" and it's pretty sad. The event is someone's wedding or something. It's an older guy talking to this girl who's with another guy, and he's telling her, "He's not for you."

AC: You were in the film This Is 40. What was that about?

IM: Ryan Adams. I did an album with him in New Orleans just before Katrina. He was so disagreeable, so annoying, so fucked up back then that I used to spend my days walking around New Orleans taking pictures with my cell phone. He was a pain in the neck, but we made an album. Years later, he stops taking drugs, gets married, becomes a much nicer person. Anyway I got a call. I don't know if it was from him or from Judd Apatow, but we did three songs in this bar. It's the nightclub scene near the end. I get residual checks every once in a while. I did say a line but they didn't use it. 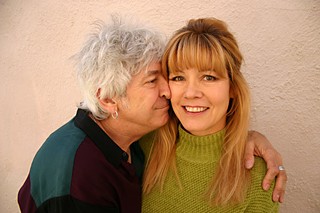 IM: It came to me when I played at Austin Community College, a solo show. I was pretty nervous because I never do that. I played for a songwriting class. One year it wasn't finished, I just had an idea. The next year I was invited back and the song was more complete. The third year I had recorded it. It's really a thank you, a love song to the audience. Thank you for being here and asking me to play.

AC: How much of your history should we dwell on? I think people know about your appearances as a side man with the Rolling Stones and Bonnie Raitt, but that's ongoing isn't it?

IM: Yeah, I just did something with Lucinda Williams. It was only a week after I got out of the hospital. They put a stent in me. It's amazing though. I've had to go to Seton 33 times for a real workout. I'm now fitter than I've been in years. I have new energy.

AC: I'm amazed by all the locals you've played with.

IM: I did something with Eliza Gilkyson last year and worked with Ray Wylie Hubbard.

AC: In Austin, everybody plays together.

IM: I've been thinking about this. I'm a socialist. Sorry the rest of the world. Sorry the rest of Texas. It means I care. I like the fact that Austin's the first place I've ever lived where there's a real sense of community. People care about their neighbors. It's 20 years next month that I've lived here. This is my home.

Ian McLagan is survived by his brother Mike, son Lee, and granddaughter Poppy, to whom he dedicated United States.

A version of this article appeared in print on December 12, 2014 with the headline: All I Wanna Do