The Quiet Beatle might have inspired alternate modifiers in the waning days of the Fab Four and into the first half of his solo career. Dour, divine, depressed, the Liverpudlian of The Apple Years 1968-75 wears many moods between Krishna rock and "Ding Dong, Ding Dong" roll. George Harrison cut another six albums following the dissolution of the Beatles imprint, not including a pair of Traveling Wilburys – a comeback documented on Dark Horse Years 1976-1992 in 2004 – but the overall narrative begins with the label's LP bow. Wonderwall Music, debuting December 1968 in the U.S., soundtracked the UK film about a girl named Penny Lane (Jane Birkin) whose neighbor spies her through the wall separating their properties. Parallel musical insight found Harrison introducing guru soul into popular music as early as 1965's Rubber Soul, which peaks on Wonderwall's largely instrumental passage to India. Follow-up Electronic Sound christened Zapple, a synthesizer-inspired "wrecked chord" sub imprint, but two side-length noodles mark time only until triple-album magnum opus, 1970's All Things Must Pass, definitively reissued in 2000 before Harrison succumbed to cancer the following year. Second single "What Is Life" could pass for a White Album outtake, "Isn't It a Pity" quotes "Hey Jude," and "If Not for You" sounds like a soundtrack jewel from Time Bandits, produced by Harrison's film company. Tragically, lead single "My Sweet Lord" spent five years in copyright infringement litigation and lost, so succeeding No. 1 chart topper Living in the Material World (1973) suffers from "Sue Me, Sue You Blues" ("hold the block on the money flow/ move it into joint escrow"). Dark Horse and Extra Texture (Read All About It), 1974/1975, respectively, can't rally, which extends to the EPK-like DVD making up the seventh disc here. To quote Dark Horse, "So Sad." 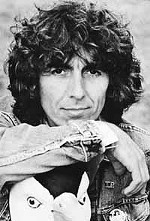