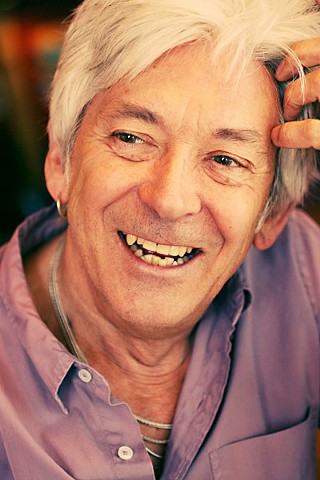 Rock & Roll Hall of Fame keyboardist and 20-year Austin resident Ian McLagan suffered a stroke on Monday and was admitted to Brackenridge Hospital on Tuesday, where he died Wednesday at 2:39pm according to those who worked with him.

Tuesday, first-call Rolling Stones sideman Bobby Keys died from cirrhosis two weeks shy of his 71st birthday, and now McLagan, 69, another weapon in the arsenal of the World's Greatest Rock & Roll Band™, has passed on. We spoke with both the Lubbock-reared saxophonist and Austin keyboardist when Mick & Keith rolled through Zilker Park in 2006 (see online report for copious archival links).

Two years earlier, Jim Caligiuri sat down with McLagan for a story on the occasion of Faces box set Five Guys Walk Into a Bar.... That was a decade after the Chronicle's initial feature on the organist following his move here in 1994.

In Oct. 2011, the Englishman fumed to our Music newsman Austin Powell about the dual nomination to the Rock & Roll Hall of Fame for the Small Faces and Faces, two wildly different bands from the same root: "It's very insulting to be lumped together," said McLagan. "It was nice to be thought of, but damnit, it's too little, way too late. If that sounds like I'm ungrateful, then so be it. Fuck it.

Asked to choose one group for inclusion, he answered without missing a beat: "Small Faces, 'cause we were first. And Steve [Marriott] and [onetime Austinite] Ronnie [Lane] haven't been honored, and it's about bloody time."

The twofer nod took that December when both bands were inducted.

While he never got over the vehicular death of his wife Kim in 2006 (the former Mrs. Keith Moon), he kept up a regular regimen of shows locally. 2013 saw the release of Live at the Lucky Lounge. This June, McLagan's Bump Band marked the 10th anniversary of its residency at the Fifth Street speakeasy.

That same month, "Playback" spoke with Mac (as his friends called him) about the release of the eighth and best LP of his solo career, United States. At that juncture, two months prior to a marathon hoot night paying tribute to Small Faces/Faces at the Sahara Lounge – for which McLagan was in attendance – he confirmed that a Faces reunion was finally on the books.

"We will be touring next year, and I'm very excited," said McLagan. "The fact is we always wanted Rod [Stewart] to do it. Every single time we asked him, it didn't work. This time, he wants to do it. So I hope and pray nothing happens between now and then, because it would be great."

"We had actually planned on giving it another name, but we could never decide on what that would be and Austin Psych Fest ended up on the poster, so the name stuck," he explains. "The word 'psych' is so overused and abused. We don't care if someone doesn't think Liars or the Black Lips or whoever is "psych" enough. I'm booking the band because we like the band, not because it fits some conceptual mold or music genre."

Organizers have used Levitation, referencing a 13th Floor Elevators tune, for their South by Southwest showcase and French music festival. The name change coincides with a major institutional adjustment: partnering with Fun Fun Fun Fest promoters Transmission Events, which, according to Fitzpatrick, will provide financial backing and handle production, accounting and business management, and marketing. Fitzpatrick remains the music booker for now, but says Transmission's Graham Williams has advised him in the past.

"It's really been a struggle to put this together each year, especially after a really difficult 2013. Our success in 2014 got us back to zero, so the past few years have been about survival," says Fitzpatrick, who notes an attendance jump from 4,000 to 6,000 last year. "In 2015, we're taking another big step and we're locking arms with [Transmission] as we take that step. I'm really excited to see what we can do together."

Longhorns basketball has bounced back this year, with the men's team rolling through November undefeated and ranking seventh nationally. If towering freshman Myles Turner isn't the best addition to the squad, it's DJ Mel, who was recently hired by the team. The local spinner, equally renowned for his eternal Monday night gig at Nasty's (606 Maiden) as he is for soundtracking Obama election events, now plays the Frank Erwin Center weekly, mixing from the student section every home game. "It's about creating an environment so loud and hype that it's challenging to the visiting team," says Mel, whose playlist thus far has ranged from hip-hop to Gary Glitter.

Welcome to America, here's your guitar! Gimme Shelter, a benefit concert raising money to establish music programs for unaccompanied immigrant minors held at our homeland's southern border, runs next Thursday at the Continental Club featuring the Mastersons, Emily Bell, East Cameron Folkcore, Painted Redstarts, Belle Sounds, and Christiane Swenson. "The hope is to give the kids a way to decompress from their journey and explore music as they await the next chapter in their lives," says organizer and Chronicle scribe William Harries Graham (see this week's inaugural Music feature by Graham on John Fullbright, p.82). Instrumental donations can be made at South Austin Music. 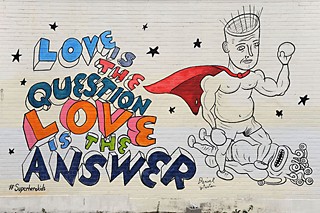 Bobby Keys, 70, bad boy birthday twin of Keith Richards in the Rolling Stones, died Tuesday from cirrhosis reported his adopted hometown weekly, The Nashville Scene. The Lubbock-born tenor saxist fueled Joe Ely tours in the Eighties and later became an emeritus member of the supergroup offshoot from the Flatlander's stable, the Booze Weasels, semi-regulars at the Continental Club and Sixth Street biker bar the Black Cat. He helped trim Zilker Park with the Stones in 2006 (revisit "Bobby Keys," Oct. 20, 2006).

A version of this article appeared in print on December 5, 2014 with the headline: Playback: Ian McLagan 1945-2014
More Playback columns