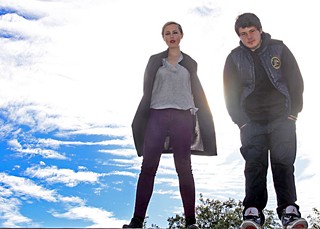 ScoreMore isn't the future of hip-hop and dance music booking in Texas. It's the present. With a new foothold in the untapped San Antonio market, and diversification into artist management, their profile's expanding.

"We think of ourselves as Switzerland," Guttfreund alludes to ScoreMore's easygoing role in Austin's competitive live music industry. He compares his company to Jet Blue while other bookers, like C3 and Transmission, are evidently Delta and American Airlines. "We're not trying to be the biggest, but we're good at what we do."

And that's working the college demographic. Bogle, a New Mexico native with a background in marketing, and Guttfreund, an Angeleno who paid for UT by simultaneously waiting tables at Texas Land & Cattle, selling print advertising, and hawking cable and Internet door-to-door, founded ScoreMore five years ago with students in mind. They saw businesses forcing themselves on students, and instead asked students what they wanted.

"I surrounded myself with other 18- and 22-year-old music fans, and we all voted on what acts to book," explains Guttfreund.

Just weeks after ScoreMore's establishment in January 2010, they booked rapper J. Cole's first tour. His album soon debuted at No. 1. In 2011, they brought Kendrick Lamar to Red 7 where he played to 90 people – one of several hip-hop superstars ScoreMore booked pre-boom, including Macklemore and Wiz Khalifa.

Identifying student interests was easy because Guttfreund was still in college. In fact, he only graduated in May, with a degree in corporate communications. ScoreMore now books about 150 shows a year, many in Austin, plus runs hitting Dallas, Houston, San Antonio, El Paso, San Marcos, and Baton Rouge. They produce the JMBLYA festival, are a partner and producer at El Paso's Neon Desert fest, and Guttfreund is a talent buyer for the big-time Pemberton Festival in Vancouver.

This week, ScoreMore planted a flag outside Austin city limits in announcing they'll assume significant booking responsibilities at San Antonio's Backstage Live and will be key in its rebranding as Alamo City Music Hall. The connection between Backstage owner Sylvia Fernandez and ScoreMore was Jason Sabala, former Emo's manager who now owns Midway Field House and Buzz Mill. Other bookers will contribute to ACMH, but ScoreMore's signature hip-hop and dance programming will act as the backbone. And what ScoreMore hopes to build has value beyond two rooms that make up the Backstage compound, because the building at 1305 E. Houston St. has long been expected to be renovated into apartments.

"As far as I know, there are no immediate plans for changes," offers Guttfreund. "They've been working on developing condos there for a very long time, and there hasn't been any traction. Should our brand – Alamo City Music Hall – have to relocate, if we've done our job right, people will have no problem moving with us to our new home."

It's a significant play for an Austin promoter to look south. While Transmission recently opened offices in Dallas and C3 continues Lollapalooza-ing all over South America, the nation's seventh largest city is just down the road.

"Austin, Houston, and Dallas are all oversaturated, and San Antonio's such an underserved market," says Bogle. "I love the culture there. In Houston, the crowd is tweeting about how much fun they're having, but they're worried about their shoes getting fucked up. San Antonio has these kids who love music and they're hungry for music other than rock. You can sense that at shows, and it gives me chills."

Saxon Pub Looks Down the Road

"It's inevitable – this city's turning over. All the old things are turning into new things," mused Saxon Pub owner Joe Ables on Monday when asked if his beloved club would relocate to an incoming development at St. Elmo and South Congress. City Council approved rezoning of that area for a mixed-use development on nine and a half acres, called St. Elmo's Market and Lofts, last Thursday.

"This is three or four years down the road," explained Ables. "There's a lot of work to be done, discussions to be had, and I need to put a package together. It could be a really good opportunity for the Saxon Pub to move into a larger venue. We're looking at somewhere along the lines of 4,000 to 5,000 square feet and 200 to 300 seats."

The Saxon's longstanding location at 1320 S. Lamar is about 3,000 square feet. He says the prospective location would have ample parking. Currently, his customers are using a valet service. Ables would be involved in laying out the new property, planned to be a free-standing building set amongst condos.

"If I don't have anything to do with the construction, design, and production, then I won't do it," he says.

One prospect regarding a new venue that excites Ables is using it as an exhibit area for the Texas Heritage Songwriters' Hall of Fame, for whose association he serves on the board. As for the current space, which he opened in 1990 and named after another local singer-songwriter haven that existed here in the late Sixties/early Seventies, he's considering repurposing it as a new small venue that would be a joint partnership with his landlord.

"We still need small venues for bands to get started, so it might be a better opportunity for young bands to get in a place with less overhead."

For the time being, it's business as usual at the Saxon Pub, which celebrates its 25th anniversary in the spring.

Isaiah "Ikey" Owens, the Grammy-winning keyboardist for Mars Volta and Jack White, whose heart stopped beating unexpectedly in October, laid roots in Austin music. He'd recently cut the bulk of his upcoming solo album here, contributed to the latest Midnight Masses LP, and produced releases by Boyfrndz and the Harms. On Monday, friends and family celebrate his life through music at Cheer Up Charlie's. "It going to be like a live mixtape of Ikey's favorite songs and originals," said longtime friend and event organizer Chase Frank. Songs in the Key of Ikey will feature performances by Frank's psychedelic girl-group the Harms with poet Derrick Brown, Owens collaborators 2Mex (Look Daggers), Mendee Ichikawa (Free Moral Agents), and DJ Dennis Owens. The main event is a tribute act including local affiliates Joseph Woullard, Bill Stevenson, Aaron Perez, his studio-mate Alec Esh, and brother Aaron Owens.

Bloodshot Records, the Chicago label with an ear for roots music evolutions, cheers its 20th birthday with a compilation of artists covering songs from the Bloodshot catalog. While No One Was Looking brims with Austin affiliates: Shakey Graves offers a moody take on Wayne Hancock's "Happy Birthday Julie," Possessed by Paul James meditates on Murder by Death, Kevin Russell conjures a soulful serenade of Lydia Loveless' "All the Time," Ben Kweller covers the Meat Purveyors' "2:00 AM," Two Gallants dress up Scott H. Biram's 18-wheel anthem "Truck Driver," and Black Swans' vocalist Jerry David DeCicca tries his hand at Alejandro Escovedo's solemn classic "Broken Bottle." Anniversary releases are obligatory for Bloodshot, but this one's the gem. 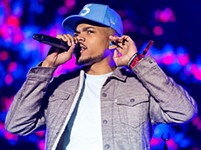