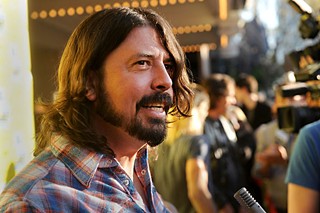 Foo sho: Grohl on the red carpet at SXSW 2013 for Sound City. (Photo by John Anderson)

Dave Grohl remains a Willie Nelson collaboration away from earning a key to this city. The rock & roll polymath roused locals and visitors alike with his South by Southwest keynote last year, and again bolstered his Austin cred with a homegrown installment of HBO documentary series Sonic Highways, which held equal regard for our punk and psych history as it did country and blues. He fronts the Foo Fighters tonight, Thursday, for a makeup Austin City Limits taping postponed from two weeks ago.

Austin Chronicle: With Sound City and Sonic Highways, you're becoming a storyteller of American music. What's next?

Dave Grohl: First of all, I really like my day job. I got a good fuckin' gig! But I think it's important that someone with the opportunity and resources documents the histories of these people, along with the music, for the next generation. Culture and tradition have been handed down for thousands of years through stories and now, with the accessibility of documentaries, you can quickly inspire people worldwide. When it comes to music, there's nothing more inspiring than seeing another musician share their passion. Hearing about Buddy Guy building his first guitar out of wires and nails from his screen porch and then becoming a blues legend – that kind of information changes people's lives because it's human and the opportunity is entirely real.

AC: Have you gotten any feedback from directors? Did Ken Burns call you up and say, "Good job Dave"?

DG: No man, I'm scared of that. It would be like having your favorite drummer come up and say, "Hey, you're pretty good!" I'm my own worst critic, but once it leaves my grips I'm free of it.

AC: You're known for so many different things. For all of your success, what have you attempted that never got off the ground?

DG: If I start something, it goes because I'm not going to half-ass it. Oh! I started a shoe company once! Nobody knows that.

AC: What happened with it?

DG: It fuckin' ate shit. What do I know about shoes? I had been looking for an old pair of Air Jordan high tops like the metalheads used to have and nobody was selling them, so me and my buddy Nick started a shoe company called Hooves. We made death metal-inspired high tops with pentagrams and the logo looked like Celtic Frost's. We signed a deal with Burton and they made like a thousand of them. Most went to Japan and then it just went under.

AC: While making the Austin segment of Sonic Highways, did you think back to Nirvana's 1991 Liberty Lunch gig?

DG: I remember Liberty Lunch because I played there with Scream. But yeah, that was a crazy Nirvana tour because no one expected Nevermind to do what it did and the little venues couldn't keep up. We'd have a show booked at a place that holds 600 people and there'd be 600 more outside. The tour turned into chaos. Remember what happened at Trees in Dallas? Kurt [Cobain] smashed the monitor board and a security guy's head with a guitar and there was blood everywhere. We had to walk offstage ....

Every show got crazier and when we got home we were like, "Goddamn, what was that?" The album was going platinum and we were still in the same van. 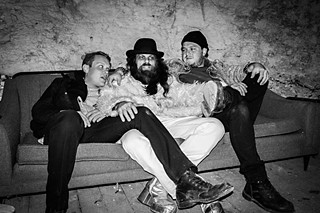 Evident in the punishing live show was that the new songs – roaring proclamations of war, murder, and suffering – are so menacing they render the group's 2012 debut A Message of Love a lullaby by comparison. The EP comes to a head with the title track riding drums that sound like gunfire and lyrics detailing blood pouring from the clouds. "Climbing the Tower" recounts Charles Whitman's 1966 sniper massacre from the UT tower, or rather an author's delusion of that event.

"I've been obsessed with this writer Harry Crews," detailed Steen after a show on Sunday, referring to the scribe who wrote Esquire magazine's 1977 "Climbing the Tower" essay. "He was doing a lecture at UT and was hungover, then basically had an anxiety attack on campus where he envisions Charles Whitman's shooting.

"I think the essay is about understanding madness while you're sane, and that we all have the capacity to do something horrible but we don't act on it. He says we all have towers to climb."

The chillingly cerebral song, which transitions from third person to first person as it progresses, ends with the unifying refrain, "We're climbing up!"

Gary Clark Jr.'s currently recording the follow-up to his 2012 national debut Blak and Blu at Arlyn Studios, his management confirmed. Clark traded licks with Willie Nelson while backed by drummer Jay Moeller and bassist Johnny Bradley at the South Austin studio last Wednesday for the second taping the Inside Arlyn TV series.

Austin's first Music Industry Census and Evaluation of Needs survey launched last Wednesday and, as of Monday, had logged over 2,000 respondents. The data collection, conducted by Titan Music Group on behalf of city's Music Office, looks to evaluate the economic earnings and needs of people who work with music in any capacity. Is it worth your 15 minutes? Definitely. Like it or not, the city makes decisions that affect the music community and this research will no doubt shape policy – so be involved. Titan boss Nikki Rowling tells "Playback" the survey will remain live for up to eight weeks and they hope to garner 5,000 responses. It's my hope that the part-time, low-earning demographic participate so the city understands how many artists fall into the under-$10,000 annual bracket. Access the survey through www.atxmusic.org.

Hammond B-3 organ wiz Mike Flanigin has reinforced his solo debut with appearances by Billy Gibbons, Jimmie Vaughan, Gary Clark Jr., Kat Edmonson, Alejandro Escovedo, and the Relatives elder Gean West. "Initially, I had no intention of making an all-star record," admitted Flanigin about The Drifter. "But it really became this Mount Rushmore of artists who I wanted to write for and collaborate with because they were so authentic." Find the key pusher at the Continental Club Gallery all weekend and help him close out the LP's Kickstarter campaign while perhaps scoring guitars signed by Gibbons, Vaughan, and Clark.

Ed Miller returns to the airwaves. The venerable deejay, whose specialty shows Folkways and Across the Water were vanquished from KUTX's schedule in September, re-emerges on KDRP Sun Radio 100.1FM with the similarly titled Celtic show Across the Pond, now airing Sundays, 5-7pm. His jump follows in the footsteps of late jock Larry Monroe. 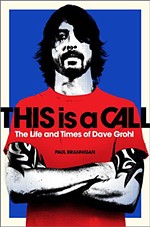 This Is a Call: The Life and Times of Dave Grohl
The Foo's not talking, so commence digging 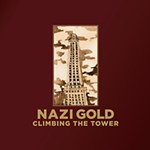 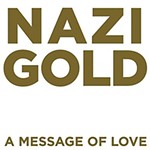