"There are still people trying to work out what a genius Gary Numan is."

That quote tops the current bio for said cold wave pioneer. You might find its source – Prince – surprising. If all you know of the London native is his clanking 1979 electro hit, "Cars," be advised his career ran well past that Top 10 hit.

"The Sex Pistols were all right," allows Numan, almost apologizing for his early Tubeway Army records. "But I never really liked much of the other punk bands. Every record label was signing punk bands, so I used it like the mercenary person I am."

He chuckles. Then he winces over the robotic nature of the dystopian electronic music which built his name.

"Never meant it to be robotic. That was due more to lack of talent, I think," he jokes. "I couldn't afford the equipment. I think I made three albums before I owned a synthesizer. I had to rent them for the few days I had in the studio."

Studio/equipment limitations thus created a sound that TV ads and films have licensed on a semi-regular basis even as his career's waxed and waned commercially. Living in Los Angeles with his wife and family these last few years, he's grateful for a loyal audience for his tours. That said, he's forever puzzled about his first blush of success, about which he laughs.

"People still talk about [1979 breakout] The Pleasure Principle as a groundbreaking kinda thing!" 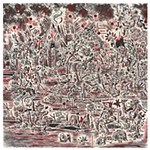