We want Killer Mike. Last year at this same festival, the gregarious Atlanta rapper endeavored valiantly but ultimately proved unsuccessful in performing a full set of blistering Southern hip-hop atop the half-pipe built for bikers. Alas, Mike's asleep; conked out one week into Run the Jewels' current tour. His co-pilot, effervescent NYC rap titan Jaime "El-P" Meline, is more than happy to be his mouthpiece.

"I know for a fact he wants justice," beats El from Memphis after a RTJ once-over in Little Rock. "He wants to come back and rip that shit. There's some unrequited experience there that Mike is savagely after. Everyone should come check us out, because we're going to go ham-eighth-ham." [Here's guessing that's exponential – to the eighth degree.]

Since announcing the imminent birth of RTJ2, last month's second album, both he and Mike have assumed kingpin status, with two early singles (including one with Rage Against the Machine's Zack de la Rocha) and a hotter than Hades stopover in Austin last month that had everybody inside Red 7 off their rockers. Unlike the first album, released last June after a series of mad-dash recording sessions, this one's a more practiced affair, with meet-ups between tour stops and downtime in Atlanta, New York, and Los Angeles.

"This one was really created for Run the Jewels, whereas with the first one, a lot of it was music I was working on that could have gone on a solo record – or anywhere," notes El. "Most of that was done by the time we started Run the Jewels."

Either way, he knows what he's doing with Mike's golden rhyme schemes.

"I know what gets Mike excited," he says. "Me making these records, in a lot of ways, is me making music that I know will give him that grin. Once Mike starts pacing around the room, you know he's about to say some shit. I just try to aim for that." 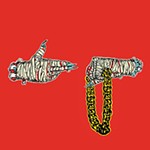