A trio of Australian detonations

Screecher/guitarist Peter Hobbs basically invented satanic beer thrash in Australia during the Eighties, then dropped into relative obscurity. Recently, he was "re-discovered" possibly performing at a rough roadhouse somewhere in the bush. The kind of place where they keep the patrons locked in a cage.

What's the difference between a homicidal maniac and a werewolf? One isn't real. Brisbane's double-decade quintet reappeared after a four-year absence with 2013's Vexovoid, the sound of typewriters and pocket watches localed inside a closet for 100 years to rust. Portal then wears costumes and performs death metal primarily influenced by that dust.

Like Austin, Australia's a place where parrots fly around the 'burbs. What else besides suburban boredom can explain music that sounds like a bird being ground in a food processor? There's also the stop/start guitar chug that's similar to a lawnmower with a clogged fuel line. Grindcore – not just for lawn chairs anymore! 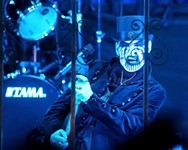 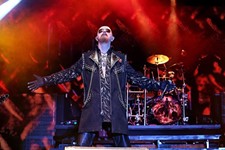