Fries with those fries? McKeown (l) and Owen at Haymaker. (Photos by Shelley Hiam)

Like Austin, Toronto's Horseshoe Tavern remains an outsider's mecca, founded as a country music saloon for longhairs in the Sixties. A punk scene soon followed – Teenage Head, the Viletones – before yielding a rockabilly run through the late Eighties and Nineties. Today, the Horseshoe endures as a mainstay on the indie rock circuit.

This is where the duo that comprises Black Pistol Fire played their first show in 2006 to 20 friends. A threepiece then, they called themselves the Shenanigans. According to guitarist Kevin McKeown, the band was predictably terrible.

"Kevin's dad actually has a CD from that night," reveals drummer Eric Owen, "It was some of the worst music you've ever heard in your life."

A rangy mane of a man twice interviewed while wearing a Muppet Animal T-shirt – Owen's rhythmic and occasionally aesthetic spirit animal – the stickman admits this via telephone on the eve of a professional benchmark. On Sept. 3, T-Mob­ile debuted a commercial campaign that's little more than a Black Pistol Fire performance at Chicago's Vic Theatre. McKeown and Owen blast "Blue Eye Commotion" before a pyrotechnic display custom made for a Circuit of the Americas Fourth of July celebration.

Deep in the heart of Texas, the pair now reside many leagues from the Horse­shoe's slender hole in the wall along the eternally hip Queen Street West (even as their inquisitor stands in front of it). They'll be back, though – all too soon. McKeown and Owen pay rent in Austin, but legally, they're not allowed to stay.

McKeown and Owen met in kindergarten at a North Toronto elementary school. The latter didn't know that you could unzip your fly to use a urinal.

"I would pull my pants down all the way to my ankles," he chuckles. "I remember Kevin looking at me, walking over, and just laughing."

So began a friendship that today functions like siblings. The two have literally grown up alongside each other, from getting kicked out of grade school field trips together to picking up instruments to kill some time. Owen was naturally front and center the day McKeown projectile vomited twice in the course of JJ's Good Eats' Pluto Burger Challenge in nearby Kingston, Ontario, a gluttonous "eat it all and it's free" crusade involving two half-pound cheeseburgers, two sides of poutine – the Canadian concoction of French fries, turkey gravy, and cheese curds – and a large chocolate milkshake.

"I don't know anybody else," grins McKeown at the memory. "I only have a few people that I consider close friends, but me and Eric, this is the oldest and the closest. I don't have anything that goes back that far."

The kinship runs so deep it can't be split by band dissolution. In 2008, after a rift with the Shenanigans' bassist, McKeown plotted a move to Austin with his girlfriend. Owen, who also carried an affinity for the Southwestern United States, asked if he could join them in the new city to carve out an altogether different life.

"There was talk of going as a band," remembers McKeown on the porch of Matt's El Rancho, "but I wasn't feeling that. I didn't want to come here and play in the same band."

Neither did Owen, but he beat McKeown down to Texas nonetheless. Jobless, the drummer got bored and booked a couple gigs. That's precisely when the guitarist hit River City.

"You got to play out to get to know people," reasons the latter arrival.

"That's all we really know – is playing with each other," says McKeown.

Austin's two-man wrecking crew splits the difference between Shovels & Rope and those two other color-coded duos from the Midwest. Black Keys and White Stripes comparisons have run rampant since BPF's 2011 debut. That shit gets old.

"You just expect it," reasons Owen. "There are only two big two-man bands."

One spin of third barn-burner Hush or Howl, released in April on local label Mod­ern Outsider, finds Black Pistol Fire sounding nothing like either the Stripes or Keys. Punk ("Blue Eye Commotion"), folk ("Your Turn to Cry"), and verifiable dance rock ("Hush") melt together as uniquely as poutine. Owen, who drums exclusively in spandex, no shirt, torches throughout and could likely take the Keys' Patrick Carney in a drum-off. McKeown, meanwhile, architects the dexterous songwriting.

Riffs run rampant, but each one varies. Between opener "Alabama Coldcock" and closer "Grease My Wheel," Black Pistol Fire more closely resembles the third aforementioned coupling with a subtle Shovels & Rope jangle. Not that McKeown won't give credit where credit is due. "If it wasn't for a band like the White Stripes, we probably wouldn't be so inclined to stick with the duo thing," he says. "The success of their bands has helped us, especially [with] licensing."

He's alluding to BPF's string of song placements with O'Neill, Pepsi, and 90210.

The press push for Hush or Howl began in late March with an email sent to the Chron­icle challenging yours truly and "Playback" columnist Kevin Curtin to a poutine eating contest at the band's album release show in April inside at Stubb's. Six months later, my colleague's nowhere to be seen outside at Hay­maker on Manor Road, where three plates of the French-Canadian delicacy steam up our table.

"That's my first plate of poutine in five years," admits Owen as he pushes his plate toward the table's middle, a puddle of leftover gravy coating the white plate.

"It's decent," notes McKeown. "Honestly, I was expecting a little worse."

He orders a second plate for communal consumption and asks that the kitchen use less gravy. In between servings, the conversation gravitates back toward citizenship.

"To move here is kind of a loose term," offers Owen. "We're foreigners, technically, and just hanging out – just visiting."

Work visas function differently when your work is playing rock & roll music, meaning McKeown and Owen's stay extends only as long as they've got gigs scheduled. They'll return to Canada in December and remain there until paperwork's complete and their visas arrive. Both are working on the expensive endeavor of obtaining green cards.

"We've spent thousands of dollars on visas over the years," reasons Owen, who estimates he's spent three months of the last four years in Toronto. "It'll save us a ton of money in the long run."

"It's a weird thing calling two places home," agrees McKeown. "Toronto's home, and Austin's home. But Austin's more home, because we spend our time here. But legally, it's not home." 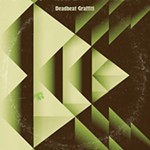 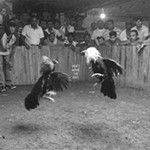