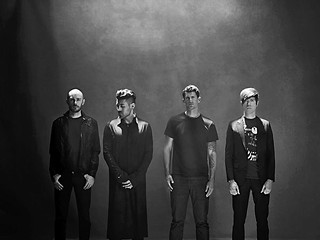 The Soul Stirrers date back to the Twenties, when the gospel quartet formed in Trinity. The jubilee institution paved the way for soul music as we know it, launched the careers of Sam Cooke, Johnnie Taylor, and Lou Rawls, and eventually earned their way into the Rock and Roll Hall of Fame. Led by veteran member Willie Rogers, they're still lifting spirits and stirring souls. – Thomas Fawcett

You heard Kongos' rock anthem "Come With Me Now" while watching too much TV this summer. From their re-released sophomore effort Lunatic, the song made the rounds on commercials and video game trailers. Behind the glitz and tribal imagery are the South African rocker John Kongos' four sons – Dylan, Daniel, Jesse, and Johnny – who pitch accordion-tinged rock with their continent's native rhythms. – Nina Hernandez 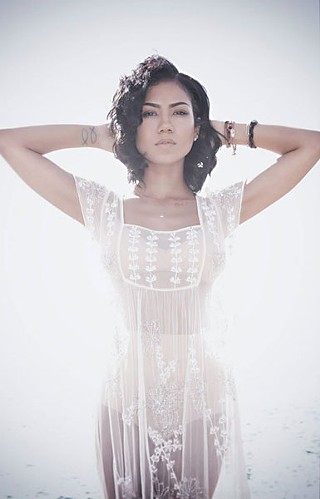 The Central European nation of Slovenia isn't widely considered a bastion of hip-hop, but that's where producer Gramatik grew up and studied the work of idols RZA, DJ Premier, and J Dilla. The 29-year-old beatsmith now calls NYC home, where he crafts deeply soulful, sample-laden head-nodders. A digital freedom proponent, Gramatik's made all of his music available online gratis, including this year's genre-blurring The Age of Reason. – Thomas Fawcett

Gifted a soulful, throaty whisper reminiscent of both Sade and Aaliyah, Jhené Aiko is the go-to girl of the moment for hip-hop love songs. 2013 EP Sail Out found the diminutive L.A. songstress locking lyrics with the likes of Kendrick Lamar ("Stay Ready") and ACL cameo candidate Childish Gambino ("Bed Peace"), while she teamed with Drake on a recent tour and collaboration. Hot off the press, debut Souled Out arrives light on guest verses, setting a super sexy vibe on the solo tip. – Thomas Fawcett

Back after a three-year hiatus born from Britt Daniel's diversion into Divine Fits, August's They Want My Soul, the Austin quintet's eighth, traverses the full landscape of Spoon's previous exploits. There's the middle-year pop stuff; the Transference synthesizer tendencies; Gimme Fiction's gravelly slapstick; the bludgeoning of A Series of Sneaks. There's not a dud among the 10 tracks. – Chase Hoffberger

There are fewer unlikely pop stars than Zedd. He doesn't sing, he doesn't dance, his last name is Zaslavski. The 25-year-old producer was born in Russia and based in Germany, and has unearthed fortune and fame by sewing together the skyrocketing synths of last year's "Clarity" and this year's Ariana Grande bombshell "Break Free." – Luke Winkie

Since the release of their breakout third LP, 2012's Goodbye Normal Street, the Turnpike Troubadours toured relentlessly, which makes sense given the Oklahoma quintet's high-octane picking live. Though rooted in the Red Dirt tradition of their home turf, the band's sharp wit, detailed narrative, and ripping strings include a co-write with former Troubadour John Fullbright. – Doug Freeman 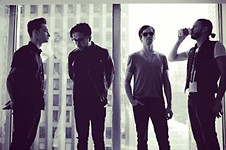