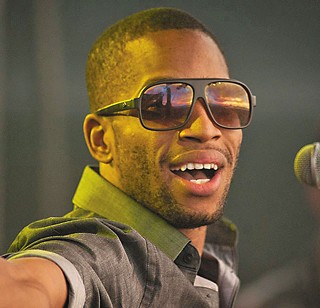 "Basically, it's us being influenced by New Orleans music," he posits. "You got the Neville Brothers – we really don't know what to call them. They have R&B songs. They have some zydeco music. It's just what the city creates, like gumbo.

Going your own way can be an incredible undertaking, especially in an area in which reverence for jazz borders on orthodoxy.

"When I got old enough to realize that I didn't want to do what I was being taught, I kind of took off on my own direction," furthers the 28-year-old 'bone virtuoso. "I was just young enough to grow up listening to hip-hop, and have that be a part of my culture. I started to play my horn to hip-hop beats and rock beats. At some point, I realized that just because I play the trombone, or growing up in this particular style of music – jazz – I didn't see why I had to stick to that."

On his third disc for famed jazz brand Verve, Say That to Say This, Andrews teamed with singer/producer Raphael Saadiq to create a mash-up of funk and R&B as played by a New Orleans brass band.

"He's a legend, a great musician and songwriter," enthuses the bandleader. "We just let him guide us. It was a trade-off: we would bring some New Orleans-type things, and sometimes he was actually another member of the band.

"He would say, 'Try to go to this chord right here.' He would take it there and open our ears up to another level to even play those notes at that particular juncture." 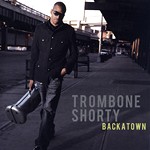