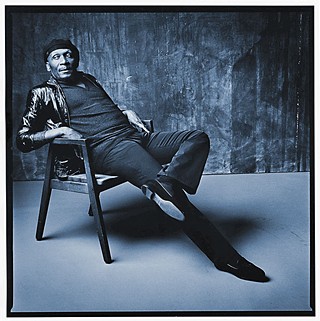 Jamaican vocal great Jimmy Cliff remains a global master of translating triumph into song. Signature compositions "You Can Get It If You Really Want" and "Many Rivers to Cross" summon inner strength to overcome struggles both social and personal.

"It's a seed planted in me by my family, this positive way of looking at life," says the 66-year-old, whose buoyant tenor sounds as powerful today as it did on his first single 52 years ago. "Although we had an economically poor upbringing, we were spiritually and intellectually quite rich.

"I want my performances to be vibrant and uplifting," he continues. "A year after my concert, I hope people say, 'Wow! I still feel energized by that performance. I feel like I can go to work today. I want to live!'"

Cliff's deep catalog stacks hourlong festival sets with just such indelible potential: his canonized The Harder They Come standards, which includes the oppressor-crushing title track and the meditative "Sitting in Limbo," as well as charting covers of "Wild World" and "I Can See Clearly Now," plus singles like "Wonderful World Beautiful People" and "Vietnam." The latter's updated its refrain on another war-torn country.

"I saw that Afghanistan was turning out to be another Vietnam, so that's just highlighting what happened then for it not to happen again," he explains.

The Rock and Roll Hall of Famer, whose musical footprint treads through ska, rocksteady, and reggae, chuckles at the notion that he's Jamaican music's greatest living ambassador.

"Well, it's good these days that they're calling me that kind of name because in my career I've been called many worse names," he laughs. "I am the innovative one of Jamaica's music scene, the one who has never stayed where they think I belong." 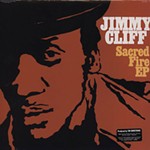 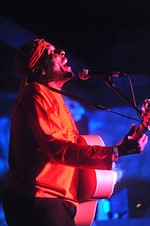