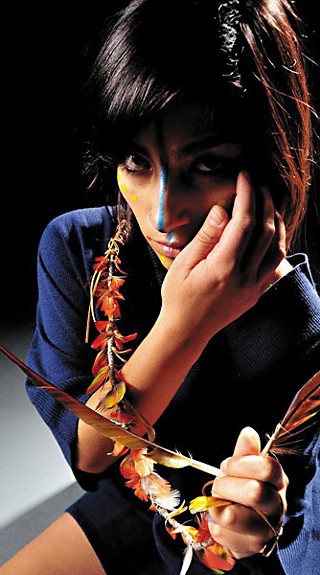 Chilean MC Ana Tijoux can finally hear me. Between us, we've used four different phones to get a good connection. "Hello" has been traded so many times it sounds like an echo.

This happens via Mexico, where the hip-hop powerhouse busies herself promoting her fourth full-length, Vengo. Just short of an hour, it's an invigorating blend of cascading flow and airy folk. The song "Antipatriarca" rails against sexism in mainstream society.

"Publicity emails and commercials presenting women as a piece of meat ...," she laments. "Pressure that we should always be young, and that we should be very afraid about time, almost like it's a problem. The song talks about that – to be proud of being a woman."

"I don't think it's only about hip-hop," she insists. "All of pop culture shows the body of the woman as a product. The vision of a man and a naked woman.

"It's a very pornographic, capitalist vision. Many men love to see this kind of video, but they hate to think it could be their mother or sister. Then it's not interesting anymore."