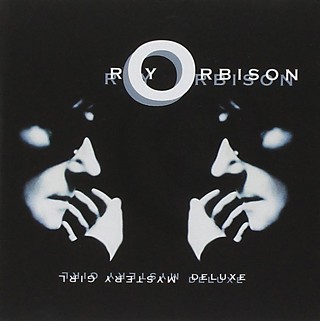 Memories run both warm and sad for the posthumous comeback by Texas' most operatic rock & roller. The melancholy comes naturally: Mystery Girl came out nearly two months to the day after Roy Kelton Orbison of Vernon died from heart failure on Dec. 6, 1988, at the age of 52. David Lynch utilizing Big O classic "In Dreams" for Blue Velvet and the Traveling Wilburys showcasing him with Bob Dylan, George Harrison, and Tom Petty kicked cobwebs off the Texan tenor's career in no time flat. Then he was gone – with a Top 5 LP and Top 10 single in "You Got It." The Mystery Girl Deluxe edition, augmented by the usual brace of bonus cuts (including one new song, "The Way Is Love," featuring the singer's sons backing him on an unfinished cut) and a making-of DVD, reiterates the album's greatness in the face of otherwise mitigating circumstances. Fifth Wilbury and producer Jeff Lynne became notorious for making anyone he touches sound like his band ELO – tons of strings, massed acoustic guitars, and a Danelectro baritone axe twanging away over the top like Duane Eddy taking a wrong turn at Albuquerque. Then factor in this being recorded in the Eighties, the worst decade ever for record production. Kids: Stay away from cocaine, compressors, and gated reverb when mixing. A Bono-produced demo of his contribution "She's a Mystery to Me" hints at the greatness these songs demonstrate minus the gloss, while also underlining the strength of the material via Orbison's command in delivering them. You can't lose with writers like Elvis Costello ("The Comedians") and Tom Petty (co-writer, with Orbison and Lynne, of "You Got It") trying to measure up to a back catalog filled with "Running Scared" and "Only the Lonely." Even rockabilly Billy Burnette, co-writing "(All I Can Do Is) Dream You," manages a rocker ready for insertion between "Oh, Pretty Woman" and "Dream Baby." As immortalized by that otherworldly, multi-octave voice, Mystery Girl remains simply brilliant, a triumph framed in tragedy – like all of Roy Orbison's hits. 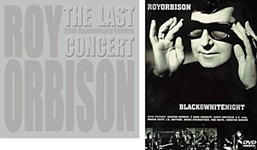