Native son Jack Wilson, behind the bar and onstage 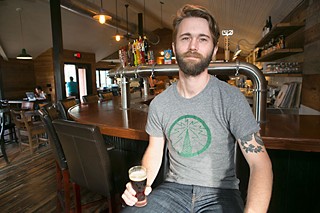 Jack Wilson relishes entrenchments where songs thrive, the Kerrville Folk Festival and Old Settler's Music Festival, for example. Yet he won't leave the campgrounds for the main stages while there. Instead, he's fascinated by the musical stories passed around late-night campfires and hollered from unamplified, makeshift stages.

"I've been going to Kerrville every year for 10 years," nods Wilson, his steely blue eyes lighting up at the thought. "I met my wife there. I found value in the scene of traveling musicians there. One year I went and didn't play a note. I just hung out, and it was one of the best years I've ever had."

The local song enthusiast already boasts a pair of albums, an eponymous debut from 2012 and its 2013 follow-up, Spare Key, with a 7-inch vinyl EP due this month. Besides music, the 30-year-old Wilson also appreciates a good beer and fresh-brewed coffee. He combines all three ingredients as general manager of Radio Coffee & Beer, the neighborhood-style pub owned by his family, who, in a matter of months, have grown the venture into a South Austin hot spot (revisit "There Goes the Neighborhood," July 25).

The homey venue offers a wide array of local craft brews, as well as coffee from Stumptown Coffee Roasters, a Portland, Ore., enterprise known for doing things differently. Wilson proudly indicates they pay 300% above Fair Trade price for their beans. While the focus of Radio Coffee & Beer remains quality refreshment and food – there's a truck for Veracruz tacos outside on the patio – Monday evenings feature bluegrass from the Bottom Dollar String Band as well as the rotating cast of characters known at the Bluegrass Outfit.

A few weeks back, Wilson greeted folks at the door with his infant daughter in his arms. A minute later he was behind the cash register helping the gathering crowd with libations. When the jam started, he jumped to the sound board to get the mix just right.

"I was born in Austin," explains Wilson. "I lived here until I was 22, went to the University of Texas, got a history degree, and then moved to Seattle for a change of scenery. Truthfully, I had no ambition when I graduated; friends driving to Seattle with an extra seat sounded like my best course of action."

He was luckier than most in Seattle. A job at Victrola Coffee Roasters was prime experience for his current venture. Wilson also fell in with the growing folk-pop scene there, gathering friendships with members of Fleet Foxes and the Head and the Heart.

"My dad was an Austin transplant in the Seventies," explains Wilson. "I grew up going to Walter Hyatt shows – and John Hiatt shows for that matter. Lyle Lovett, Willis Alan Ramsey, Jerry Jeff Walker, and Robert Earl Keen; I mean, I was an Austin kid, so that kind of songwriter always appealed to me. At 8, I was listening to Pearl Jam and Nirvana. At 12, I was on to Weezer. And by 14, I was sneaking out to see Primus and the Toadies at Austin Music Hall."

While attending UT he discovered his biggest influences in Elliott Smith, Tom Waits, Bob Dylan's Blood on the Tracks, and Townes Van Zandt. This turned into a lifelong quest for good songs and discovering the scene at Kerrville. Even while living in Seattle, Wilson trekked annually to Kerrville for two invaluable things: the camaraderie and an education.

Equally important to his current role running Radio was employment at the recently shuttered Flipnotics. He counts three different tenures there under three different owners, as well as a stint at Bouldin Creek Cafe, and Cafe Flora in Seattle. About a year ago, Wilson and his parents purchased the property, dubbed Radio by him.

"I wanted to refer back to Victrola. I also really love listening to the radio."

A former flower shop/vintage store located one block north of Ben White on Manchaca, it took a year to renovate. Some compare it to the newly hip and equally thriving Strange Brew simply because they're a couple of miles apart on the same road and both serve coffee. Wilson thinks Radio can be more like Flips, a neighborhood meeting place. Where Strange Brew features music on a daily basis, Radio only presents music occasionally, plus special events for film and the arts.

"I'm not trying to replace Flips at all," he maintains. "Maybe we'll replace it in the hearts of people in South Austin. That would be wonderful, but they were doing their own thing and we're definitely doing our own thing. Flips never had more than two drafts. We're a full-on craft brew pub. I feel like quality control is higher here than Flips ever had."

The most obvious link between the two ventures is Bluegrass Mondays, Radio's only regular music gig. The Bluegrass Outfit represents the finest young players in the burgeoning ATX scene, including members of Wood & Wire, Green Mountain Grass, the Two High String Band, and the Greencards, depending on who's in town. The Bottom Dollar String Band, which just released its debut disc Appalachian Stars, began in the "hobo tree house" at Flipnotics and worked up to being a regular opening act.

Wilson sees encouraging such next-generation acts as one of his roles. He teamed with similar types during his August residencies, the first two weeks of the month at the Mohawk, and another pair of Wednesdays coming up at Stubb's. The Painted Redstarts, Matt the Electrician, Dana Falconberry, Some Say Leland, Carson McHone, and the Lonesome Heroes fill his opening slots.

On his own, Wilson's 2012 debut was all over the map, ranging from nearly progressive rock to unmistakable roots influences like the Band and Jackson Browne. Last year's Spare Key found him hitting his stride with a dark, attractive tone. Recorded in the aftermath of a shooting incident that left four people dead at Seattle's Cafe Racer, where Wilson regularly performed, the album features assistance from several of the victims. Chamber pop in the style of Sufjan Stevens with hints of Brian Wilson sprinkled in, Spare Key arrived lush with an undeniable amount of compassion.

"I don't know if I play folk music, but I know I love folk music," he says about the disc. "For me it's all about songwriting. There's a ton of amazing folk-rock being made in the United States right now, lyric-based rock & roll. It still tells good stories. Anything that speaks lyrically to the voice of the people is folk music. I don't think we have to push it that far out. The Sixties are over, the Seventies are over, and folk music can change. We don't have to just sing about the same stuff over and over."

A recent weekday visit to Radio found it running smoothly. The cool, dark-paneled interior filled with computer screens and the aroma of strong coffee. Outside, the patio buzzed with mothers herding youngsters while others found a relaxed meeting place and a frosty beer.

"I'm about to release a 7-inch and am gearing up for an album next year. The residency is just to let people know that I'm still making music and not just working. I'm making music, I'm running this place. I can do it all."

He laughs at himself.

Catch Jack Wilson inside at Stubb's on consecutive Wednesdays, August 20 & 27. 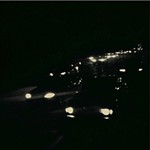 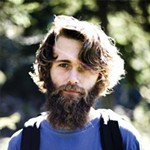