"We have a lot of people come to the venue who live in the immediate area, but it's act driven," says venue owner Scott Ward. "Bigger acts will get people from San Antonio/Houston. There are a lot of people who will do that simply for the quality of the venue. People drive here because they'd rather see bands at Strange Brew than in their own city." 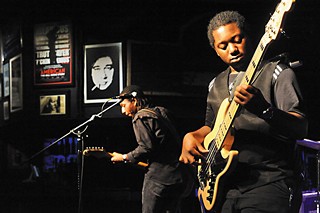 
"I used to say, 'You want to start a venue? Go to the location and fire a shotgun off about three or four times,'" suggests venue partner David Cotton, a veteran of Downtown spots including Antone's, Momo's, Threadgill's, and Steamboat before opening his own venue north of Howard Lane. "If the police don't show up, you've got a good place to put a nightclub." 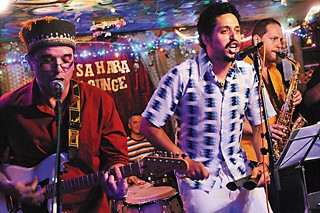 
The parties rage on weekends when Caribbean and African nights take over. On weeknights, the former TC's Lounge doubles as a viable neighborhood hangout, with East Austin musicians taking up a full slew of residencies.


"Downtown gets busy late," says co-owner Gregg Ware, who moved his venue from Fifth and Brazos two summers ago to avoid obstructing construction. "People don't go out until 11 o'clock. Being in the neighborhoods, people like to get out of there quickly. Once it becomes 1am, for the most part, people are ready to go."


"We say our beer is music-infused," offers partner Mark Jensen of his popular brewery and hangout. "Sometimes it works against us. People come here for the beer and pizza, then we put a rock show on, and it chases them outside." 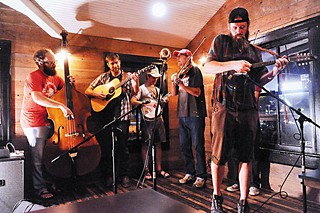 
"A high tide raises all ships," RCB owner Jack Wilson says of the new activity on Manchaca. "El Chilito is moving down, the Live Oak Market is here. A lot of people who made 78704 what it was from the mid-Seventies until recently have all moved out to Ben White. Go figure, now there's all this sweet culture happening around here. People like to play close to their house, and they like to play the neighborhood bar." 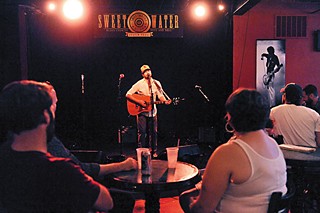 
"We focus on not having a cover, because we're a hybrid of a neighborhood bar and a venue," says Daniel Smith, who opened Sweetwater on Stassney Lane where a battered sports bar stood in May. "That's our bread and butter: People from South Austin who don't want to drive Downtown can come over and hang out and play pool and relax, and then a band comes on."


"I feel like we're a start-up venue for bands to get going," says Nicki Mebane, whose parents opened the Northeast Austin room in 1963. "We've had it long enough and own the building. We can be a little more flexible with who we have. If it's not great, hopefully it'll get much better the next night."


"East Sixth Street is even becoming kind of uncomfortable to get to," offers Cello Murphy, who opened the Lost Well where Frontier Bar used to be after the beloved Lovejoys closed on Sixth. "We want to serve as a neighborhood bar during the week, but have the music on weekends for people who don't want the hassle of dealing with Downtown."