John Dawson Winter III turned 70 on February 23. That didn't stop the Beaumont guitar giant from taking this year's South by Southwest head on. Fifth Street warehouse Rowdy's Saloon hosted his well-attended showcase, while Jimmy Kimmel Live! at the Long Center televised him for a larger audience altogether. Even then, Winter's raison d'etre at the festival turned on the premiere of a new biopic, Down and Dirty.

Directed by Greg Olliver, the filmmaker behind Motörhead's Lemmy, the movie's premiere featured a Q&A afterward, with the legally blind guitarist then autographing all memorabilia set in front of him. Anyone who caught the albino bluesman during the Nineties might have wondered if they were seeing the same person. He's older now, a bit more grizzled, but where he once appeared perpetually disoriented, he's steady and having the time of his life.

Between his birthday and the SXSW Film screening of Down and Dirty, Winter celebrated another documentation, this one of his recorded output: Sony Legacy's 4-CD box set True to the Blues: The Johnny Winter Story. Combined, the audio and visual components of both releases trace the lanky guitarist's complete up, down, and up again saga in words, music, and pictures in a previously unrealized comprehensive fashion.

At Beaumont High School, the budding six-string virtuoso came billed as Johnny "Cool Daddy" Winter. In his teens, he established himself at Austin's legendary psychedelic shack, the Vulcan Gas Company. There, he solidified his stage show and chops in an electric blues trio with bassist Tommy Shannon, the now longtime local who anchored Stevie Ray Vaughan's Double Trouble, as well as another Dallas native, drummer "Uncle" John Turner (see "The Beat Goes On," Earache!, July 26, 2007).

In 1968, Winter landed in a nascent magazine called Rolling Stone, which in turn led to an NYC introduction courtesy of new, high-powered manager Steve Paul. He sat in at the Fillmore East with recently crowned guitar god Michael Bloomfield (see "Box Sets," p.54), and within a week had signed to Columbia Records for a six-figure advance, the largest in the history of the recording industry at the time. Among other music festivals of the day, Winter performed at Woodstock, although he opted out of the film.

Career ratcheting into overdrive, the Texan then moved away from lightning blues to become a rock star, recording with his keyboard equivalent, younger brother Edgar Winter, and guitar hot shot Rick Derringer, all of whom got their "Rock & Roll, Hoochie Koo" on. During this period, 1970 on, the guitarist became addicted to heroin, some blaming fellow Lone Star Southerner Janis Joplin for the introduction. Winter stumbled for a year before a triumphant return with Still Alive and Well.

Muddy Waters, one of his bedrock influences, called next. Producing and performing with an architect of his core passion, Winter's results not only resurrected the Chicago blues Buddha's career, three of the four LPs they made together won Grammys. The joys of Hard Again (1977) and I'm Ready (1978) jump from their vinyl grooves.

The collaboration's success also allowed Winter to then make whatever music he chose. For the next decade, he put out a series of blues albums on a variety of labels, each displaying his highly influential style on both electric and acoustic. Aerosmith's Joe Perry, for one, was listening.

"If it were not for Johnny Winter, I would never have picked up the guitar," he proclaims in Down and Dirty, which collects like accolades from Billy Gibbons, Warren Haynes and Derek Trucks, Austinite James Cotton (see both "Chairman of the Board," April 25, and "Got My Mojo Workin'," June 27), and many more.

The documentary boasts many poignant moments, illustrating Winter's humanity at every turn. There's his boyhood home in Beaumont that he chooses not to enter only to have the woman who now owns it greet him at the curb and prompt genuine tears. His tenure with Muddy Waters mirrors the music via a marvel of TV clips and photos of them together at the blues legend's home. At the heart of Down and Dirty is Winter being weaned off methadone.

Heroin replacement treatment can take years, but in Winter's case he was on the medication for more than a decade. Combined with anti-depressants and a taste for vodka, he spent much of the Nineties and beyond in a narcotic haze. According to the film, his manager at the time kept him that way while stealing royalties.

Beginning around 2003, rhythm guitarist Paul Nelson started getting Winter off everything, and after a management change two years later, full rehabilitation went into effect. Winter's new team began whittling down the daily methadone without his knowledge. When the dosage became too small as to be noticeable, they began to put it in gel capsules. Eventually they fed him empty caps until Christmas 2010 when they revealed that he'd been off the stuff for two years.

"That was the best Christmas gift ever," Winter acknowledged to me at SXSW.

Walking Thru the Park

"The film answers a lot of questions," fills in bandmate Nelson while sitting with the guitarist after the screening. "Fans wanted to know, 'What's going on? I've heard these horror stories. Is it management? Is it Johnny?' It really shows what happened from the mid-Nineties on. Why did he disappear off the face of the map?

"The attorneys said it best when we went after [former manager Theodore] Slatus: 'A terrible injustice has been done here. We always wondered why Johnny never reached the [Jimi] Hendrix status, and we're going the right this wrong.' There was a lot of legal stuff that went on and Johnny had to run around and play like a 16-year-old to pay for the legal fees. Everything's been cleaned up by the lawyers. We've got back the royalties to everything."

Nelson, now Winter's manager, receives executive producer credit on True to the Blues, although his client claims he had no input on the box. Pieced together chronologically, it begins in 1968 with two tracks recorded live at the Vulcan Gas Company followed by the scorching Fillmore East jam with Bloomfield and Al Kooper. Then the core of what made Winter famous, his six albums with Columbia, are excerpted. His rowdy rendition of Dylan's "Highway 61 Revisited" stands apart, but the guitarist rejects his bestsellers with Derringer and Johnny Winter And.

Some who've heard their high-flying rendition of the Rolling Stones' "Jumpin' Jack Flash" on Live Johnny Winter And might disagree.

Remarkably, the box set contains selections from 27 albums on eight different labels. The only quibble might be that Muddy Waters arrives underrepresented with a previously released live track and studio rendition of "Walking Thru the Park" from Winter's Nothin' but the Blues album in 1977. Both feature James Cotton on harp and late, fellow local Pinetop Perkins on piano. Nothing from the Waters/Winters albums was licensed.

Next from Winter: September's Step Back, an all-star collection featuring, besides Gibbons and Perry, Eric Clapton, Ben Harper, Dr. John, Leslie West, Brian Setzer, and Joe Bonnamassa. It offers further proof, despite its title, that Winter's back. His impossibly fast, aggressive guitar leads coexist with an unmistakably agile style on acoustic slide.

As demonstrated in the film, Johnny Winter thrives on attention. He won't put down his Sharpie until every last fan has had their offering signed. And while a lesser entertainer might balk at having a camera crew literally in his face for nearly two years, he shines in those same lights. 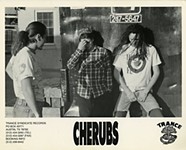