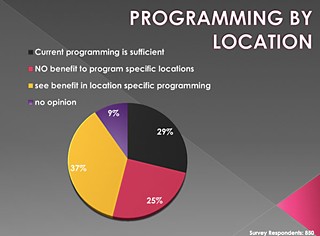 Good thing they served coffee at the city's South by Southwest evaluation meeting last week, because I'd have dozed off otherwise. Never have I witnessed a PowerPoint presentation delivered with less enthusiasm, and I put in a year of junior college.

Called for by Council Member Mike Martinez and authored by the city's Music Office, the community questionnaire was executed in April. Martinez says the online survey was prompted by an influx of feedback the city received regarding security, overcrowding, parking lot concerts, an excess of ancillary events, and traffic. Bill Manno, corporate special events program manager for the city, dutifully presented 18 slides of pie-charted responses, but provided little interpretation of the data. When asked what stood out as noteworthy, the Austin Center for Events panel, comprising police, fire, transportation, and EMS representatives, offered a collective shrug.

The survey netted 850 respondents, the majority group (45%) reporting that they attended SXSW primarily for free food/alcohol/swag. One prevailing narrative was that the largest segment (46%) felt the city currently issues "too many" special events permits. Other statistics showed that most (53%) thought out-of-town businesses should be required to utilize local event planners and that the lion's share of respondents (65%) believe tickets and RSVPs should be provided based on venue capacity.

Generality was the survey's defect. One header reads "Festival Programming" without itemizing what aspects of programming are being evaluated. Another asks, "Should Festival events be limited to one area in downtown Austin?" That depends on the "one area." The most puzzling question was "Programming by Location," with the choices being, "see benefit in location specific programming," "NO benefit [...]," "Current programming is sufficient," or "no opinion." One can hardly infer whether what's being asked is if Lady Gaga can sing in a chip machine or if rappers should be moved to the Eastside.

Respondents were asked if the city should work with the TABC "to limit the amounts and hours that alcohol is served at events during SXSW," a question rendered moot when TABC reps in attendance pointed out that they don't have the authority to limit the hours alcohol is served. Maybe someone at the city should have attended the SXSW 2014 workshop entitled "Designing Surveys That Work."

The public survey remains just one aspect of the city's ongoing SXSW evaluation, with City Manager Marc Ott scheduled to propose any code changes to City Council by the end of June. SXSW's Laurie Velasco reports that their representatives have met with Martinez, APD, the Fire Department, and EMS as part of their own post-event review.

Tow trucks hauling cars off Sixth Street Friday night demonstrated that people are still adjusting to recent restrictions prohibiting parking between Red River and Brazos from 9pm-3am, Thursday through Saturday. The popular party strip's new "No Parking" signs, meant to deter drivers from navigating inebriated hordes when the road is barricaded, have created headaches for musicians like drummer Charlie Jones, who makes his living performing in the district's bars. He used to arrive early and score a parking space in front of the club, but now he has to choose between the robbery risk of loading expensive gear via the back alley or using paid parking and making several trips to haul his drum kit into the club. "It comes down to courtesy," says Jones. "The city's made no specific effort to inform working musicians on what we're allowed to do." I asked APD Lt. Christian Malanka how musicians can unload gear into bars without parking on Sixth. "Load in through the back alley," he instructed. "When that's not possible look for a police officer and ask for assistance." 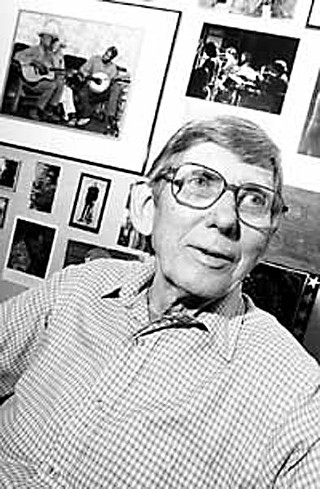 Austin's quintessential music photographer, Wilson chronicled concerts from the mid-Sixties at the Vulcan Gas Company to mid-Seventies extravaganzas at the 'Dillo. His book, The Austin Music Scene Through the Lens of Burton Wilson, remains an essential document of Texas musical history. A World War II veteran who took up photography in his 40s, the Vermont native studied under famed photojournalist Russell Lee here at UT and later took a master class with Ansel Adams.

"Unlike photographers today who jump around on and off the stage, Burton wasn't a grandstander. He was very unobtrusive, yet produced the most expressive photography," notes South Austin Popular Culture Center director Leea Mechling, who produced an exhibit on Wilson last year.

Wilson's iconic photos included Big Joe Williams enjoying an after-dinner cigarette, Doug Sahm thrusting out a can of Pearl beer, and Bruce Springsteen wearing an airbrushed "Rosie" shirt. Though he was a couple of decades older than the Armadillo crowd, Wilson was accepted as a friend and role model.

"He was the nicest grownup any of us had ever met, very mature and well-mannered," Wilson recalled. "Even as rowdy and rambunctious and hormone-driven as we all were, he had this calm and saintly way of treating people."

Next week, Chain Drive, gay bar and original settler of the once-seedy-now-yuppie Rainey district, will vacate its shady Willow Street home of 26 years. The move makes room for Waller Center, a 1.4 million-square-foot development with three towers of apartments, hotels, and retail that's expecting completion in 2016.

"What made Thirst Fursday amazing was the coming together of the bear culture with the artsy, weird, musician kids of Austin in a dirty, unpretentious bar," declared Roper.

Chain Drive's management hasn't yet announced a future site, but another LGBT staple, Cheer Up Charlie's, reports increased revenue after moving out of the Eastside and onto Red River.

• Gary Clark Jr. continued his practice of guest-starring with the Rolling Stones, joining the immortal Brits in Lisbon last Thursday. The 30-year-old Austin native traded leads with Ronnie Wood on Some Girls cut "Respectable," and even sang the sassy refrain, "So respect-a-bawwwl." The guitarist returns home to play the X Games on Sunday.

• Want to play guitar like Redd Volkaert? In your dreams. But you can mimic his sound thanks to Durham Electronics' new Reddverb effect pedal, simulating the Tele-hog's fat and tight tone. As always, you can catch Volkaert, who just got hitched over the weekend, Sunday night at the Continental Club with Heybale! 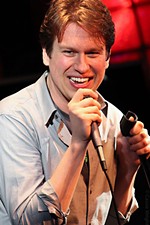 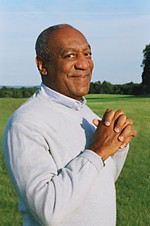 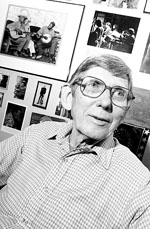