The man wrote 'Hang On, Sloopy' for God's sake 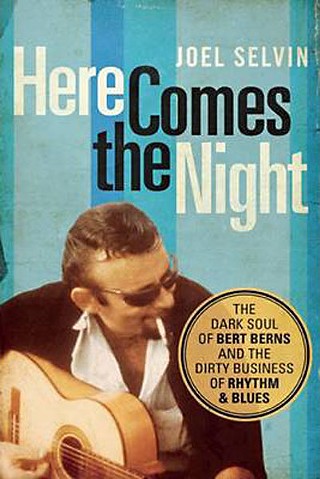 Bert Berns' name doesn't command the same recognition as fellow trailblazing songwriter-producers Jerry Leiber, Mike Stoller, and Jerry Wexler, perhaps due to his death in 1967 at the age of 38, or perhaps because of the many bridges he burned during his brief but meteoric career. Yet his best work, productions with Solomon Burke, the Drifters, and the Isley Brothers, plus iconic compositions "Twist and Shout," "Hang On Sloopy," and "Piece of My Heart," attests to his immense talent, and veteran San Francisco Chronicle critic Joel Selvin's ambitious bio makes a convincing case for Berns as the artistic equal of his aforementioned peers. Selvin paints a compelling portrait of Berns, whose awareness of his mortality – a bad heart caused doctors to predict he wouldn't live past 21 – manifested itself in a ruthless drive, songs of existential and romantic torment, and inventive arrangements amplifying his songs' emotional urgency. The author also provides a vivid, character-filled picture of the wild west atmosphere of the New York music biz, often branching out into narrative detours that are consistently entertaining and enlightening, even when Berns disappears from his own story for extended stretches.