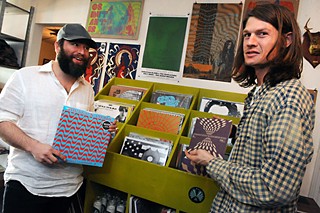 Just a modern guy here: born in the tape era, raised on CDs, persuaded by the convenience of MP3s, and now a hesitant subscriber to Spotify. But when I'm at home, I listen to records.

Never a matter of habit, I began buying vinyl in 2002 out of necessity. It was the only format the regional crust-punk bands I favored released music on. I scored an ancient Califone portable player at a resale shop and dropped the needle on 7-inches from bands like the Murderers and Don Knotts, the volume always maxed. My musical tastes grew with my record collection, not the other way around. Chance grabs at garage sales and referrals from clerks with gray ponytails led to life-changing acquisitions: Roger Miller's Golden Hits, The Harder They Come soundtrack, Charles Mingus' The Clown.

A dozen years later, records remain my go-to format. I won't bore you with how vinyl sounds better than digital or that full size art is among music's essentials. For me, records represent discovery. Whether you're soliciting recommendations from an expert at End of an Ear, digging through dusty surf 45s at a thrift store, or borrowing an LP of Baka Pygmy field recordings from a friend, vinyl offers a channel of discovery for those who seek inspiration from music.

The vinyl boom continues, jumping 18% in 2012 and 32% in 2013, according to data analysts Statistica. In spite of digital downloads and streaming services, Austin boasts an abundance of record stores, including: Antone's, Breakaway, Encore, Exploded, Friends of Sound, Trailer Space, and of course Waterloo. On Saturday, Record Store Day unites the shops, the artists, and fans for a celebration of flat, black wax. Over 400 limited edition RSD releases hit shelves at participating businesses, but it's not just about rarities. We like RSD because it spotlights our indie record stores and puts extra cash in the till. It's also a fine day to make a discovery.

• Among my favorite slabs of vinyl found crammed in my mailbox at the Chronicle is the new Mrs. Glass 45 on Alphabet Records, featuring joyous slide guitar single "Happy Every Day." Snag a copy at Waterloo or catch the swamp blues trio Thursday nights at the Blackheart.

Marc Campbell denounced Record Store Day as "catering to people who collect vinyl like some folks used to collect Beanie Babies and Pokemon cards" in a recent open letter, then fired shots at the RSD organization, proclaiming, "I won't be policed by a bunch of assholes who think they're doing our store a favor by letting us sell their authorized jive to hipsters who cream in their skinny jeans when they score a limited edition red vinyl pressing of Ian Curtis farting in a bathtub."

Campbell owns the Sound Gallery (4930 S. Congress), a museumlike megastore of vintage audio devices that displays a few hundred record players, receivers, and vintage speakers – mainly gear from the Seventies and Eighties – that's been masterfully refurbished and upgraded. The units range from Jetsons-looking art deco systems to the ultra rare "Snow White's Coffin" made by Braun in the Fifties. He's also stocked about 2,000 new and used records.

"The social and cultural aspect of this is very important," Campbell told me when he opened Sound Gallery in February. "Everyone's being forced into a listening experience of SoundCloud, MP3s, and streaming that's low quality and anti-art. I'm taking our music back!" 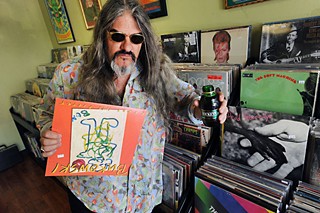 Despite Campbell's spirited hostility towards the retail holiday, visit his Sound Gallery as part of your Record Store Day plans. You're going to need a nice turntable to play that gaseous Joy Division spin-off you just bought.

Monday morning's heavy rainfall made Dalis Allen smile. The Kerrville Folk Festival producer saw it as a sign from her friend and mentor Rod Kennedy, the festival's founder, who died peacefully of natural causes that day in a Kerrville assisted living facility at age 84.

"We credit him with rain because it rained every festival," she chuckled.

Kennedy, a singer, Marine, car enthusiast, and concert promoter, started KFF in 1972 and ran it for 30 years, nurturing singer-songwriters and building a community of musicians and fans that can only be described as a family (see Monday's "Earache!" report at austinchronicle.com/daily/music).

"He made the word Kerrville magical," said festival regular Jimmy LaFave, whom Kennedy, despite his failing health, came out to see perform four months ago. "That's a testament to his love and support of music. There was no greater honor than having Rod Kennedy in your listening audience."

"Kennedy's mission was always to encourage songwriters," explained Allen. "The Kerrville Folk Festival offered a support system they could come back to every year."

Allen, a longtime friend of Kennedy who took over festival operations after his retirement, stood by his deathbed reading letters and messages she'd received, all of them sharing the same sentiment: "Your festival changed my life." Peter Yarrow of Peter, Paul & Mary flew to Texas on Sunday to kiss his old friend on the forehead, tell him stories, and sing a few songs.

"He could hear us and I know he could feel the music," asserted Allen, despite Kennedy's fading condition.

Already there's a Kennedy tribute in the works for Kerrville's first night, May 22.

"Through the festival, he'll live on," Allen guaranteed.

› Big things for Euphoria Music & Camping Festival: The local EDM fest has upgraded to Austin's Carson Creek Ranch from past outings at New Braunfels' Whitewater Amphitheater and Kyle's Thunderhill Raceway. Euphoria founder Mitch Morales says the new site's camping area will be a game-changer. "Camping is part of that all-in, immersive experience that makes festivals so special." They've scored their best lineup yet with Zeds Dead, Crystal Method, Garreth Emery, Beats Antique, Lotus, and Bonobo among the 60-plus EDM-centric performers, many of whom are international. "Electronic music has a very global perspective and we'd like to reflect that," offers Morales. 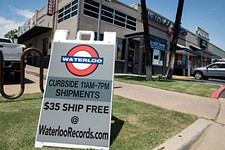 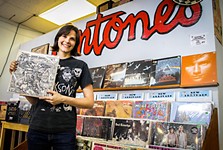