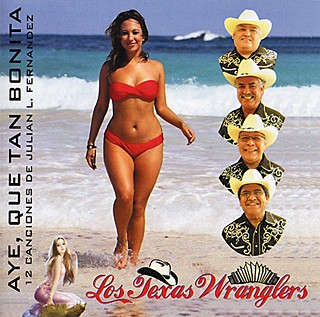 Blues ceded its sound-of-our-town designation long before Gary Clark Jr. appeared on the scene, but squeeze-box polkas go back more than a century in Central Texas. Flaco Jiménez, third generation accordionist bandleader, passed the torch to bajo sexto stringer Max Baca by enlisting him for the Texas Tornados. Now, the younger conjunto purveyor has a Grammy with his Los Texmaniacs, and only four more to go to match his mentor. Thus, Smithsonian Folkways plies trademark higher education in these 17 effervescent duets (with attendant rhythm section) that span key standards (opener "Margarita, Margarita"), lilting waltzes ("Jardín de las Flores"), and a quartet of three-button symphonies penned by Flaco's father Santiago Jiménez Sr. Whether Baca takes lead on a ranchera ballad and shows off the natural, down-tuned goodness of his big-ass gut-string serenader ("Me Voy Lejos"), or Jiménez, 75, lights up his rich, juicy, roadside carnival tones ("Beer-Drinking Polka), Legends & Legacies lives up to its billing. Equally plucky, Los Texas Wranglers state their intent both on the cover of Aye, Que Tan Bonita and its opening verse: "I got married in New York City/ To a cutie sweetie pie/ She made me so happy/ That I can't deny/ When it came to her cooking/ I puked and almost died/ I should've stayed in Texas/ Where the girls are southern fried." Cue the accordion. Odes to Texanitas might, in lesser hands, touch off a cantina emborrachada, but the deep South Austin quintet instead follows the leader in singer Amador Salazar, whose style might somehow be an anagram of his first name – deeply plush, romantic. Cumbia con sal y limón. Cheryl Burke's "cover model" swimwear slips off on the title track, while "En Tejas" tours the state in a song – all of it as tropical as a beach scene. Lead-off batter "Good Ol' Texas Girls" is still the tune to beat, however: "I love those Texas ladies/ They know how to satisfy/ Barbecue is second nature/ Then there's that chicken fried/ A slap of country ribs/ Tater salad and a cold Lone Star/ That's just the first course/ Of those good ol' Texas girls."