Cody Chesnutt never felt pressured to produce new material in the decade leading up to 2012's Landing on a Hundred, the long-awaited follow-up to his 2002 solo debut, The Headphone Masterpiece.

"What works for me is to just let it all happen," says the spiritual soul man, now 45, from tour in Paris. "I'm available to it, but I don't want it to define the way that I'm living. I want it to be pure and honest and something that's inspired by some type of emotional reaction."

Remodeled by the Roots on their breakout album Phrenology, Headphone single "The Seed" helped make Chesnutt's name. He responded by all but suspending professional activity entirely and burying himself in his family. He and his wife had a son in 2003 and a daughter six years later. Early between the two births, Chesnutt found his message.

"It represents my desire to embrace growth" he says of Landing on a Hundred, a 12-track stunner whose roots alternate between Prince, Stevie Wonder, Isaac Hayes, and Marvin Gaye. "The perception is that growing into an adult and having an adult state of mind is unsexy. That you have to stay in this arrested state of development in pop culture and your worldview.

"But embracing growth is good. It's healthy. It's okay to grow as a person and as an artist."


Unable to track down PR for Res, I messaged her on Facebook.

"That's the best part about being indie," declares the Philly soul singer. "You're attainable. I had a whole period of time, about five or six years, where I had no manager, no assistant, nobody that cared about Res music except Res and her fans. It was just me."

That was a seismic shift for the former major label artist who debuted in 2001 with How I Do, today a cult favorite. A sophomore album never appeared, and when Geffen gobbled MCA, Res' contract provided a budget and freedom to create, but the label showed little interest in her, so she walked. 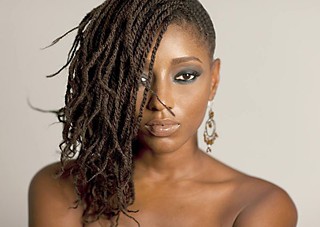 "I've dealt with love, loss, death, birth, and I can honestly say that going from major label to being completely indie was the hardest thing to adjust to in my entire life. And I don't mean indie on some Pitchfork shit. I mean indie like putting my music out for people to pay 99 cents to my PayPal. It's almost like a rich person that finds themselves homeless. But I don't feel like I was done wrong. Once you look back and know how it goes, that's normal business.

"This is what you signed up for."

Res joined Talib Kweli under the banner Idle Warship in 2009 and recently released Refried Mac, a collection of Stevie Nicks and Fleetwood Mac covers. She hopes to breathe new life into her career with the long-awaited Reset, due later this year.

"It's all about how dope your last thing was. All the other shit is just smoke and mirrors."

Thirty-five years ago, Gary Numan reconfigured the themes of his paranoia classic "Down in the Park" into a dystopian novel. Any progress?

"Well, inch by inch it gets closer," he says. "My problem is finding the time to spare."

Re-crowned king of British alienation, Numan, 55, wove some of the narrative into 2013's Splinter (Songs From a Broken Mind), opening jackhammer crawl "I Am Dust" and "We're the Unforgiven" both taking lyrical inspiration from the long-gestating book. It's a rebirth from 2006's Jagged, after which he was diagnosed with depression, and entered a creative black hole.

"I didn't write a song for three years, maybe four. That gap helped me come back into music reasonably fresh."

Numan's been around so long his legacy as a pioneer of dark electronic music has almost been forgotten. Recording in 1978 as the post-punk Tubeway Army, he saw a Minimoog synth in the studio control room, and the sound lauded by Trent Reznor and Prince was accidentally born.

"I had never even seen a real synth before, so I didn't know what I was doing, but I loved the sounds it made. I decided then and there to change the music I had prepared into electronic versions. It was all very amateurish, but it worked well enough."

New tech also means reinventions of classics like "Cars" and "Are 'Friends' Electric?"

"In fact, after the Splinter tours are over, both those songs will be getting another facelift."

"For us, working with a corporation is huge. If you can get into the lives of Americans that will not come and see a soul band, that's helping us. That's the part of the world we want to know about us. It's fine for people to be into pop, or heavy metal, or punk, but those are very specific and they're not going to reach everyone.

"Soul music, classic rock & roll music, everyone feels as a kindred spirit when they hear it, and that's the kind of stuff we need to get to the forefront."

Vintage Trouble has become a favorite on the festival circuit, with their appearance at last year's Austin City Limits Music Festival a personal highlight.

"I wish I could live there," guitarist Nalle Colt chimes in. "But I tried it during the summer, and it's way too hot." 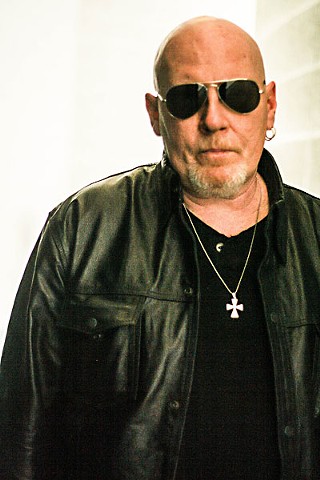 "A lot of the Dead Boys stuff was actually written on an acoustic 12-string," Chrome reveals. "I always played acoustic guitar. I just thought maybe it was time to bring it out a little bit."

"Me and Hilly kinda got into a disagreement about putting it out on CBGB Records," laughs Chrome. "Because at the time, there wasn't a CBGB Records!"

"That could've been a Dead Boys song," acknowledges Chrome. "It was written in that period."