Metalhead news 'n' views never read as informative as they do in the hands of the smartass souls at MetalSucks. For the site's SXSW party, snark matters less than eclecticism. Hailing from Keyport, N.J., East of the Wall injects fleet-fingered tech riffs and hardcore snarls into melodic prog metal via its latest Redaction Artifacts. Atlanta's Whores eschew complexity for a purer, noisier pound, adding tonnage to the kind of scree associated with Unsane. Brooklyn trio Mutoid Man carries a pedigree heavy in more ways than one, the roiling riff blast of Helium Head courtesy of members from Cave In and Converge. Collaboration, you say? Iron Reagan's goofy thrashcore flows from current and former members of fellow Richmondites Municipal Waste and Darkest Hour. Cleveland vets Ringworm mine much the same vein of metallic hardcore, replacing smiles with grimaces on the upcoming Hammer of the Witch. After the Burial stretches the thread further, folding complex riffology and rhythmic variety into raging deathcore found on Wolves Within. Keeping the technical excellence burning but keeping their mouths closed, L.A.'s jazz-metal power trio Animals as Leaders previews compositions from its forthcoming LP The Joy of Motion. A Handful of Hip-Hop

Fans of modern hip-hop are bound to find something they like in this grab bag of MCs hailing from Texas and beyond, be it relatively pronounced names like Pac Div's Mibbs, who Austinites know from his work with Kydd Jones and Dallas rappers A.Dd+, or local unknowns like Pure Dopeness architect Marcus J. In between's damn near everything. Wes Fif jets in from Orlando. Lil Pooh scoots down from Dallas, and spaced-out rapper Zilla road trips from Alabama with two eponymous albums on his knees. There's a Houston contingency (OneHunnidt, Queen of Heartz MC Raven Sorvino, Swishahouse-styled EDF, and Tony Del FreshCo, known to "chop it up like Mike Watts"), a Kendrick Lamar affiliate out of Kansas City (Gee Watts), and a troupe of laid-back L.A. rappers who've drawn accolades from Pharrell (Overdoz). There's also more Austin, with Karma Jonze helping lead the local femcee movement, and Cory Kendrix, whose debut album Ignorance can't come soon enough, carrying the torch for the mighty LNS Crew.

For a country with a seemingly infinite number of dialects, Spain's folk scene is no less varied. The statesman of the showcase, singer songwriter Kiko Veneno, croons decades of material accompanied by his intricate flamenco guitar work. Struggling to find mainstream success since the Seventies, he hit a stride in the Nineties beginning with Échate un Cantecito in '92. Folk rock trio Arizona Baby plays its first show in America following the release of Hailing From Northern Spain. Longtime friends creating a bilingual mix of folk rock and roiling percussion, they claim The Truth, the Whole Truth and Nothing But the Truth. Another rock threepiece, this time from coastal Spanish paradise Valencia, Betunizer raises the stakes. Thumping basslines and tinkling beats prove indie spirit translates to any country and language. Pulling their name from the NOFX title, indie rockers Lori Meyers stun with its distorted, echoing vox and dizzying beats. The Granada fivepiece demonstrates considerable American influence, none of which overpowers its Spanish roots.

Holodeck Records, handled by collaborators in Austin's experimental music scene and specializing in cassette tapes, pushes artistic boundaries from a variety of electronic effected genres. Launching less than two years ago, they've released at least 21 projects, venturing into vinyl and attracting international talent including a DJ big wig performing under a secret identity. ATX native DJ Dylan C, whose Holodeck releases have touched on minimalist techno and two-step, opens, followed by ambient psychedelia of cosmic drone from Thousand Foot Whale Claw, wielding synths and bass guitars. Los Angeles transplant Ssleeperhold then takes over with his dark, aggressive synth compositions that have garnered a hefty buzz demanding a repress of 2013's Ruleth. Montreal vocalist/composer Marie Davidson cools us down with her vocal avant-garde electro. One of Holodeck's most popular acts, Troller creates beauty with brooding heaviosity, setting the stage for the main event: futurist synthtronica quartet S U R V I V E. 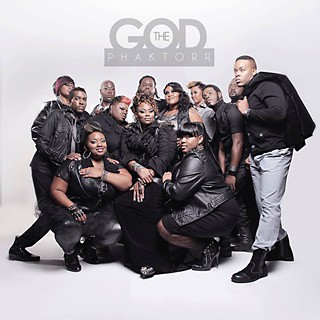 An award-winning, syndicated radio show out of Dallas, Inside Gospel mixes traditional/contemporary gospel and Christian music with spoken word and hip-hop. That variety will be on display from some of host Frankie Wilson's discoveries, including rising stars of today's gospel music scene. Dallas' the God Phaktorr unleash showmanship that's drawn comparisons to Earth, Wind & Fire and the Commodores. A female rap duo from San Antonio, F.R.E.E. (Forever Radical Edifying & Exalting) work hip-hop beats and revolutionary attitude into a spiritual message. Pioneer of gospel rap, Norris J, also from Dallas, shapes inspirational lyrics, positive flow, and natural charisma into a whole that attracts young listeners to his fold without alienating those with more conservative tastes. Another side comes from Sean C. Johnson, a Florida native channeling neo-soul mixed with some jazz. Closing are hard rockers Supernova Remnant, a Big D trio in the Stryper mold.

If slick, overproduced, and sequined is the action, then the bill for Exit/In's Nashville Night is the opposite reaction. Openers No Regrets Coyote and their Black-Flag-meets-Weezer debut EP BOKKUS Is Dead can't mask the fact that they love the harmonized lead guitars of Seventies arena rock. The Justin Townes Earle of JP5 makes them the odd men out stylistically, or the exception proving the rule. Trio Bully does a delightful garage take on the Breeders; imagine if Juliana Hatfield had been a dirty girl and wanted to hang with Babes in Toyland more than tell people she was a virgin. PUJOL (Daniel Pujol) has a masters in global affairs (seriously) with a concentration in impudence (not seriously), so his United States of Being spins a study in everything from the Sex Pistols to Black Lips. Headliners Diarrhea Planet bring it full circle with another guitar assault. They've got four, and they use all of them in the awesomeness that is last year's I'm Rich Beyond Your Wildest Dreams. Suck it, Skynyrd. Three guitars is for wussies. DP is rocking four of them. Four! 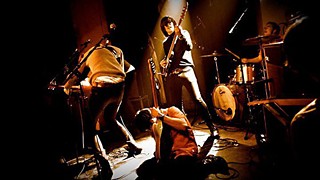 From the land of ice, snow, and high taxes, the first official Norwegian SXSW showcase opens dreamy with slow-build shoegazers Dråpe. Together since 2010, the Oslo quintet's roiling guitar landscapes provide a panoramic backdrop for Hanne Olsen Solem's skyward vocals. Tarjei Ekelund started Intertwine in his Larvik bedroom in 2006 at age 17. His highly cerebral take on late-night electronica got a rhythmic boost when bassist Aleks Berg arrived. Now based in Trondheim, the duo's full-length debut arrives later this year. Moss-bred, garage-psych outfit Death by Unga Bunga snag the most ridiculous moniker trophy before playing a note, but they back that honor up with a fiery mixture of two-minute nuggets and elongated brain-curdlers. They even shared the stage with Austin's Roky Erickson once. Oslo bassist/supermodel Maya Vik won the Norwegian equivalent of a Grammy with her last band, Montée. Her solo numbers, like the coiffure-teasing "On It (Kapow!)," channel sleek electro-funk through slinky sensuality. Atlanter combines prog-rock and desert blues into a wild, late-night adventure. The Oslo quartet's 2013 debut, Vidde, is loaded with slowly emerging charms. Finally, Oslo-based Roskilde vets Highasakite headline with a satchel full of placement-ready, epic pop anthems like 2012's stirring "Indian Summer." 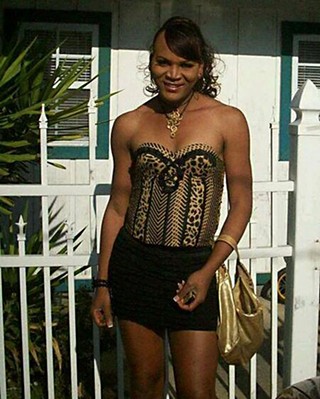 New Orleans bounces you like a hurricane with a large set of booty-shaking hip-hop and dance acts. It all starts with DJ Kenji, cousin of the late, great MC Magnolia Shorty, who's been handling the block party rockin' beats for years. After that, a string of short sets from the big-beat beasts of the southern wild. We get the killer choreography of Da Danger Boys, self-titled "R. Kelly of bounce" in Game Ova Hound, and many more of headliner Katey Red's hometown krewe. Katey Red, the queen of bounce, has been making crowds twerk since 1999, way before Katrina and the waves devastated her hometown. After conquering New Orleans, her brash rump-shaking rap and cohorts are going worldwide.