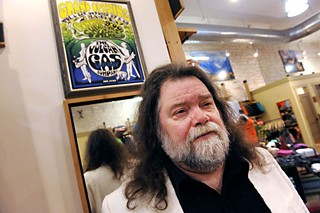 When news broke late last week that a new Sixth Street club with an electronic dance music focus had been christened the Vulcan Gas Company after the legendary Congress Avenue psych-rock incubator (1967-70), the Austin music community cried travesty and the eyeball atop the pyramid shed a single tear. How could a club associated with lysergic locals the 13th Floor Elevators and Shiva's Headband now be affiliated with laptop music?

"This isn't any more culturally offensive than anything else happening today," admits Don Hyde, primary owner of the original Vulcan, by phone from Italy. "It's typically derivative and unimaginative."

Susan Espinoza, co-owner of the new venture with Jay Manickam, Ryan Nacol, and Marc Piatkowski, explained that there were no legal restrictions on the name – "We have the trademark in the category of restaurant or bars and [the original Vulcan owners] have the trademark for posters and art" – but said they'd received Hyde's "blessing" after seeking him out. Nacol stressed, "We've given it a lot of thought and wanted to be respectful to the history from day one."

"I did not give it my blessing," says Hyde. "They never talked to me directly. My son referred them to our copyright lawyer who told them we have no intention of suing them over use of the name."

Done deal. More important are the obvious upsides to the new Vulcan at 418 E. Sixth, which opens March 11 as an official South by Southwest venue before going full-time in April. It will add a roomy venue for Austin's growing EDM scene and bring modern music to an area that's unforgivably rampant with cover bands.

"We can't re-create the Sixties," Nacol said last week, "but we can create a music venue that serves the cutting edge music of today."

Robert Galindo of Vulcan regulars the Rubyyat and New Atlantis doesn't see a connection between the two clubs and thinks the new venue should be distinguished "Vulcan 2.0," but era peer and club mainstay Ed Guinn of the Conqueroo says the true spirit of the original concert hall at 316 Congress, today Patagonia, was exposing music that was radically different from the era's popular styles. He's not sure the new club will echo that worthy ethic, but you never know.

"Perhaps the sensibilities of our times will percolate through to inform what they do," mused Guinn. 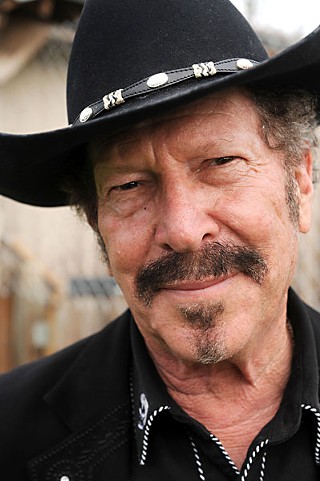 › Texas' upmost Jewish Cowboy, Kinky Friedman (r), is shaking up the Agricultural Commissioner race by running as an anti-establishment Democrat on a platform of marijuana reform. The Kinkster says ending pot prohibition would castrate the cartels, save tax money on incarceration, and stimulate the economy. "I've talked to left-wingers and right-wingers, and they both think it could be the next big cash crop," says Friedman. "The Poteet Strawberry festival could be called something else in about a year." Early voting for the state primaries runs through Friday, before polls open March 4.

› Old is new again at Sound Gallery. The massive vintage audio shop, which opened last week at 4930 S. Congress, houses a few hundred receivers, speakers, and turntables that have been upgraded with new components and installed into custom wooden bases. The ethic behind the museum-like megastore promotes craftsmanship and high-quality listening experiences. "This is more than a business," notes owner Marc Campbell. "It's a statement."

› Flipnotics will close March 24, according to management. The Barton Springs coffeehouse/bar opened in 1992 and, along with having the funkiest deck in South Austin, hosted several long-term music residencies, including Wild Bill and fiddle great Erik Hokkanen.

This week, South by Southwest vetted both Soundgarden at the Moody Theater's iTunes lineup (Coldplay, Keith Urban, Willie Nelson, etc.), and another Butler Park headliner in rapper Childish Gambino, who performs at the free Saturday night event. In other hip-hop news, Snoop Dogg closes the SXSW Interactive conference with a performance at Stubb's aided by electronic pop standout St. Lucia.

The Austin American-Statesman reported no Lady Gaga for the enormous Doritos stage behind Esther's Follies, but the Music Festival did confirm a full contingent for that stage. SXSW General Manager James Minor declined to make a keynote speaker announcement this week while also refusing comment on Gaga, who the rumor mill assumes will fill that vacancy. Either way, between show news both official and independent, we're now in full barrage mode.

In the latter category, garage prodigy Ty Segall headlines the Spider House Rager at the campus-area hangout Saturday, March 15, for $5. The non-wristband set also rejoices in Beerland's SXSW calendar, which features John Dwyer's pre-Thee Oh Sees act the Coachwhips ($10, Saturday night, March 15) and omnipresent skate thrashers Trash Talk (free, Friday, March 14) along with the best sounds of the local underground. Around the corner on Seventh, the Empire Control complex keeps its hot streak going with A-Trak, Riff Raff, and the Octopus Project on an initial lineup.

The Mohawk plays host to a slew of sponsored events including Spin's Wednesday day party with Pusha T, Wednesday night's Vans showcase with Tyler the Creator and X, Thursday's Stereogum day show with Cloud Nothings and Fucked Up, Friday night's ATC showcase with Band of Skulls and Warpaint, and Saturday night's showcasing of Flosstradamus.

Feral Future: Something to Scream About 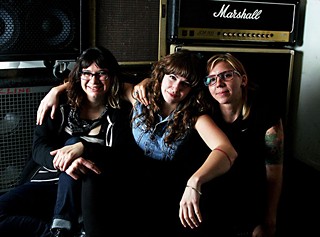 "I didn't want this album to be easy listening," declares guitarist Kate Moyer. "I wanted it to take the listener and just fucking shake them."

The queer quartet, which debuted with the Come Out Swinging EP in 2012, scream about taking tire irons to cop cars, but they also portray heavier subject matter with emotionally charged lines like, "I wanna ruin you, because you've ruined me!" That lyric comes from a time years ago when vocalist Arielle Sonnenschein traveled across the country to confront her rapist.

"I told him if I ever heard of him pulling any of this shit again, I would ruin his life," she remembers. "I think it was the first time I really stood up for myself and said, 'You're fucked up and wrong for doing it and it's not my problem. It's yours.' That's why the song sounds so intense, because it's honest."

The Haematic LP includes a "Trigger Warning" inside the sleeve: "To all the survivors listening – specifically those who might be suffering from PTSD from sexual violence or abuse – the following songs could be potentially triggering." Listeners are then encouraged to play it in an environment where they feel safe.

"We want survivors to know they're not alone and that there's a community out there," said bassist Steph Mueller. "No one can ever understand exactly what you're going through, but we, as a band, are able to relate and we want to bridge that gap."