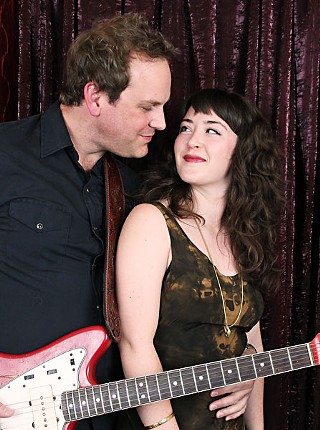 From the Cramps to Sonic Youth and hundreds in between, bands led by romantic couplings have proven that with music and relationships, everything comes down to chemistry. For Valentine's Day, three of our favorite local acts touched on the various aspects of making music with the one you love.

What came first, relationship or band? Relationship. You could say we've been busy developing material.

Your song? "You Got It," Roy Orbison What came first, relationship or band? Relationship. We didn't start Tele Novella until after a year or so, but we were aware of each other's music years before that.

Length of partnership? It's been about two and a half years now! Best 2.5 years ever.

Advice for band couples: Be thoughtful. Don't get too caught up in the band and forget about the autonomy of the relationship. Be respectful of bandmates that aren't in a relationship with you. 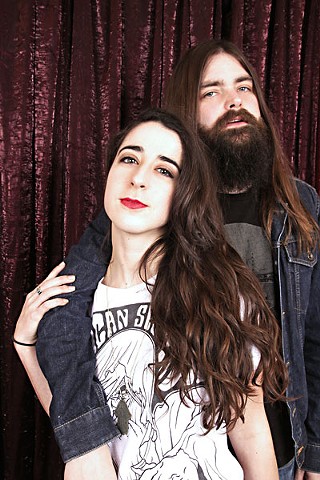 Best part of being in a band with your mate? It's nice to have someone to hold your hair while you're vomiting, especially when you're a thousand miles from home.

› Local wordsmith Zeale has been in L.A. working on tracks, including a collaboration with Del the Funky Homosapien. The high-energy rapper headlines Stubb's on Saturday with progressive electro-pop locals the Clouds Are Ghosts, releasing their sophomore LP Fractures, and riff banshees Megafauna.

With the mother of all Austin music festivals a month away, the dizzying information overload of South by Southwest begins taking shape. The music schedule went live briefly on Monday and stays that way starting today, yielding noteworthy additions such as Kurt Vile, Warpaint, Lee Fields & the Expressions, Chance the Rapper, and Schoolboy Q. Naturally, those names merely scratch the surface of what's to come, as the mammoth festival remains pregnant with unannounced action, like the keynote speaker.

SXSW General Manager James Minor, now in his second year of running the show after the sudden death of Brent Grulke in 2012, was tight-lipped about the keynote when I found him working on the weekend at the fest's Downtown offices. "This year we have some late announcements," he acknowledged, "but when people see what's coming up, all will be forgiven."

Other speaking engagements, including Pulp singer Jarvis Cocker, millennial hip-hop luminary Sean "Diddy" Combs, and rock & roll icon Neil Young have been previously announced. Minor did reveal that SXSW's popular free outdoor concerts will return, taking place Thursday through Saturday at Butler Park, across the street from and standing in for Auditorium Shores while it undergoes a C3 Presents-sponsored facelift. Fun Fun Fun Fest recently announced it would hold part of its November music fest there.

"Those shows are really important to us because it's something we do for the community," Minor allowed.

A Friday headliner has been secured, but not announced. Speaking of top billings, Outkast won't be one of them. Minor confirmed that the funky Atlanta rap duo won't hold a proper concert at SXSW despite the fact that André 3000 is bringing his Jimi Hendrix biopic All Is by My Side to the film portion of the multi-headed SXSW. Meanwhile, the roster for the March 14 tribute to Lou Reed, other than Alejandro Escovedo and Richard Barone, remains a mystery although Velvet Underground founder John Cale, who produced Escovedo's 2006 album The Boxing Mirror, seems to be a likely candidate.

Aside from the addition of Butler Park, notable SXSW venue shake-ups include Infest, whose lockout caused a week's worth of hip-hop bookings to be relocated, and the Convention Center's Austin Ballroom, which hosts high profile shows day and night, including the Austin Music Awards. 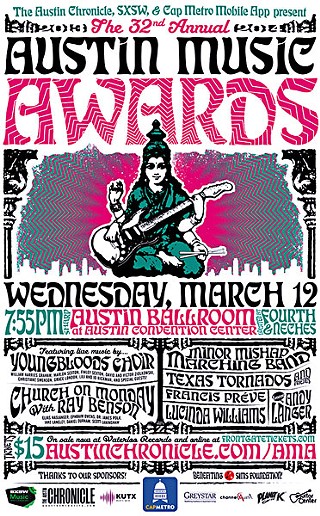 Though they're unannounced as yet, we hear some Rock & Roll Hall of Famers will be on hand to present awards to this year's mega class of local Hall of Famers. The AMAs also feature a multi-generational performance from the Youngblood Choir, headed by the Chronicle's voice of the next generation, William Harries Graham, alongside Marlon and Finley Sexton, Christiane Swenson, Lili and Io Hickman, David and Victor Ziolkowski, and more jamming with their rocker parents including Jon Dee Graham, Sara Hickman, Charlie and Will Sexton, etc.

"It's nice to see the circle becoming complete with the young and old generations of Austin coming together," says veteran rock scribe and AMA Director Margaret Moser, who basically discovered the Austin teen scene. This year's ceremony will be the last for Moser, who's held the AMA reins since 1984 when the event was at the Austin Opera House and featured performances from the Big Boys and Stevie Ray Vaughan. Moser plans to retire from the Chronicle in May.

"I'm proud of what the AMAs have meant to the Chronicle and the city," reflects Moser, who recruited me into the paper along with my editor and many fellow music writers. "We've done good and valuable work, but it's also overdue for a facelift. A younger brain-trust needs to present it to the new Austin." 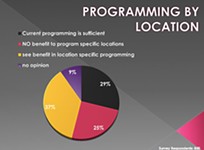