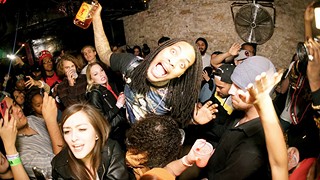 Infest, the Warehouse District venue occupying the former Antone's space at 213 W. Fifth, got a rude awakening last Thursday morning when locks were changed and a notice was posted on the door indicating that the landlord had taken possession of the space. Sources with intimate knowledge of the lease reported that the move resulted from outstanding rent due, which came as a surprise to Infest owners/siblings Ben and Chelsea Riseman, who say they were in communication with the landlords and believed they were in agreement on when rent would be paid.

That night, the venue's show with popular Atlanta rapper Waka Flocka Flame relocated to nearby Republic Live. According to the Risemans, the MC was advanced $5,000 and given two SUVs to use, but took issue with the hospitality because TABC regulations prevented his eight bottles of expensive champagne to be brought into Republic Live and, after refusing to take a check for his remaining payment, flipped them off and exited without performing. Attendees tell the Chronicle that the crowd became hostile, demanding refunds. Unfazed, Waka and crew partied at Sixth Street basement club Barcelona, where the Georgia rapper put in a drunken impromptu appearance (revisit epic online report "Infest Shows Relocate – And Then Some," Jan. 31).

In the days that followed, upcoming Infest bookings were canceled or relocated, including D.O.A.'s farewell tour, which deferred to Red 7 last Saturday, and tonight's performance by Houston rap hero Z-Ro, now at Republic Live. While Waka promoter Trainwreq suggested Infest "got ousted by the old guard, which wants their building back to call it Antone's again," one of Antone's new owners, Tayloe Emery, told "Playback" he categorically denies having anything to do with Infest being locked out.

"We're looking at all available spaces right now and that building is one of them," he allowed, "but owners reached out to us, and we have no plan currently that involves moving there."

Nonetheless, a landlord locking out tenants suggests they have other interest in the building.

Infest arrived 10 months ago, brandishing fiercely independent punk ideals, a mission statement to provide a collaborative space for musicians and artists to hold events Downtown, and just enough naivete to run a punk- and hip-hop-focused venue in the white-collar Warehouse District. They weathered notable PR disasters like a Z-Ro show where the headliner didn't go on until 3am, and a recent pay-to-play scandal, in which they were demonized for the methods of third-party promoters. Infest also had notable triumphs, such as accommodating Franz Ferdinand after ACL Fest flooded and hosting an incredible fundraiser for Dicks frontman Gary Floyd, in which Scratch Acid/Jesus Lizard's David Yow fronted the ailing singer's seminal Austin punk act.

Infest's reputation has taken an obvious public beating, but the tougher fight may be getting back into their building, which the Risemans characterize as a complex legal matter. They're seeking counsel, but the club's future remains uncertain. In the meantime, they're moving three months of scheduled concerts to other venues.

"We're making sure to settle upcoming events so that the bands and fans are taken care of," ensured Ben Riseman.

Facebook event posts indicate that a new Eastside event space called the Badlands at 1203 Chicon has inherited some of Infest's upcoming bookings including Major League (Feb. 12), the Toasters (Feb. 16), and Maker (Feb. 19).

The Reverberation Appreciation Society confirms a second wave of acts performing at the seventh annual Austin Psych Fest May 2-4 at Carson Creek Ranch. Headliner Primal Scream has fallen off the bill following news last week that the Scottish rockers canceled their U.S. tour. "The cancellation of a top-billed artist is quite a blow for a small independent festival like Austin Psych Fest," admits festival organizer Rob Fitzpatrick. "While we did our best to try and keep them on the bill after the tour got scrapped, the band couldn't make it work." In their place, the Brian Jonestown Massacre, which headlined Psych Fest two years ago, and Dandy Warhols, the former act's co-stars in essential rock doc Dig! This second vetting, which comes in the wake of the APF's initial Dec. 4 announcement, heralds the return of Nigerian guitar slinger Bombino, who pairs nicely with fellow Saharan desert rockers Terakaft. Other notables joining previously announced psych festers Loop, the Zombies, the Horrors, Of Montreal, Black Lips, and Black Angels include garage-pop idol Mikal Cronin, Swedish retro-metallers Graveyard, and TV on the Radio side project Higgins Waterproof Black Magic Band. The Octopus Project leads a list of new locals: Pure X, Holy Wave, Roger Sellers, and Mirror Travel. Other new additions include Temples, Night Beats, Warlocks, Peaking Lights, Pink Mountaintops, the Fresh & Onlys, Bardo Pond, Asteroid #4, Sleepy Sun, Cosmonauts, Indian Jewelry, Elephant Stone, Golden Animals, Morgan Delt, Mark McGuire, Secret Colours, Doug Tuttle, and Les Big Byrd. "We know it will be the best year yet," enthuses Fitzpatrick, "regardless of this bump in the road." 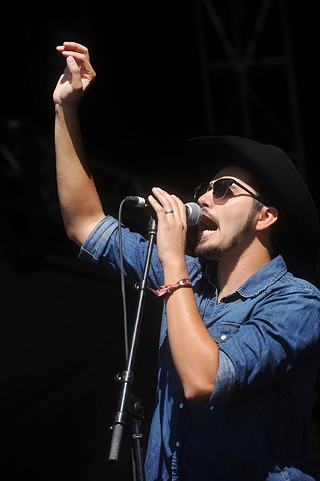 Ghostland Observatory frontman Aaron Behrens has signed with Bismeaux Records, the local label owned by Asleep at the Wheel boss Ray Benson. Behrens' new rock project, the Midnight Stroll, debuted last October at ACL Fest, bearing little resemblance to the glow stick electro-pop of Ghostland, which had been inactive for over a year before popping up on a bill near Denver at Red Rocks last Friday. Bismeaux manager Peter Schwarz confirmed that Behrens has been given free reign of the company recording studio, where he's re-recording/tweaking Midnight Stroll's debut, produced last year by former Lions frontman Matt Drenik. "We're letting the creative thing incubate," says Schwarz. "He'll know when he's got the record he wants. I think there's no limit to what he could do. I wouldn't be surprised to see him win Best New Artist at the Grammys after this record comes out." Meanwhile, Behrens' Bismeaux labelmate Carolyn Wonderland recently joined Stooges guitarist James Williamson in the studio to sing on a vintage Iggy Pop/Williamson track for an upcoming release.

› Today's issue date of the Chronicle, Friday, Feb. 7, doubles as the last day you can vote in the Austin Music Poll. Get online now – austinchronicle.com/feedback/musicpoll/13. Next week, we'll reveal the lineup for the Austin Music Awards, set in the heart of South by Southwest Music on Wednesday, March 12, at the Austin Convention Center.

› The city will soon cease issuing special event permits for SXSW 2014 as the application volume closes in on exceeding police resources. "We will not give priority over any event based on affiliation or number of years an event has taken place," stated Music & Entertainment Division manger Don Pitts, who views this new method of consolidating and capping permits as bridging a disconnect between the administrative and public safety aspects of special events. 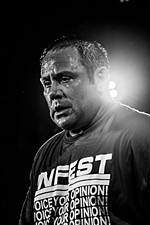 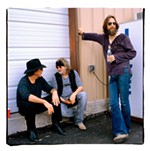 Playback
You thought SXSW was the spring festival end-all/be-all? You thought wrong. 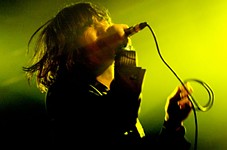