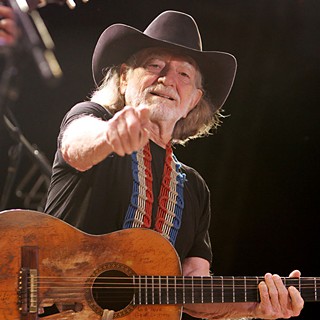 I've had the feeling all year that everything in Austin has become unnecessary. The city doesn't need another food trailer, 5K race, tattoo shop, taco restaurant, or one more big hotel scraping the skyline. We keep expanding anyway, because when you live in a boomtown, expanding's what you do.

These ambitions no doubt extend to music – consider our two weekends of ACL Fest – yet somehow our cultural appetite supports this ridiculous bounty of live music that affords everyone a life in which they can catch a good show any night.

Austin's musical fabric remains so strong, in fact – grossing an estimated $1.6 billion each year – that Toronto mayor Rob Ford – a man known more for smoking rock than listening to it – came to the city in October during ACL in search of the golden ticket to stimulate his city's recreational economy. Now more than ever, word's getting out.

Change is a given, but the dicey game of musical chairs in Austin's music scene witnessed a lot of shakeups in 2013. The Circuit of the Americas opened its unfortunately named Austin360 Amphitheater in April, which, except for the fact that it's an open-air venue with no cover in Central Texas, rivals the Frank Erwin Center as a place to see arena acts like Lil Wayne and Arcade Fire. The following month, UT unveiled plans to eventually raze the latter to make way for a medical school. Downtown in the DIY arena, Red River's club count increased with the Empire Control Room, a multi-stage compound with 300-degree video projections that fared well in its first year.

2013 also witnessed several struggling venues get purchased by recognizable figures in the music scene, like Ginny's Little Longhorn Saloon, which closed in August and reopened three months later under the guidance of Dale Watson. The Poodle Dog Lounge shut down in November, though Beerland owner Randall Stockton bought the historic dive and will reopen its doors soon. Eastside hopeful Frontier Bar never quite found its footing in two years on Webberville Road, so it teamed with former Lovejoys booker/bartender Marcello Murphy and rebranded as the Lost Well, bringing the dingy haunt serious biker-punk cred in the process. The din of hope now eyes Red River's Club de Ville, closed since October after its owner racked up more than $27,000 in unpaid rent.

While queer-friendly hot spot Cheer Up Charlie's getting sold out of its East Sixth space in exchange for "dive bar" spin-off Wonderland dominated conversation throughout December, no move made more headlines than Antone's – twice. The blues joint's owner Frank Hendrix followed February's sale of Emo's to local promotions giant C3 Presents by displacing Austin's "Home of the Blues" from its Downtown location in March (for the incoming Infest) and setting up shop in the space previously occupied by the Beauty Ballroom on East Riverside. Hendrix put Antone's on the market six months later, eventually selling to a group rumored to want the old Emo's space on East Sixth. Ultimately, it felt like Antone's got passed around like a used Cadillac. What's more, the whole ordeal made it clear that Hendrix, long a fixture on the club circuit, has finally cashed out. 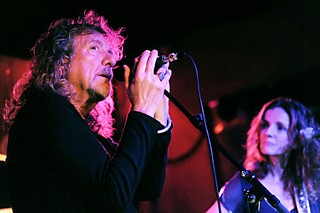 His onetime rivals Transmission Events hulked up by partnering with Stratus Properties, co-owner of the ACL Live at the Moody Theater, which gave the group increased booking opportunities; solid financial backing for its marquee festival, November's Fun Fun Fun Fest; and more muscle in Austin's concert promotions cage match against C3. After that announcement, Stratus announced another partnership with Latino music jubilee Pachanga Fest, cementing status as key behind-the-scenes investors around the city.

Indeed, 2013 proved memorable for Austin's increasingly jam-packed festival network, with South by Southwest showcasing everything from its traditional overflow of unknown bands to exclusive club shows featuring superstars Justin Timberlake and Prince; Austin Psych Fest breaking in Carson Creek Ranch on the rural end of East Austin; and, in May, the public learning that Auditorium Shores will receive a necessary facelift. The latter, financed by C3 Presents to the tune of $3.5 million, will in all likelihood displace Fun Fun Fun Fest, Reggae Fest, and a portion of SXSW through 2014.

C3 doubled down in more ways than one, stretching ACL Fest into two weekends to meet demand for tickets. The effort was a success, but in an unprecedented display of Texas weather, a rainstorm flooded Zilker Park during the final day of weekend two, causing organizers to cancel Sunday's festivities. The rain couldn't stop the music: A spontaneous booking effort dubbed "Refugee Fest" displaced fans into club shows featuring headliners like Atoms for Peace, Divine Fits, and Franz Ferdinand. Even headliner Lionel Richie performed an intimate piano-only affair in some guy's marbled living room.

Back on the everyday front, the corner of East Sixth Street and Comal cemented its champion status of live music, following 2012's anointment of the White Horse as a breakout venue with the emergence of nearby Hotel Vegas. Booker Jason McNeely and crew have cultivated a vibrant scene of young bands, and, in just over a year, transformed the space from a forgettable shithole into a staple venue at $5 every night.

And while talk continues about the wealthy shift in Downtown development into a much-feared Austin River Walk, 2013 saw no serious signs of decay. City Council even showed it gave some semblance of a rat's ass about the clubs on Red River by naming the corridor an official cultural district, a designation that will hopefully allow the music cultivated there to remain vital.

That this happens is key. Cities, as with their bands, depend on reputation.

3) League of Extraordinary Gz: Local rap collective bottled tragedy and hope into two years of hard work with their release of #LeagueShit, the finest hip-hop album this city's ever seen.

4) Shakey Graves: One-man band packed every club he dragged his suitcase into, without a standard studio album to his name.

6) White Denim: Onetime garage freaks grew up, teamed with Jeff Tweedy, and turned national ears with their musically nimble and creatively complex Corsicana Lemonade, then jammed on big stages alongside Tame Impala and the Flaming Lips.

8) Zorch: Dynamic experimental duo released a killer debut on Sargent House and opened one of the underground scene's most popular off-the-grid venues, the Museum of Human Achievement.

9) American Sharks: Heavy trio blasted eardrums on the road all year and restored our faith in rock & roll with a thundering self-titled debut LP.