Brandy Zdan steps out from the Trishas' for her solo debut, Lone Hunter. Though enlisting some of the gals' harmonies on the cooing "O Where," she largely keeps the tunes sparse and essential, standout "Does Everything Break" shattering softly with Ricky Ray Jackson's pedal steel, and closer "I Remember When You Used to Love Me" flourishing dramatic vocal range. Teasing after his third LP last year, native Texas troubadour Chris Jamison returns with the five-song Sleeping With the T.V. On, a beautifully mellow set that showcases his smooth, agile tenor. The easy melodies of "Carousel" and "Faded Glory" salve against the touches of haunting reverb on "Summer Comes Tomorrow" and the tortured, post-war ballad "Joseph," anchoring another promising collection from the prolific local songwriter. Son of Superbia, the first offering from Austin-via-Connecticut songwriter Tucker Jameson kicks against the expectations of picket-fence success with restless rockers like "Get Your Own Fucking Life," "Ritalin," and the punning title track. Unfortunately, his angst-gripped growl and trembling high vocal spikes do little to advance the call of millennial malaise beyond affected anthems of perceived persecution. Taft Mashburn fares better on his three-song shot, Intarsia, reflecting the Austinite's move to New York with swooning choruses splashing in the waves of the Walkmen and Grizzly Bear. The hypnotic rhythms of "Lullavibe" and psychedelic haze of "Wendy," packed with a miasma of sounds that suggest the intertwining craft technique of the EP's title, bookend the contorting self-harmonized ebb and flow of "Dizzy." 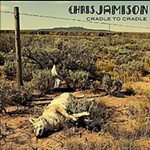