"We've always approached it the same: Book what's cool, book what we like, book what everyone else isn't booking, though these days we get bigger acts because we're conscious of having more people to please and a bigger space to fill."

So explains chief Fun Fun Fun Fest music selector Graham Williams when asked how the festival has changed in its eight years.

"Also, we now focus on making the best lineup for everyone, not just the best for my iPod."

Williams declares this the strongest overall lineup for the festival, which typically supplies a music-nerd motherload of underground punk, metal, indie, hip-hop, and dance music.

"In the past, we've had one really hot act, one big reunion, one big hip-hop act, or one big indie-rock act, and then the other stages aren't that strong," reflects Williams. "This year, every stage is stacked."

There are sizable helpings of comfort food on the FFF8 buffet, from recent repeats like Slayer, the Descendents, MGMT, Thee Oh Sees, and Big Freedia to nostalgic acts including Flag and Ice-T, as well as plenty of snob-ratified reunions like Television (minus Richard Lloyd), Sparks, and Quicksand.

Plus – this year – even music freaks bow to the comedy stage, which features the strongest bill with Tenacious D, who'll perform as a stripped-down duo, as well as A-listers Sarah Silverman, Patton Oswalt, Craig Robinson, and Doug Benson.

"We pick comedians who are a little bit edgier, so they're in line with what the rest of festival is about," says Williams.

Since dropping the lineup in July, FFF8 has weathered cancellations including Death Grips, Big K.R.I.T., Action Bronson, and Mykki Blanco, adding on-par replacements No Age, Deltron 3030, Killer Mike, and Flatbush Zombies. On top of that, the impressive FFF Nites schedule makes it damn near impossible to go home at 10pm, when Auditorium Shores closes.

Expect the bandana-face that's been ubiquitous since the festival moved to the often-dusty Auditorium Shores three years ago to fall out of fashion this year, as the grounds have been adequately soaked by an unusually rainy fall, including last week's thunderstorms that flooded Auditorium Shores and made the Stevie Ray Vaughan statue look ready to swim away. Festival co-founder James Moody looks at the bright side of rainclouds last weekend.

"The water really helps with the grass and dust, which have been questions in the past," he says. "The ground looks like it will be plenty soaked during our set-up, which will be tough on our production guys, but I'd rather have a wet production and a dry event than the opposite."

Forecasts predict a dry FFF, but after ACL's recent rain cancellation, Moody must be nervous, right?

"Not really," he shrugs. "We're in Texas and if you look at the math, the odds of that happening twice in such a short period of time are smaller than would justify any reasonable worry."

A less immediate but more obvious concern remains. With the city planning to revamp Auditorium Shores, where will FFF be held next year? Moody's convinced there's a chance the city will decide to phase the construction in a way that won't displace FFF in 2014.

"Right now, we're just trying to put our best foot forward as the park's number one tenant by having a great event, but we have alternative locations in mind if necessary," he offers, while declining to say where. "We just have to be concerned about the experience, because if the experience is great then the piece of land can change."

One aspect of the FFF experience is the surprises. Last year we witnessed a chainsaw-wielding Val Kilmer collide with a Black Lips performance while filming on a Terrence Malick project. The year before, YouTube celeb Sexy Sax Man popped up everywhere. I asked Moody what curiosities we might look forward to this weekend.

"I can only say there's a strong possibility there may be a hot tub on-site."

Body Count's in the House 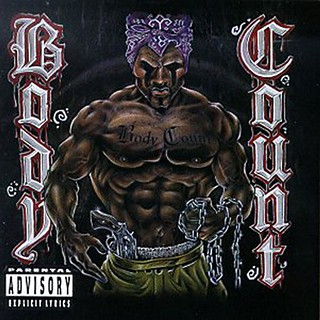 In 1993, a gangsta rapper's foray into thrash became my soundtrack to premature teenhood. I was 9 and living in the tiny sub-Canadian town of East Jordan, Mich., a world away from the violent streets of South Central L.A. My awakening, as it were, came in the form of a cassette belonging to my soon-to-be-high-school-dropout babysitter as we joyrode into town. I was stunned by its heavy metal guitar, police-siren sound effects, and Ice-T chanting "Body Count's in the house!"

Up to that night, my entire musical education consisted of my parents' Grateful Dead tapes and the mainstream country my school bus driver listened to. Body Count's self-titled debut was, at once, my introduction to both hip-hop and heavy metal. The bullet-ridden skits, the gratuitous swearing, the sex, the hostility: It terrified and amazed me. Don drove to the high school and taught us what "donuts" were, circling his car on the football practice field while we listened to "There Goes the Neighborhood." So went my innocence. Speeding home, he flipped the tape and played the famously banned single, "Cop Killer." I extended my middle finger out the back window to no one in particular. It just felt right.

Body Count was my gateway album, opening me up to music that was loud, righteous, and evil. It hardly mattered that, at the time, I knew nothing of inner-city violence or police brutality because I understood that they were saying exactly what they wanted to and not giving a shit what anyone thought. I admired that. I still do. Saturday night, one of the essential cultural reference points in my personal development will be brought to life as Body Count performs at Fun Fun Fun Fest.

› After a three-month furlough, Ginny's Little Longhorn reopened last Sunday with a round of chicken shit bingo and a performance by new business partner Dale Watson. The tiny, north side honky-tonk has had its interior gussied up and the stage relocated.

› Local psych-pop quartet Tele Novella, featuring Natalie Ribbons from Agent Ribbons and Jason Chronis and Matt Simon from Voxtrot, have readied their first release, a double-sided 7-inch, with two exceptional songs that sound like a fuzzed-out Nico. Pick up a copy after their show at Hotel Vegas on Tuesday.