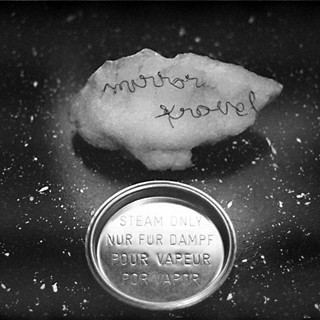 
Following three singles and a name change, the local trio formerly known as Follow That Bird finally takes flight on a dark and dreamy disc overlaying heavenly hooks on monochromatic tones. "Feel it! I want you to see my heart!" murmurs Lauren Green, her warm, mellow voice casting a hazy chic over buzzing distortion and a propulsive beat in morphine-eyed battle cry "I Want You to Know," the first of six straight single-worthy songs that make up the bulk of Mirror Travel debut Mexico. The grungy, two-chord title track that follows introduces Green's knack for distinguishing her choruses with a wordless vocal detail, in this case, "Ooh ooh, da na na." Her simple, seductive hooks can remedy even the throwaway poetry that sometimes proceeds them, such as the initial verse of "Uncharted Waters": "I need to clear my head, so I can see the sun/I've been gone too long and haven't seen my son." Among Austin's alt-guitar queens, where Megafauna's Dani Neff shreds and Ume's Lauren Larson conjures berzerker breakdowns, Green strokes her strings, patiently producing seismic power with her moody minor voicings. The surefooted instrumental passages in "Pinholes" and "In Dreams/For Summer" find her guitar heroics coalescing with drummer Tiffanie Lanmon's chunky skin battery and Paul Brinkley's driving bass in exquisite chemistry. These 10 cuts aren't without flaw, the ill-conceived "Sands" sounding like a shoegaze band sound-checking, while the album's reverb-marinated production leaves the mix woefully soft-handed. Nevertheless, Mexico triumphs in feeling ultimately profound, a garage rock album inspired by powerful celestial forces instead of just pizza and beer. 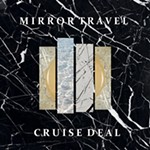 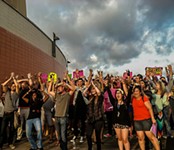