Audiences might be quick to turn away from a classically trained singer-songwriter-pianist at a music festival, but set aside any Tori Amos prejudices for Nashville's Waggoner, who blends storytelling with jazzy avant-pop on third LP, Originator, which she wrote, arranged, and orchestrated independently. – Melanie Haupt

For 15 years, Zach Smith and Rob Snow – along with a rotating cast of supporting players – have produced subtle, bleak, nuanced indie rock under the umbrella of Pinback, bearing witness to our evolving culture. The pair's fifth disc, Information Retrieved (Temporary Residence), is informed by our increased reliance on technology and skitters obliquely through a dystopian landscape. – Melanie Haupt 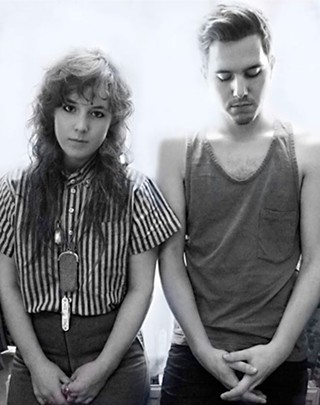 Does it make you feel old that "Danger! High Voltage!" celebrated its 10-year anniversary in May? These Detroit dance-rockers never replicated that amazing, brain-blowing, Jack White-featuring first single, but they've cobbled together a warm, Ween-like legacy since. The sextet releases its 10th album Mustang next month. – Luke Winkie

There's no denying Fun. In fact, it wouldn't be shocking to see the NYC trio headline a festival like this one in the near future. Spearheaded by Nate Reuss' operatic vocals, and a big, joyful dollop of Seventies arena-rock cheese, these recent Austin City Limits tapees pump the fury of Boston and INXS straight into the iPhone generation. – Luke Winkie

Local Natives are L.A.'s great hope. New York City sports the Strokes, Montreal has Arcade Fire, Chicago keeps Wilco, but the City of Angels has never had a big, galvanizing indie-rock band to itself. Local Natives have the hooks, foamy guitars, and good looks. Sophomore LP Hummingbird hit No. 12 on the charts. – Luke Winkie

A breakout at March's SXSW, Jake Bugg delivers a world-weary drawl to the manic energy of songs that belie his age. The UK teen's eponymous debut captured a raw restlessness in garage-folk riffs and youthful anthems "Lightning Bolt" and "Two Fingers," kicking against jaded malaise while mining the gritty scenes for gold. – Doug Freeman

Chicago siblings Natalie and Elliot Bergman – she's the sultry voice, he's the musical hunter/gatherer behind the band's world-beat ethos – waded into indie rock on this year's debut Isles, smelling of coconut oil and tobacco. The lyrics tackle love, true love, broken love, and maternal love ("June," about their late mother, is both joyful and heartbreaking), while engaging in a vaguely colonial flirtation with all things irie. – Melanie Haupt

As the sun sets, Megan James and Corin Roddick will have their ideal performing condition: darkness. Roddick's handcrafted instrument, a system of pipes and colored, lighted orbs, is the throbbing force behind Purity Ring's bass-heavy head trip on debut album Ungirthed. The shows are solemn, captivating, and guaranteed to have dramatic flourishes. – Abby Johnston

In The Hitchhiker's Guide to the Galaxy, Douglas Adams imagines the loudest band in the universe, one with a live spectacle that could devastate entire planets. That's Muse, the heaviest power trio this side of Rush. Since 2003 stateside breakthrough Absolution, each album's gotten exponentially bigger and more grandiose, the concepts even more far-fetched. Last year's The 2nd Law tackled thermodynamics and the unsustainability of modern consumption. – Austin Powell