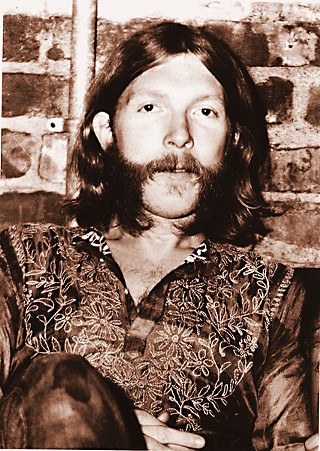 "He was like the mother ship, right? He had this real magic about him that would lock us all in, and we'd all take off."

That's Gregg Allman talking about his brother Duane from a 1981 interview published in Guitar Player magazine. In an essay from March's Skydog: The Duane Allman Retrospective, a 7-CD box set documenting the guitarist's all-too-brief life as a session player and leader of the Allman Brothers Band, his only child Galadrielle expands on her uncle's summation.

"My mother told me he would sit on the edge of their bed and play to her in the middle of a quarrel ... Music was his highest form of communication. He could play the complexity of his thoughts and feelings when words failed."

"It was a different time," chuckles Derek Trucks.

Trucks, nephew of Allman Brothers Band drummer Butch Trucks, has been a guitarist in the famed Sixties juggernaut since 1999, while recently forming another soul/blues congregation with his wife Susan Tedeschi. Nearly as fine a slide guitarist as his precursor in the ABB, Trucks also remains a go-to sideman for Eric Clapton.

"It wasn't like you could record at home," explains Trucks. "Studios really meant something then. Muscle Shoals, that place was working. They were going all the time and if you were one of their session guys, you'd play with the best of the best, the unknowns, and the up-and-coming. I really think that musicians of that time had a unique opportunity, if you were good enough and had the right drive. It was a crash course. That doesn't really happen anymore."

Skydog traces Allman's musical history beginning with the myriad other bands he drove with brother Gregg, beginning with his high school band the Escorts, then moving into the Allman Joys, Hour Glass, and the 31st of February. His schooling continued as an in-demand sessionista before he rejoined his younger sibling and formed the Allman Brothers Band, eventually uniting with Clapton for the supergroup Derek & the Dominos.

Galadrielle Allman lived in Austin for a few years in the mid-Nineties. She inherited her father's estate at 18. Now in her early 40s, she produced Skydog with Bill Levenson, renowned for his archival wizardry beginning with the early days of CD box sets in Clapton's Crossroads and the Allmans' Dreams. The way they tell it, a Skydog box was attempted in the early Nineties, envisioned as a follow-up to Dreams, but it was shelved after licensing conflicts. "We tried to revisit it about five years later," she recalls, "but the industry was in flux and box sets were falling out of favor. [After that] it basically got shelved for a really long time. They had a big tribute concert for the 40th anniversary of my father's loss and I saw Bill there and we talked about it again. He felt he could get a different record label interested and we could license the whole thing, which seemed like a herculean task, but he was up to it. It was big project to pull so much material from so many sources, but he managed to make it work."

Allman's family memoir, a book she says will be available next year, became the impetus for Levenson reviving the box.

"The whole project got another burst of energy when she told me about her book," he says, citing Galadrielle's tenderhearted taste of the memoir in Skydog, also the title of Randy Poe's biography on the guitarist (revisit "Rock & Roll Books," Dec. 1, 2006). "She became the heart of the project. Her essay gave the project a tone that we tried to stick to."

The seven discs come housed in a replica guitar case with felt lining. Its book includes work from Chronicle contributor Scott Schinder along with some fascinating photos like the Allman Brothers' first demo session. Complete session information accompanies the track listing. As box sets go, Skydog's thoroughly thought through, but some fanatics have complained about the seemingly standard Allman Brothers and Derek & the Dominos tracks.

"It's an attempt to cover his career and to do it with his strongest, most representative work," Allman counters. "We could have done a box that was heavier on the Allman Brothers. That wasn't the intention. It covers the whole arc. It's hard to find a balance between historically important moments and all the things that are unreleased. To me it was more important to tell the story accurately with everything that he did and was most proud of. There are 29 tracks that are rare or unreleased that makes it feel fresh to me. But there are really hungry Allman Brothers fans and they own everything already. This wasn't only for them. If someone only knew part of the story, they could learn something from it."

Levenson agrees: "I've heard people complain that it doesn't have everything. It can't have everything. It's a representation of that arc. The bottom line is we got 99 percent of what we wanted. People have to understand that everything was licensed by Rounder, so you're kind of limited as a third party. It's rare for a label to give up unreleased material for a third party project. We didn't have an unlimited palette to work with. We wanted it to be comprehensive and coherent. That means we needed benchmarks in there."

Late Memphis musician/producer Jim Dickinson is quoted in Keith Richards' autobiography Life as saying Duane acquired the nickname "Skydog" because he was high much of the time.

"All the partying aside, he was a driven individual," posits Trucks. "Music was his religion. And you could tell right around the time that the Allman Brothers Band formed that he was not going to be chained and bound to other people's music. It feels like the Allman Brothers were a culmination of that. It was everything he learned up to that point and then just dropping a bomb in the middle of it and letting it go. Most musicians are like that. You learn so much and then you realize you have to branch out and do your thing. He was uncompromising when he decided to do it."

For many, Trucks embodies the best aspects of Allman's guitar playing. His father is Butch Trucks' brother, so the music was always at arm's length. That he fills Duane's chair in the current edition of the Allman Brothers still feels like destiny.

"I remember falling asleep to the Fillmore and Eat A Peach records when I was 5, 6, or 7 years old," says Trucks. "For my dad, that music was his religion. That's when I fell for it. Once I started playing, I pushed against that and decided to not play that music. That's when I got the call to join the band. I think when I was furthest away from it is when I got the call. Then you decide your roots are your roots. You are who you are and you kind of do it. It's been a wild ride, and it's been tied to the Allman Brothers' and to Duane's legacy for sure – right from the beginning."

The initial run of Skydog was limited to 10,000 copies as part of the box's licensing agreement, but it sold out faster than the Allman Brothers at their annual Beacon Theatre stand in NYC. Copies are now going for $300 on Amazon. Rounder Records Executive Producer Scott Billington promises more in October on the anniversary of Duane Allman's death. 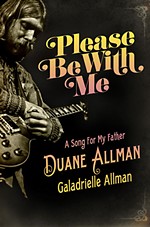 Please Be With Me: A Song for My Father, Duane
Duane's only daughter digs deep