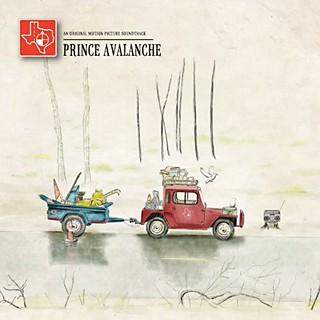 
Austin's Explosions in the Sky has become synonymous with Friday Night Lights: evocative, West Texas expanse and moments of sheer triumph. The band's first of two planned collaborations with Ola Podrida's David Wingo (the second being Al Pacino vehicle Manglehorn), Prince Avalanche all but abandons that signature sound. Instead, the soundtrack to David Gordon Green's slacker comedy works on a smaller scale, capturing fleeting moments in a series of reflective interludes that often pair long, sustained notes over plucked acoustic guitar. EITS still moves in spirals, rippling onward and out, but the effect is more subdued, which has everything to do with Wingo. Aided by the local soundtracker's depth of cinematic subtlety (revisit "Great World of Sound," May 24), "Wading" and "The Lines on the Road That Lead You Back Home" unspool like Music for Airports of the not-too-distant future, cold and eerie. Removed from its visual backdrop – Bastrop after the devastating wildfire – the opening number, with its fanning ambience and cackling flames, loses some emotional weight, but other sequences clearly stand on their own. Both "Alone Time" and "Join Me on My Avalanche" break new ground for both local participants, layering pulsing analog synths, distant voices, and minimalist piano to stunning effect. Such moments demand the big screen.