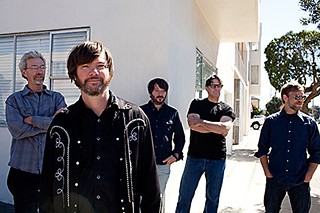 Honk!TX, Austin Urban Music Festival, and Wobeon World Music Fest were all warm-ups for the second half of spring music cornucopias that follow South by Southwest. Like Austin Psych Fest, Pachanga!, and Chaos in Tejas next, not to mention the Austin City Limits Music Festival and Fun Fun Fun Fest in the fall, OSMF remains as much about the beatific site, and our collective love and trust in the event, as the talent. We know we'll camp out and dig it, and whether it's Michael Franti, Son Volt, or Del McCoury leading the sing-along, we'll be there to soak in that which makes Austin a wellspring of music festivals. – Raoul Hernandez


Son Volt's sixth studio LP, Honky Tonk, announces its intentions in the title, an album awash in pedal steel, twin fiddles, and Jay Farrar hearkening the classic style in sound and lyrics. While not a dramatic turn for the St. Louis quintet, it hews surprisingly closer to the origins of their definitive alt.country direction.

"Over the years, there's always been this kind of duality of the electric side and the acoustic side," notes Farrar. "This time I just wanted to focus on that particular fiddle and pedal steel guitar sound that was on the first record, Trace.

"Lyrically, this record is probably more thematic than any record I've done. It's entirely tied to the direction of the songs. For the most part, it was giving in to the lexicon of that era and that genre, and just running with it.

"I want to acknowledge and pay homage to honky-tonk music and country music from that time period, yet not feel limited by its parameters. I think ultimately the idea was to update it if possible."

"I really relish those experiences of stepping out and stepping away from the Son Volt experience," he acknowledges. "It's nice to step aside and learn from working with other people and experiences, and then bring something back when I'm ready to get back into Son Volt." – Doug Freeman 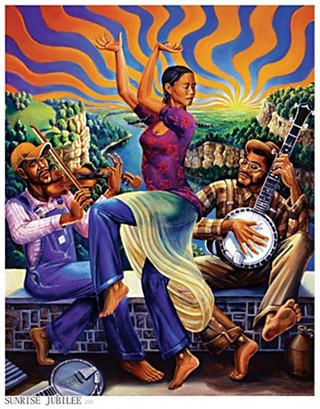 Carolina Chocolate Drops work the spaces in between, a bouillabaisse of style that's less a blending of blues, folk, jazz, and old-time music than an exploration of the genres' connected roots.

Following the success of 2010's Grammy-winning Genuine Negro Jig (Nonesuch), the North Carolina quartet – anchored by founding members Rhiannon Giddens and Dom Flemons – have not only become ambassadors of string band revival, they also put on a veritable history lesson in origins and influences.

"That's always been one of our goals – getting out there to the public, trying to get people aware of the different types of musical culture," offers Flemons. "When we started in 2005, the black string music, for example, was something only a few musicians and scholars and a few albums were talking about in terms of those connections with blues and jazz and country music.

"And it's still on the sidelines, the periphery in a lot of people's minds, how those things are interrelated."

"It's trying to show them that the music can be just as valid now as it was 100 years ago," says Flemons. "And even just the exercise of figuring out what you can do by adding all these different elements together is pretty amazing. We've barely scratched the surface of that methodology." – Doug Freeman


Every few years, Jerry Douglas steps away from being a sideman to make an album on his own. He's the most revered Dobro player in the world and a feature member of Alison Krauss & Union Station, but, like the title of his 2012 release, Traveler, Douglas moved beyond his Nashville home base to places like New York, New Orleans, Montreal, and the UK to capture his most diverse set yet.

Besides an appearance by Krauss & Union Station, the guest list on Traveler includes Eric Clapton, Paul Simon, Dr. John, and Mumford & Sons. Clapton in particular doesn't often appear on other artists' albums, but it turns out he and Douglas are longtime friends. After a little wrangling, they agreed to cover Chris Kenner's R&B classic "Something You Got." 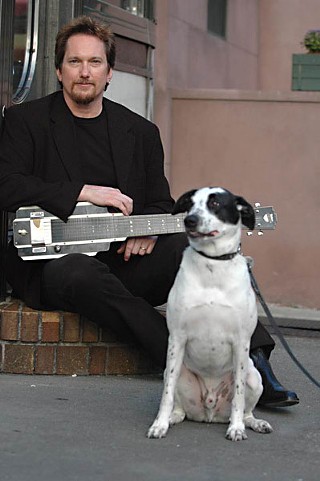 "I played at the first of his Crossroads Festivals with James Taylor and Vince Gill," Douglas recalls. "Then the second one, I was with Alison, and I also played with him and Sheryl Crow. I asked him a long time ago to be on a record, but he couldn't do it. When I was planning this one, I asked him in advance. I played him the song, and he went nuts over it.

Meanwhile, Douglas turned into a mentor of sorts for Mumford & Sons after playing with them early on at the Telluride Bluegrass Festival. Discussing their sound, he's adamant about what they sound like and why they're special.

"I don't think it's bluegrass, and I know what bluegrass is. A lot of people lump them into that category because they don't know what to call it. They're a folk band. It's a new resurgence of folk music. When I first heard them, I heard something really different and good. They do something to an audience that bands haven't done in a long time." – Jim Caligiuri


Terri Hendrix's 2010 album, Cry Till You Laugh, was issued with a simultaneous book release and an addendum: Cry Till You Laugh – The Part That Ain't Art. Both represent the focus of optimism and dogged perseverance that pervade the San Marcos songwriter's work, especially behind her latest effort of building a community arts center. As empowering and authentic in life as in her art. – Doug Freeman


With his band Spearhead, Michael Franti brings something different to OSMF. His positive message and universal rhythms are roots music, just of a different stripe than some may be accustomed to. With recent Top 40 success for All Rebel Rockers and The Sound of Sunshine, the Bay Area singer/rapper appears to some to have mellowed, but he promises continued social consciousness with the upcoming All People. – Jim Caligiuri


He's still the dapper frontman, but James Hunter changed the name of his act to honor his longtime band. The British soul man's latest, Minute by Minute, finds him working with producer Gabriel Roth of Amy Winehouse and Daptone fame. The combination takes Hunter's sound to new places while remaining deeply ingrained in the horn-fueled R&B he and the Six execute so well. – Jim Caligiuri


One of 2013's biggest surprises has to be the return of Austin's the Reivers. With Second Story, their first new music in 22 years, one of the Eighties' New Sincerity bands continues with familiar chemistry. John Croslin and Kim Longacre's vocals remain entwined with delicious urgency, and the band's combination of jangle and folk-inflected pop retains a distinctive quality. – Jim Caligiuri


Defying expectations as much as genre, the Gourds' most recent LP, 2011's Old Mad Joy, maintains their eclectic romp. Recorded in Woodstock, N.Y., at Levon Helm's studio, the album highlights the Austin quintet's affinity with the Band's timeless sound, though still tangled in the sprawling roots wrangling of their own infamous Gourdian knots. – Doug Freeman 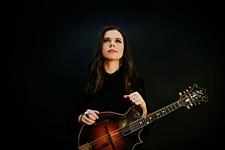