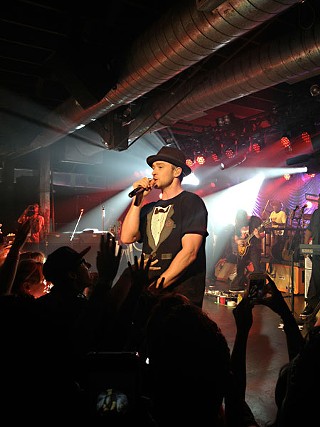 In the pandemonium of South by Southwest, I completely missed the news that an Argentinean with one lung got elected to the holiest Catholic perch – another reminder that I need to call my grandmother once in a while. My deepest apologies go out to Pope Francis, and my girlfriend too, but when 2,000 bands come to my backyard, I can be a little preoccupied. The only detachment from my round-the-clock immersion came from watching the maelstrom from the 18th floor of the Omni Hotel, out of which the Chronicle's satellite SXSW office operates. That's when I realized dozens of bands playing simultaneously sounds exactly like the Mars Volta.

Foo filmmaker Dave Grohl memorialized Sound City Studios every chance he got, but in his Thursday SXSW keynote speech, the Nirvana drummer explained how multitracking on a "crappy old handheld tape recorder" at 13 taught him his most valuable music lesson: "There's no right or wrong; there is only your voice." That night, Chuck D, whose voice I've always admired, performed in the giant Doritos box, which reached capacity for headliner LL Cool J and forced my column predecessor Austin Powell and myself to watch from the Casino El Camino back staircase.

On Friday night, Green Day frontman Billie Joe Armstrong, fresh and clean from a recent rehab stint, pinballed around the Moody Theater stage with renewed energy, while the Flaming Lips bored the hell out of thousands at Auditorium Shores. Playing their monotone new album The Terror and debuting a new stage show, the veteran Okies trekked out on their current campaign with frontman Wayne Coyne ensconced in tubes of light, cradling a fake baby, and holding a backup singer by her hair. As the listless crowd streamed towards the exit, only Tony Clifton walked toward the stage. Andy Kaufman's alter ego, now played by Bob Zmuda, was headed backstage to shoot footage for a Lips documentary.

The next night, Prince did the exact opposite by giving a much smaller audience exactly what they wanted in the form of a six-encore vamp that kept the party going until 3am. Across town, Justin Timberlake, the rare artist about whom people wouldn't dare say "I like his early stuff better," played an even smaller club. Though I'd given my ticket away to a co-worker who adores him, I still caught the last 45 minutes of JT's performance through a chain-link fence surrounded by 150 women who shrieked wildly each time the "SexyBack" singer came into view through the club's doorway. Not my typical Saturday night scene, but SXSW has a way of bringing us into weird situations.

Rumors of appearances by Daft Punk, Paul McCartney, and Jay-Z never materialized, and the only place suspected performer Lil Wayne showed up was a Los Angeles emergency room after suffering seizures. We got surprised by P. Diddy, though, who dropped in on French Montana's Fader Fort set to remind us that "It's All About the Benjamins." 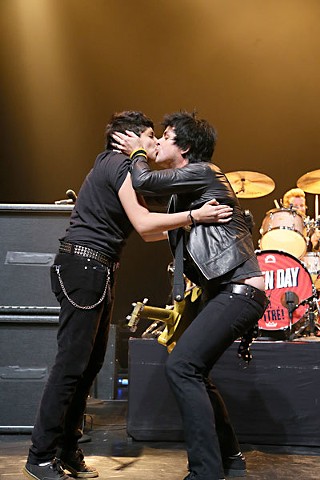 Thurston Moore repeatedly honored Roky Erickson, dedicating "Empires of Time" to the king demon of psych rock, who bridged a generation gap by playing the backyard of modern psych hotbed Hotel Vegas. Hobbled thrash-core vocalist Lee Spielman sacrificed his personal safety, crowd-surfing with an ankle cast as Trash Talk played a rabid late-night set to a dangerously overcrowded Scoot Inn. My most potent experience of SXSW, though, came when Death Grips detonated at the old Texas Office Products warehouse on Saturday night. A notably caustic vibe preceded the hardcore electro-rap duo's performance, which took place on a small stage directly in the middle of the giant hangar, and, from the first shot of MC Ride's guttural raps and Zach Hill's manic beats, the place went off like a bomb. With strobe lights flashing in the pitch black, big pill-shaped projectiles bouncing around, speakers pumping sound from every direction, and the very real possibility of getting thrown into a support beam by the wild crowd, the show's sensory experience matched the music: chaotic, warped, and thrilling.

If you thought Sunday meant winding down, you were sadly mistaken. Mos Def and Mannie Fresh closed down SXSW with a showcase at Holy Mountain, while uptown Eric Clapton, whose touring band includes Austin's Doyle Bramhall II on guitar, wailed at the Frank Erwin Center and welcomed local blues royalty Jimmie Vaughan for a cover of Albert Collins' "Black Cat Bone." Both Vaughan and Bramhall (who was joined by his Hollywood squeeze and former local Renée Zellweger) jammed at Antone's the next night in a farewell to the legendary blues venue's Downtown location. The send-off included appearances by all the Antone's regulars – Bob Schneider, Denny Freeman, Marcia Ball, etc. – with Malford Milligan performing the evening's most appropriate tune in Sam Cooke's "A Change Is Gonna Come." Two statements most repeated onstage that night: "Thanks to Clifford Antone for bringing the blues to Austin" and "See you on East Riverside."

Considering this relentless succession of musical insanity all happening right here in Austin, I doubt anyone elsewhere in the world has anything comparably cool to talk about – except maybe that new Pope.

› Transmission Entertainment, the local company that puts on Fun Fun Fun Fest and books various Downtown venues, has partnered with ACL Live at the Moody Theater co-owners Stratus Properties. Transmission gains financial support to boost their musical adventures. "If you've got a great idea, you've got to act on it," explained Transmission head James Moody. "This extra flow of capital will allow us to do that." Co-owner Graham Williams says they won't change the location or style of bookings of the festival. "We can take some more risks, step up promotion, production, and even some of the talent, but our goal has always been to do the same fest, just better each year." Transmission already occasionally books the Moody Theater, but the partnership will likely lead to increased collaboration on concerts at the 2,700-capacity club.

› The rare music festival that requires no stages, speakers, or lead singers, Honk!TX celebrates mobile music of the streets, importing the country's wildest marching bands to Austin for a weekend of brass and beats. The third annual festival kicks off on Friday night at 6pm with 19 bands invading South Congress to perform at Jo's Coffee, Snack Bar, and the food trailer parking lot. Saturday, the madness descends on Adams Park, Hemphill Park, and Spider House for a string of performances, noon-8pm. The grand finale comes on Sunday as the bands collect at Pan American Park and parade through East Austin starting at noon.