Walk With Me (Wrasse) 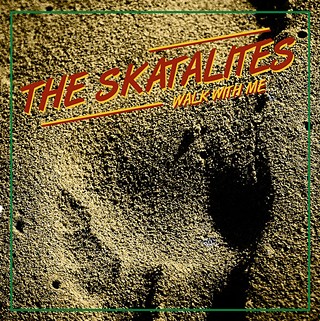 Walk With Me (Wrasse)


Before dubstep came reggae, and before reggae came ska, Lester Sterling made history backing Bob Marley, Peter Tosh, and Jimmy Cliff. At 77, he still blows his golden alto sax. Witness Walk With Me, an imported mix of new and re-recorded numbers by the Jamaican legend and his seven cohorts, finally available stateside. The shuffling, "Caravan"-esque "Desert Ska" opens on a Caribbean Ellington groove maintained on "Lalibela," named for the holy Ethiopian city. "Hot Flash" upsets a can of James Brown-worthy funk, while vocalist Doreen Shaffer shines on "This Is Love." Though many have been lost over the decades, the Skatalites remain Jamaica's answer to the Buena Vista Social Club. New versions of "Song for my Father" and "King Solomon" feature the last beats laid down by original drummer Lloyd Knibb, who died last fall. Closing remix "Dub Lalibela" demonstrates dancehall done right. Pass it along! (1am, Flamingo Cantina; Sat., 1am, Stage on Sixth Patio) 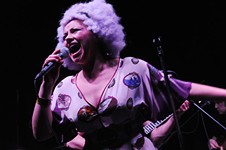