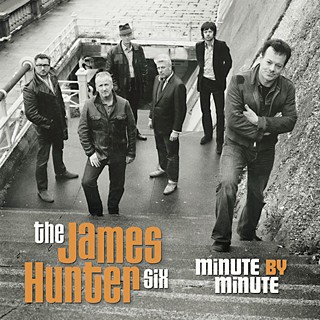 
More than 20 years together, James Hunter's newly anointed Six demonstrate bonded loyalty in sound. Minute by Minute follows the format of the R&B hawk's two previous discs, including 2006's Grammy-nominated People Gonna Talk, unremitting Northern UK soul so authentic it's seemingly beamed from the Sixties. This time out, producer Gabriel Roth, known for his work with Amy Winehouse, Sharon Jones, and Daptone Records, stresses James Brown funk straight out of the box with "Chicken Switch," whereas Hunter's sound mostly echoed Sam Cooke and Jackie Wilson in the past. There's chunky, blue-beat ska on "Let the Monkey Ride," and the proceedings end with "If I Only Knew," a breezy acoustic ballad. The combination of Roth's deft touch, Hunter's gritty vocals, and the band's skilled musicianship makes Minute by Minute one of the best of the year. (8pm, Antone's; Sat., 3:30pm, Auditorium Shores Stage)