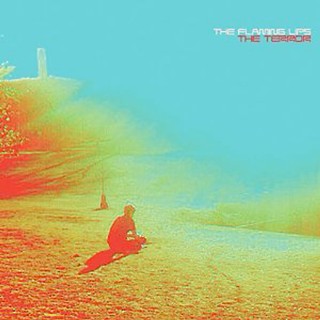 
In space, no one can hear you scream, but here's what it would sound like if Wayne Coyne tried. Whereas 2009's Embryonic represented a cosmic reawakening for the Flaming Lips, signaling a new direction for the experimental Okies' third decade, the band's 13th studio album retreats further to the dark, fraying edges of manic depression. Helmed by longtime producer Dave Fridmann between Heady Fwends collaborations, The Terror possesses a distinct, late-night afterglow, stretching 54 minutes across nine tracks. It's all fog machines and mirrors, with heavy synth riffs and deep motorik grooves that loop ad infinitum. Opener "Look ... the Sun Is Rising" and highlight "You Lust" conjure the Silver Apples' outer-limits of minimalism and the dystopian futurism of Thom Yorke's Atoms for Peace, though the themes of violence and insanity certainly give a slow nod to Pink Floyd's The Dark Side of the Moon. For the Flaming Lips, it's yet another detour, not a destination. (12:15am, Belmont; Fri., 8pm, Auditorium Shores)