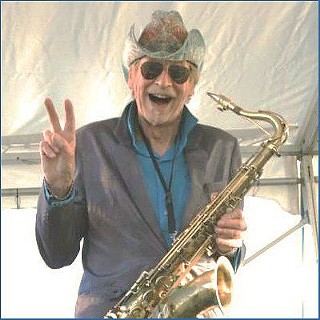 "I'd met all these free jazz musicians that would play with Eric Dolphy," he says. "They'd hang out in the Blue Note, and they were saying you don't need to be technical to express yourself. And I thought, well, I'll play free jazz in a rock band."

That's how Hawkwind became "an experimental project with all the people in it who were of different styles and stimuluses and influences."

After two decades exiled from the Hawklords, a bombardment of solo projects – including an upcoming album, tour, biography, and documentary through Cleopatra Records – precedes septuagenarian Turner, who now mounts a re-enactment of the Ritual. His fellow celebrants – Die Krupps instigator Jürgen Engler, original UK Sub Nicky Garratt, and fellow punk Geoff Miles of Chelsea – embody Turner's influence and impact. Lemmy transformed from former Hendrix amp-lugger to bass slayer in Hawkwind. Psychic TV revs up live with "Silver Machine." The Sex Pistols used to boast they were ex-roadies. (Turner knew 'em "before they were popular or famous or anything. Malcolm McLaren was a friend of mine."). He'll even be looking up an old Austin-based collaborator, fantasy novelist Michael Moorcock, while he's here.

"I think I just like to share the music with people, and share the spirit of peace and love and all getting high together and raising people's consciousness," Turner says. "It's a spiritual thing. Music is from the heart, and you can touch people's hearts and souls with it by your own attitude within it."