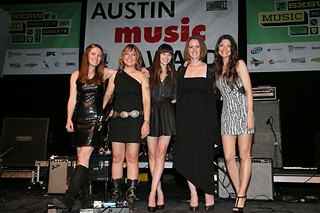 The Trishas (by Gary Miller) 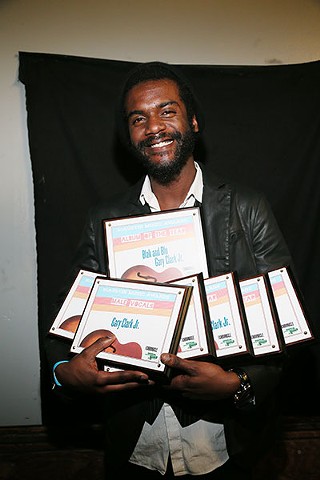 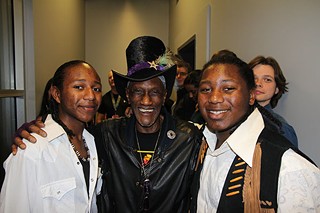 The Peterson Brothers with Bernie Worrell (by Todd V. Wolfson)

"Austin's changed, it's true, but show me what hasn't," challenges Alejandro Escovedo on "Bottom of the World" from last year's Big Station. As he took the stage with Wild Seeds and fellow True Believers Jon Dee Graham and Javier Escovedo to open the 2012/2013 Austin Music Awards, the cranes and rising skyline of that change towered in reminder outside the Austin Music Hall. 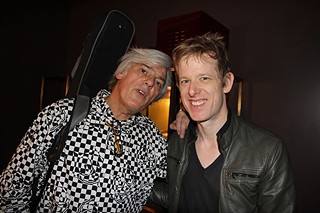 Yet the geometry of change moves in more than just straight lines; it also shapes in ever-widening circles, an expanding gyre whose core never changes. In Austin, that core remains the people, and music the pulse that ripples perpetually outward from that center. Austin thrives in the young kid slinging a dream of the blues onstage at Antone's, wherever the venue calls home. That heart pulses from a group of proto-punk kids roughhousing riffs all night long at the Hole in the Wall, rogue music dreams transforming the city with every chord. It bleeds with the songwriter, Unknown, except to those who know, until everyone knows 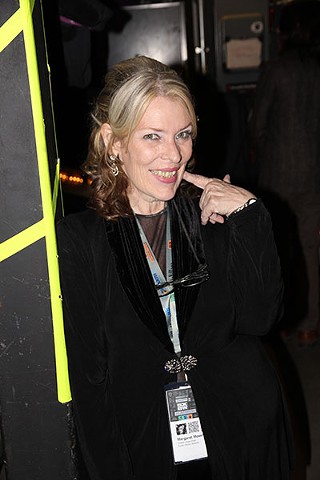 Finally, it's the misfits who became the Holy Spirit of music spreading out over the city, like Margaret Moser, the brains and tireless soul behind the AMAs since their inception. She welcomed the crowd gorgeously beaming, flowers tucked in her hair, defiant and grateful as she discussed her recent cancer diagnosis and outpouring of support. It's also Brent Grulke, whose memory and influence pervades all of SXSW and Austin, and whose unwavering devotion and support for the Bands on the Block blossomed from a few Wild Seeds and True Believers into the world's most important music festival and conference. 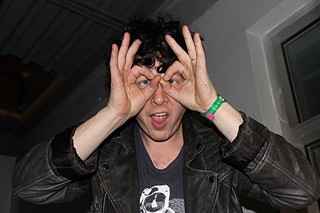 So although the 2012/2013 Austin Music Awards began with wagons circled – in care for Moser, in memory of Grulke, and in recognition of a city changing as fast as ever – Austin endures and celebrates better than it worries. When Michael Hall led Wild Seeds to begin the night's music with a set of songs beloved by Grulke, the grinning thrill of Richard Thompson's "Wall of Death" struck the perfect note of be-damned recklessness. Susan Cowsill followed by fronting a cover of Gram Parsons' "Hickory Wind," and Robyn Hitchcock joined with the Minus 5's Scott McCaughey to sing his "(A Man's Gotta Know His Limitations) Briggs." 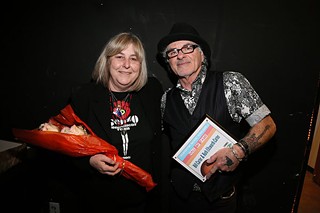 Spoon's Britt Daniel sparked "Every Star Mary" from his Nineties local contemporaries, the Wannabes, while Adrian Quesada and the Grupo Fantasma horns burned down Los Lobos' "Wake Up, Delores." As closing send-up, Escovedo played punk evangelist in front of the reunited True Believers with AC/DC's "It's a Long Way to the Top (If You Wanna Rock 'n' Roll)." Brownout stepped next to the stage after claiming the Latin Rock AMA, blowing a funk hole through the Austin Music Hall, including a cover of Neil Young's "Down by the River," while Ben Kweller charmed with the roots pop of "Penny on the Train Track" and the romping "Full Circle."

Austin's music circles expand as much generationally as they do stylistically, and the applause for Warren Hood (Best String Player) and Emily Gimble (Best Keyboards) proved the respect for familial talent. As did the reception for the Trishas, the stunning female quartet of Jamie Wilson, Liz Foster, Kelley Mickwee, and Savannah Welch, laying harmonies across "Mother of Invention" and accompanied in perfect counter by special guest Raul Malo on "A Far Cry From You."

"This is still the greatest city for music in the world, always has been and always will be," declared Carter. "You're in the right place."

As if to emphasize the point, Gary Clark Jr. flew back home directly from Finland just to accept his sweep of the 2012/2013 AMAs and join Carter in closing out the night. As the songwriter and rising guitar hero whipped into "Willie the Wimp," one of Carter's hits for Stevie Ray Vaughan, those circles of change, for a moment, connected again.

"This is crazy," acknowledged Clark with his stack of plaques. "I love you, and I love this city."