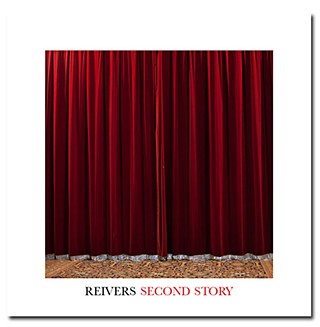 
The Reivers became iconic to Austin music right out of the gate in 1984, with the vocal melodicism of John Croslin and Kim Longacre riding the rhythmic punch of Cindy Toth (bass) and Garrett Williams. Disbanding at the dawn of the indie rock era after a quartet of acclaimed LPs and an undercutting name change (from Zeitgeist), the local foursome began performing again late last decade and exhibit a warm, familiar chemistry onstage. Regardless, reviving classics that fans never dreamed they'd witness again offers a far different proposition than an album of brand-new tunes, because no matter what toll age and wisdom take on the good old days, only fresh creations prove whether the old gods can still cut it. On the evidence of Second Story, the Reivers' first disc in 22 years, the answer commands a qualified yes. Toth and Williams continue to constitute the steadiest of beat keepers, while Croslin's jangle-crunch guitar and popwise folk rock shapes the sound distinctively. Kim Longacre's dulcet tones don't soar as high as in the band's heyday, but her weave with the dry-as-dust Croslin never fails. Indeed, the tunes that fare the best feature the pair's patented call-and-response, from the witty "Liar" and propulsive "Setting Son" to the brooding "All the Drunks Say Amen" and poptacular "Back at You." Fewer colorless, midtempo plodders like "Take Cover" and more anthemic rockers like "When She Sings" wouldn't have hurt, but Second Story ultimately contributes confidently to the legacy, its gems shining sweetly next to the Reivers' best. (The Reivers host an all-star bill of the Hickoids, Shoulders, and Wheel, Saturday, Feb. 2, at the North Door, 9pm.)